Music is sometimes a family story, and that’s exactly how Halestorm’s journey has begun.

Elisabeth “Lzzy” Hale (vocals/guitar) created the band in 1997 with her brother, Arejay Hale (drums), but they’re quickly joined by their father, Roger Hale (bass). In 2000, Leo Nessinger (guitar) starts to play with them, but he will let place to Joe Hottinger in 2003, then Josh Smith (basse) replaces Roger. Together, the four musicians create music to release the band’s first album in 2009. Since then, their rhythm is quite regular, and the last one, Vicious, is just out. This fourth full-length is just another proof of the american band’s motivation to play on every stage around the world. 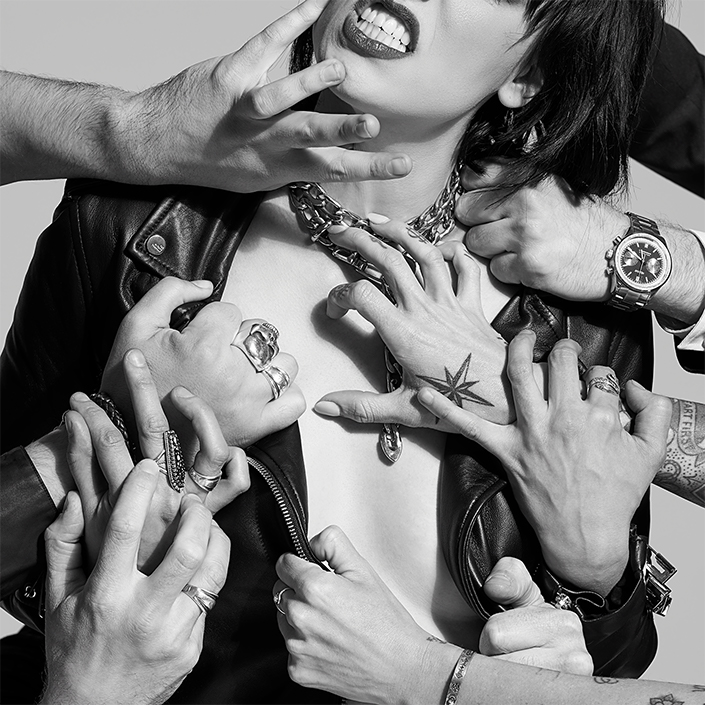 The record begins with the energic Black Vultures that makes us feel the need to move our head since the very firsts seconds. Lzzy’s voice is quite charming but also worrying, and becomes more powerful on the chorus, while guitars are heavier. The band’s jerky riffs are really effective, and this feeling corroborates with Skulls. A lot different but jerky too, this track explores a dark aspect of the band with a roaring bass on the background, while the singer uses a lot of vocal tones, by screaming or on a dancing chorus. But the four string is definitely guides the whole song, even when harmonics are really present on the break. They continue with Uncomfortable, known by fans since weeks thanks to its as energic video clip as both the rhythm part and the singer’s voice. The very fast phrasing makes us stamp on the ground.
In a quieter but as catchy vein, Buzz allows the band to highlight Lzzy’s vocals, who can sing really high while her bandmates delivers a fractious Rock, just like on Do Not Disturb, which is a bit more funky. With Conflicted, the band explores a Blues-oriented part of their sound, but with this feeling of progression and this charming voice that finally explodes.
Halestorm comes back on a pushy style for Killing Ourselves To Live, and still those jerky riffs which are the american band’s trademark, and also a mesmerizing keyboard sound that comes as a nice contrast. The solo sounds like a real burst of energy before coming back on the chorus to let place to Heart Of Novocaine. Three minutes of pure emotion with Lzzy’s voice, supported by a single acoustic guitar. The groovy lead guitar on Painkiller perfectly fits to the distinctive atmosphere of the song, where the frontwoman shows us again her powerful vocal potential.
White Dress and its disturbing riffs made me think to some chaotic Rock as the song is well shaped, but I really dig those sounds while demonstrates that Halestorm isn’t a band that sounds like other ones, they have their very own identity. The eponymous track, Vicious, is aptly named. The rhythm part that the americans play leaches into our mind, while the chorus is way more simple but still really efficient. The album quietly ends with with a last ballad named The Silence. Once again, Lzzy’s voice wreaks havoc with a really simple but touching musical support.

If I didn’t discover Halestorm recently, I admit that I realized how powerful the band is. With multiples consecutive but dissimilar atmospheres, Vicious is a mature and amazingly efficient album. I definitely not regret my will to get a bit out of my comfort zone to explore a style that I barely know, and that I look forward to discover on stage.