As a relatively young band coming from USA, it’s highly possible that you will be as much surprised by Eyelight as much as I was.

They were founded in 2015 and composed of Monica on vocals, Erik and Mark on guitars, Bryan on bass and Adrian on drums. As you can well imagine, it’s a lady that is the band’s frontwoman. Playing a groovy as hell Metalcore, they also have some Melodic Death Metal and Deathcore influences as well, but I won’t say more about them and I let them show you what they’re able to do with Silver Lining, their very first EP. 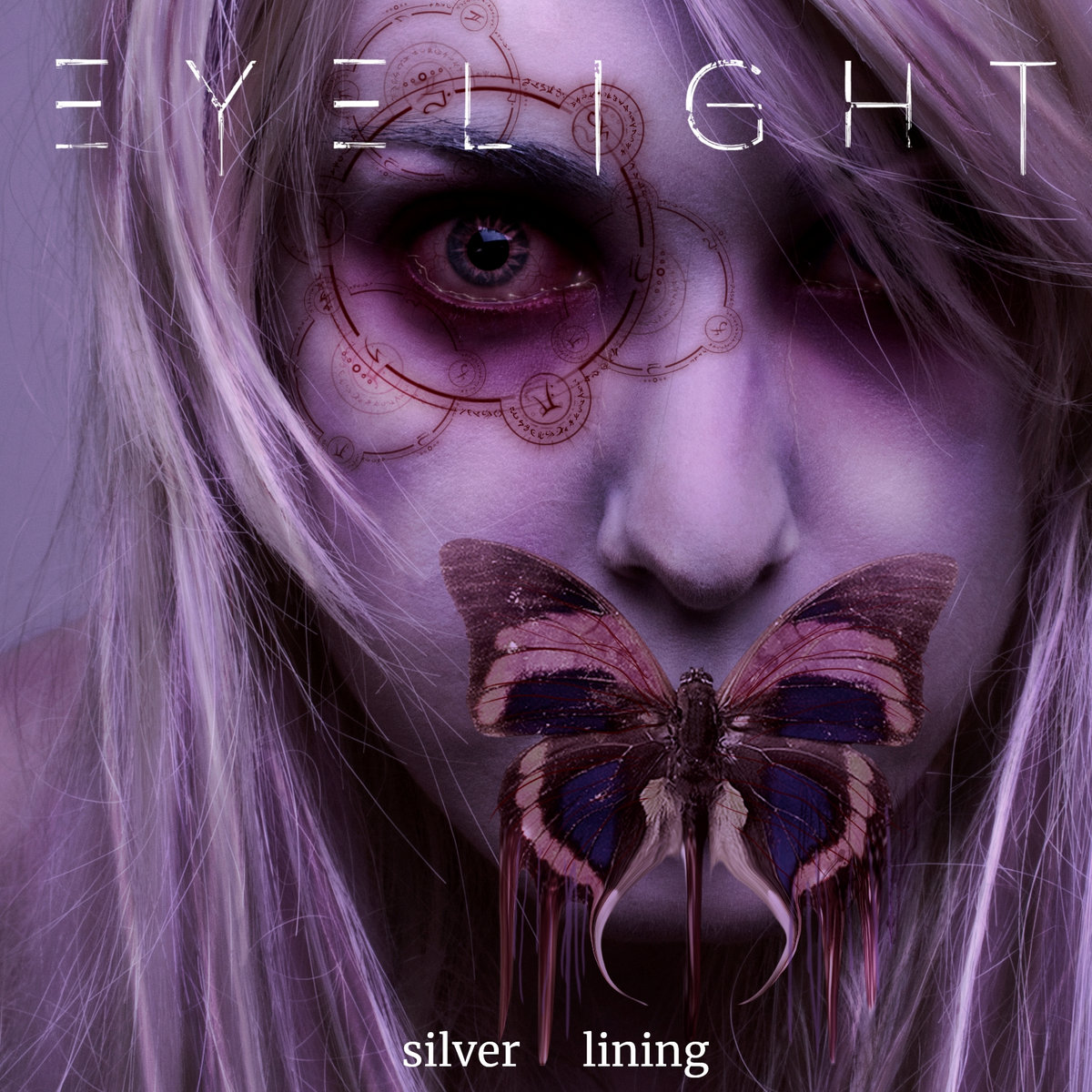 The band open battle with Black Sheep, which is in my opinion their best track. Riffs will skyrocket us in the middle of their universe to better surprise us with Monica’s devilish screams. The young woman, perfectly able to utter deep growls as well as powerful and shrilling screams, is really surprising and perfectly fits to this catchy rhythmic. The song contains jerky parts and more airy harmonics while bass roars all the time, joined by frantic drums. Here we go for Reflection, that allows to the singer a less tortures scream on the chorus, that melts efficient rhythm part and some dancing sounds, before coming back on unhealthy screams and a sharp lead guitar. Following this track, the band choose to do a transition with Conceptual, a mysterious sample, with some noises that sometimes appear.
The sequence with Gaslight is perfect, and we could even wonder if it’s not a single track. Rhythmic comes back after a howl, and it’s nearly impossible to resist headbanging. More furious and faster than ever, the singer shouts after a palm-mute break that will rejoice moshers, then sings alone, only supported by some guitar noises that finally calls for the main riff. A piano part will disrupt the song before going again for an explosive final part. The last track, Lucid, is the one the band chose to present the EP through a video clip. A more classical Metalcore basis, on which the singer screams, and lead guitar that slates melodic harmonics with a keyboard sample on the bottom, and it’s on the final part that the band federates with a powerful, on which the lady shows her full potential.

While I noticed a kind of stagnation into the Metalcore scene, Eyelight is the band that makes me reconnect with the style again. Even if they didn’t strictly speaking create a revolution with Silver Lining, the americans show that they’re able to give their best to make us move. Halfway between Jinjer, Otep, Suicide Silence and Chelsea Grin, controlled violence lovers will really enjoy.