The Russian scene, however underrepresented internationally, is currently rising, as Pannychida who are coming back.

The Russian scene, however underrepresented internationally, is currently rising, as Pannychida who are coming back. Created in 1992, the band suffered line-up changes through their four full-length and celebrates this year their twenty-seven years of career with on board Dmitry Trishin (drums), Elena Trishina (guitar), Stanislav Korchagin (bass), Konstantin Chetverikov (guitar, originally vocals) and finally Denis Semenov (vocals). After long years of silence, Missense Mutation is released at the end of 2018 to reconnect with the Russians’ Death Metal dyed with Gothic influences. Be ready or suffer. 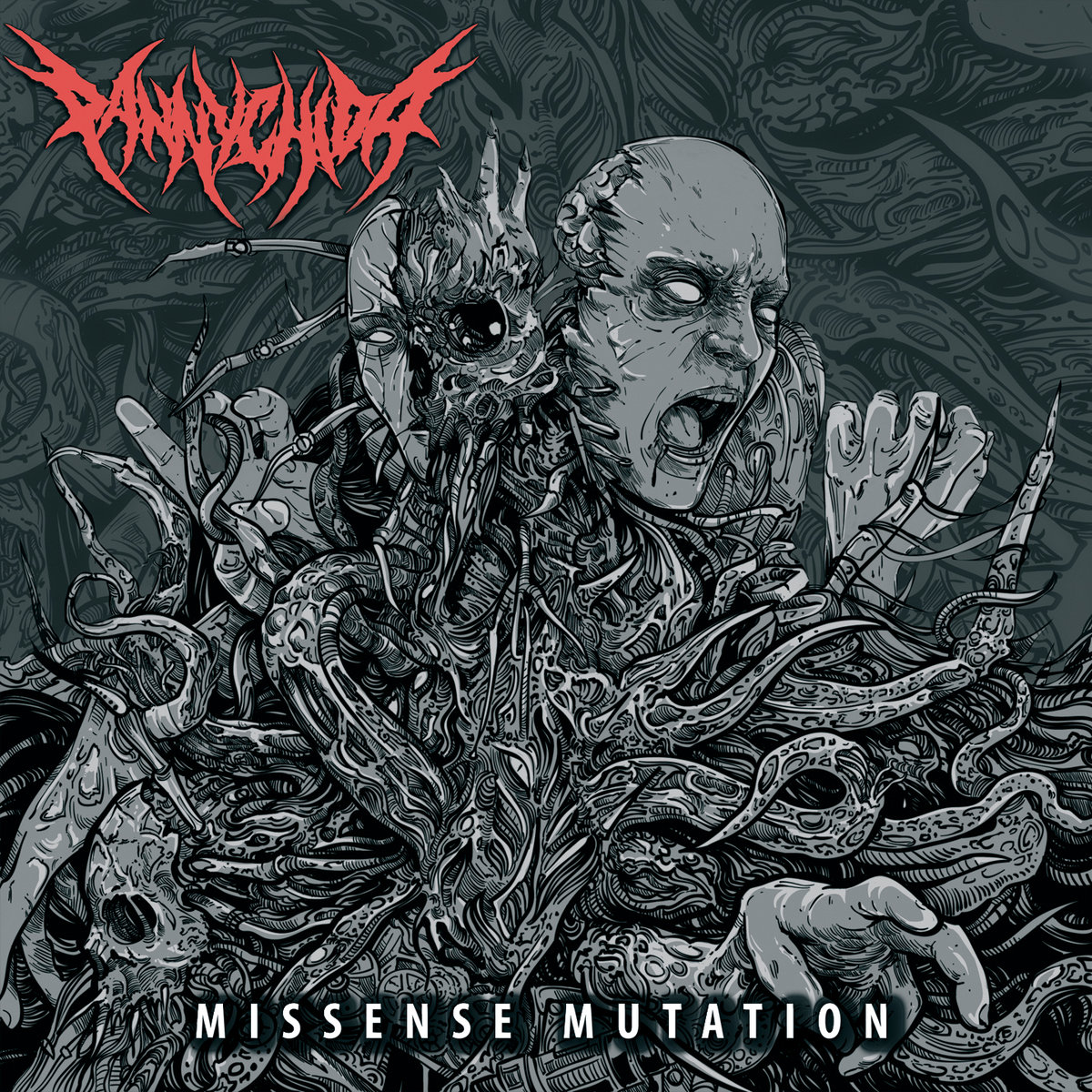 The track Missense Mutation begins this album with an Old School as hell riff that geniously highlights Gothic influences. After this melancholic introduction, rhythmic suddenly knock us down, under blast beat and the Russians’ fastness. Denis’ vocals perfectly fit to the sound, with his really low tessitura that allows the musicians to unleash themselves on the background. Bass is clearly brought to the fore, with this lead part that crops up while guitars become quieter. Mental Thromb is more impacting, with riffs that focus on technicity and fastness with a sharp mix, guitars answer to themselves during a harmonic duel before teaming up for an impressive groovy part, while Harmonious Mechanism comes back on this Old School side. Blast beat, pure and simple speed combined to a very efficient rhythmic. The only moment’s relief is the bass solo, before returning on powerful riffs.
We leave again for Groove/Brutal Death with Subsistence Will for a really greasy sound, really jerky and more importantly which makes us want to headbang since the firsts seconds. Very catchy but also very violent, the composition doesn’t hesitate to hasten before coming back to a softer rhythm, but still with this characteristic heaviness.While we think the track ends, it resumes a bit before leaving for Trapped, a resolutely more airy song, and not only during the introduction. But after the first half, another spurt stops this quiet atmosphere and will definitely strengthen the band’s sound. However, harmonics are still here, just like heaviness is part of Fear Generates Tolerance, a track that won’t let us question about the word violence’s meaning.
Dissonant sounds resurfaces on Blinds Lead Blinds, and even when riffs get stronger, those sounds still slip in harmonics that the guitar players skillfully play. Bass regains an important role for Absurd Attack, directly introducing the song and building upon the rhythmic with a slamming sound. Once again, the band plays the Old School card by offering an efficient song but that also relies upon Groove parts to be pleasant. A psychedelic tones guitar solo allows the band to link this long track’s different part, before ending on another solo and leave for False Victim. This last song, well focused on a heavy and dancing rhythmic, is also full of edged harmonics, and enable the band to close the record in beauty.

It’s a winning return for Pannychida with a Missense Mutation that was kindly desired but which meets our expectations. Focusing on an unhealthy, heavy and uncompromised Death Metal, the band adds its personal touch to a yet violent style. We can wish the russians a bit more of international recognition, but also to pursue in this way they succeed in.