After a short period of silence, Relics Of Humanity comes again out of the shadow to ravage the Death Metal scene.

Formed in 2007 in Bielorussia, only drummer Pavel Vilchitsky (Essence Of Datum, Omnious Scriptures) and guitarist Sergey Liakh (Omnious Scriptures) remain from the original line-up. To this duo, we add Pavel Lapkovskiy (bass, Downcross) and A.J. Magana (vocals, Deprecated, ex-Defeated Sanity, ex-Disgorge) for more violence, which give us Obscuration, the band’s last EP. On stage, they can count on Pavel Nalecki’s voice (Omnious Scriptures) to scream on the songs from the band’s discography which also counts two full-lengths. Let the fury begin. 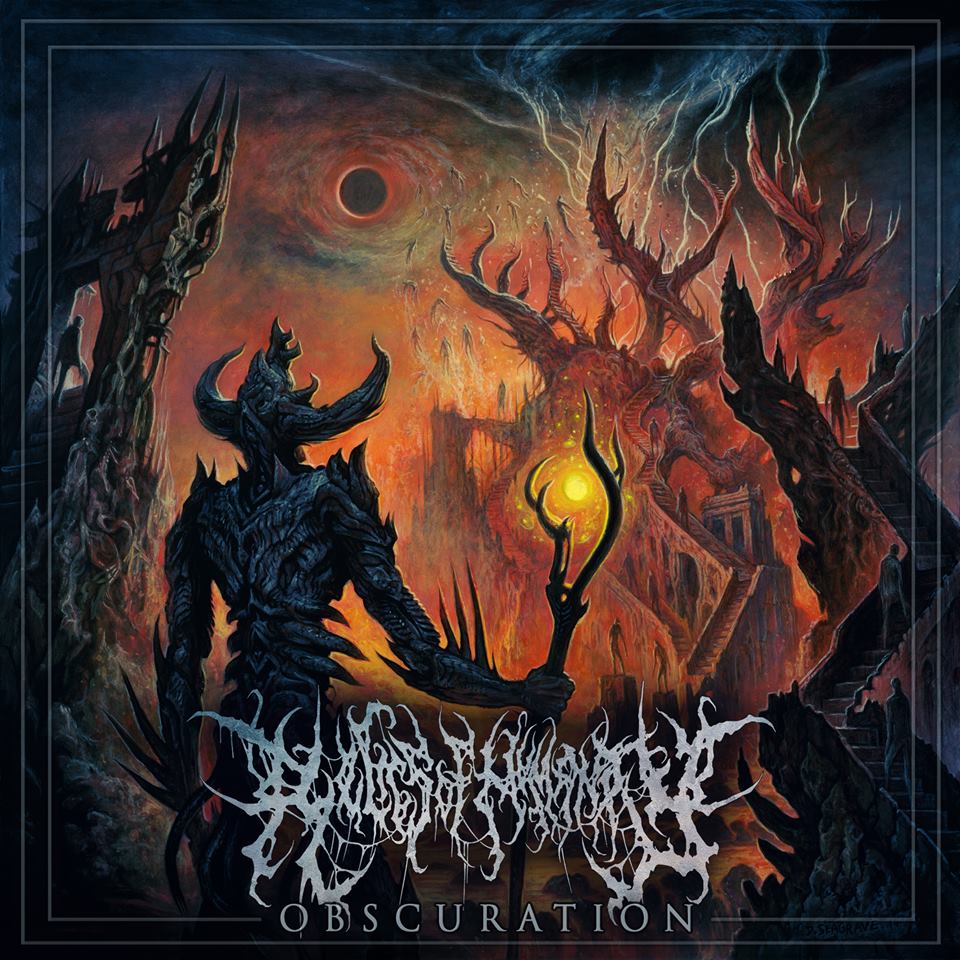 We begin with Reston Rapp, a short track that gives us the mood: compositions will be dark, tortured and really heavy. Guitars perfectly sound and Ana Kihu Alamu is a perfect example. Derek Boyer (bass, Suffocation, Deprecated, Criminal Element, ex-Disgorge) lends his instrument and his talent to the band for a brief but intense composition that melts unbridled blast beat and great rhythmic. Technicity meets accuracy and strength to seduce, and I understand why this song was chosen to present us the EP last year. With this excellent departure, the band won’t stop this now and offer us When Darkness Consume God’s Throne, another unfurling wave of music that connects unhealthy harmonics with the heaviest sound possible. Switching between Brutal Death rhythmic and Slam Death moments, riffs stop for an worrying sample that closes the song.
But no worries, we resume in no time with Whipping The Cursed, that picks up the band’s heaviness again as they initiate since the EP’s very beginning, while combinate it with a blackness in the composition, that makes it really soaring. Obviously, stunning breaks are here to make us back down to earth before Legions Of The Unbowed. In a very personal feeling, continuous blast beat soothes me, and the bold riffs, sprayed with bass’ roarings and A.J.’s furious screams are crazy. Unfortunately this song has quickly passed, and it ends to let place to Stench Of Burning Heavens, the last one. Once again, two minutes of pure violence fall upon us without any kind of mercy, just a fast sequence of bold riffs with this dark side that we all love.

If Relics Of Humanity has chosen a very short EP for this new contact with the Metal scène, Obscuration is undoubtedly one of the most expected releases of this early year. The band’s style allow them to easily blend sick tones and powerful riffs. Back on the road again in a very short time, the belarusians come to punch Europe in the face, so rush on one of their shows just like me!