The most beautiful surprises sometimes come from unexpected horizons, and Wormwitch is the last proof.

Created in 2015 in Canada, only two of the three founder members are still in the band : Robin Harris (basse/vocals) and Colby Hink (guitar, Old Graves). Drummer Israel Langlais (Atavistia, Unbeheld) permanently joined in 2018 following the previous one’s departure, and Kyle Tavares (guitar, Seer) holds the second guitar duty on stage. About their discography, the band just released Heaven That Dwells Within, its second record, only two years after the first one. 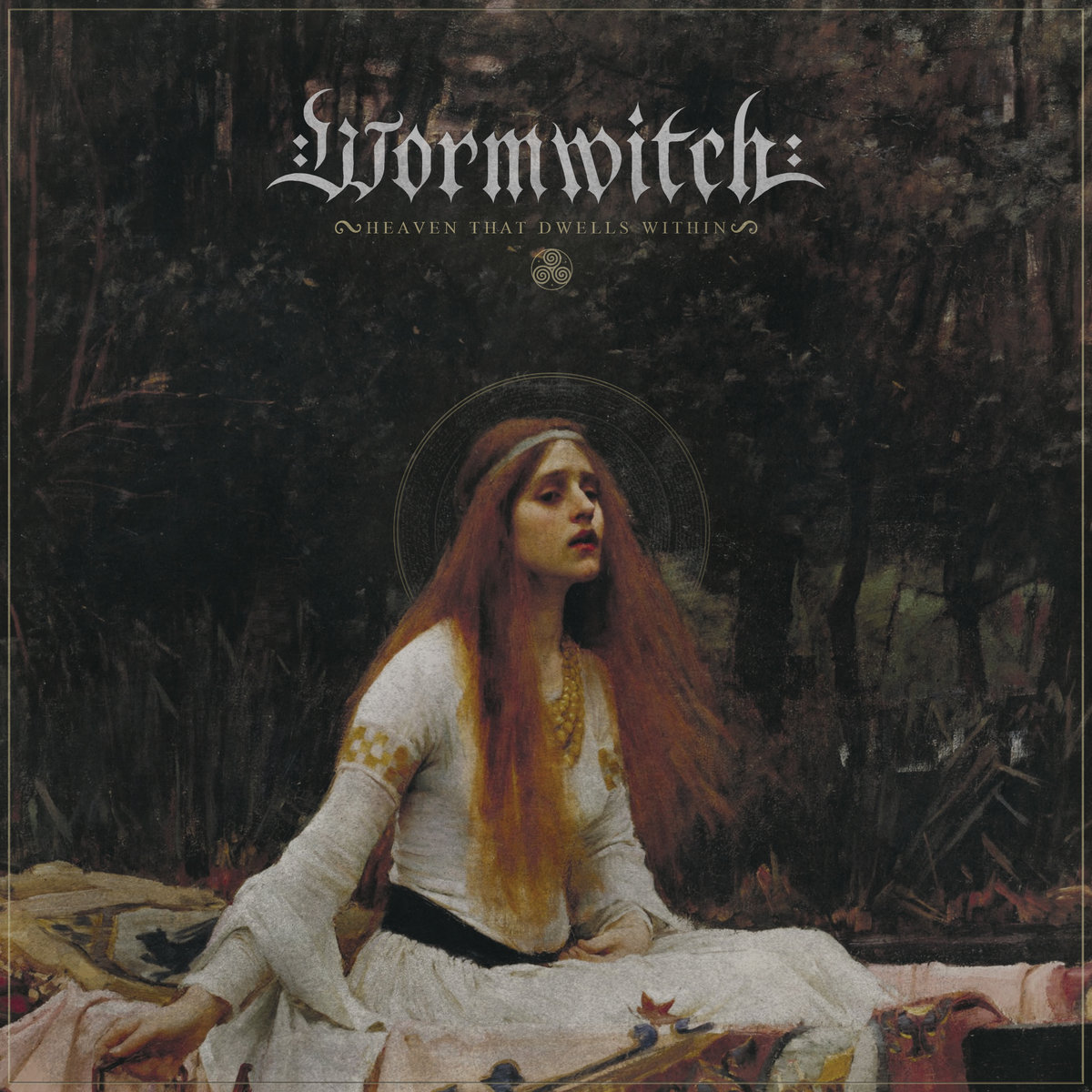 It’s with a motivating drum part that Disciple Of The Serpent Star, the first track, begins. The sound, perfectly mixed, is a clever blend between Crust drums and dirty as Hell Black Metal riffs. Vocals, even if they’re saturated, transcribes some kind of quietness, that constrasts with the canadian trio’s obvious rage. And this atmosphere lasts through melodic harmonics until Vernal Womb. Focusing on a stunning rhythm part, the song is heady, and it is hard not to yield to the band’s dark universe. Some choirs join a devastating blast, and it’s on this diversity that Wormwitch plays, just like on Two Wolves, an epic sounding track. The song’s inner progression is catching, and we are quickly fascinated by the riffs, that proceeds at its own pace.
Spirit Braid is the following one, with a sound that focuses more on a Melodic Black Metal, but without letting this dirty and unhealthy side go, that the style imposed since the beginning. Drums’ speeding restarts the machine, but the track is short. Way longer, but also really faster, Benighted Blade is in my opinion the song that represents the best the band : a skilful blend of power, wonderful harmonics, omnipresent violence and last but not least vocals that are able to transmit any feeling through striking screams. Another aspect of the full-length, Midnight Sun is a slower song, but that highlights bass. Languor takes place, and I surprise myself to nodle following the rhythm without being conscious of it. Rhythmic gets faster, slower, faster… until Dancing In The Ashes. A mystical ambience settles down, quickly joined by an astonishing clean voice that gives the track its cold aspect before coming back to something more coherent with what we listened until now.
We come back on pure and raw furor with Lord Of Chains and an as visceral than violent riff that hits without any kind of mercy. The bad plays with harmonics to make our mind travel while a flood of power falls on us until Iron Woman. Lead guitar doesn’t hide its influences to overlap to an intriguing rhythmic that goes through some stages before coming back to its infernal race, with some near Punk-sounding choirs. We’re already on this album’s last track, and it’s the soft Alone Before The Doors Of The Silent House that takes care of closing the record. We find back both this dark quietness and sadness-filled melodies, but also this energy that slowly fades to leave us alone in the silence.

With their very own extremely rich universe, Wormwitch offers a sink into darkness to the listener. Even if Heaven That Dwells Within’s tracks follow, they do not resemble, but they stay coherent and linked to each other, and it’s a real pleasure to follow this journey. With just few shows behind us, the band’s will is to play on stage, and I really hope that one of their next runs will include Europe.

One thought on “Review 160 : Wormwitch – Heaven That Dwells Within – English”