This time, I advice to wear a mouth guard, because Recurrent Pain isn’t here for anything else than punching everyone!

Created in Austria in 2011, Markus (guitar), Bani (vocals), Tobias (bass) and Tom (drums) wanted to go back to Old School Hardcore roots melted with 80’s Thrash Metal. Their multiple influences express themselves on a demo, an EP but mainly on A New Beginning, released at the end of 2018. Be ready. 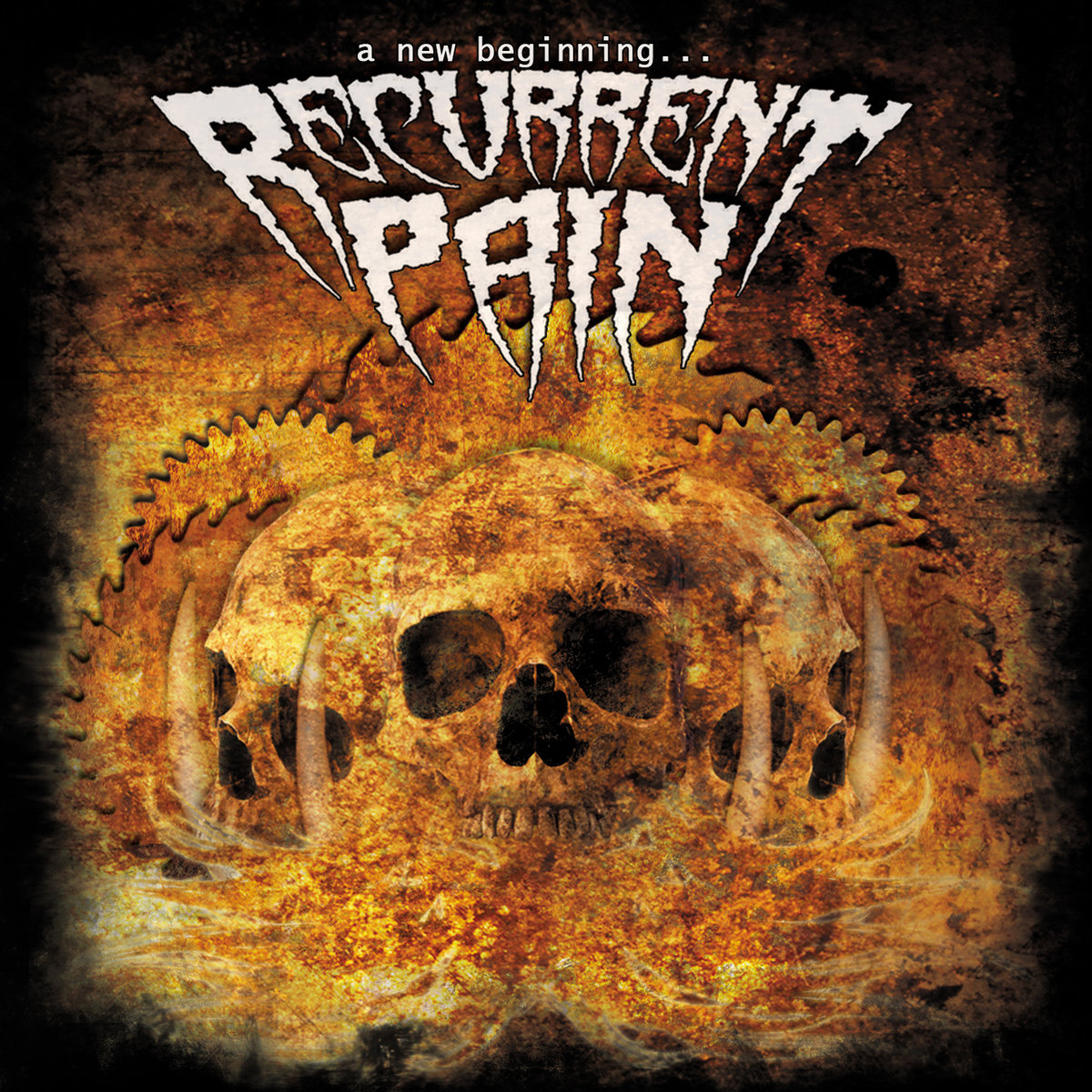 The record begins with a first composition of more than a minute named Intro, and that perfectly presents the band’s concept. Straightforward, catchy riffs and motivating vocals. So we find back the four motivated musicians for Each Days, a track that will be loved by every Old School sound fan, but with a modern mix. Breaks and groovy parts fastly clash, while the tempo slows a bit down for No Thoughts, allowing the austrians to make pleasure last, while fury stays the key element of their sound. There is the same incentive on Days Of Forever, with some more epic sounding riffs thanks to samples, but also Hardcore typical backing vocals that will be enjoyed by crowd pleasers.
After a short introduction, Another Lesson offers a minute of dissonant and dancing riffs under nearly-constant blast beat, while Make it Count focuses on stimulating drum parts to allow musicians to play some Punkish riffs. Double kick is also part of it to make us bang our head under the rhythm of the singer’s screams, but the whole track has a trend to often calm down to insist on the contrast between those two elements. Another track that runs by itself and that shows the band’s energy, Warning Shot cheerfully picks on the austrians’ roots to be the perfect track to go to the gym. We continue slower with Make A Sense, but the song isn’t made with less energy, allowing bass more freedom, mainly when guitar becomes a bit airy.
Without changing the recipe, the band send us Grow Up after a short sample, but the sound upturn is more explosive. Blast beat, rage and motivation will be the key concept od this track that should be highly successful when the band play it on stage. After a last spurt, the slow Change Your Mind will make you want to mosh, with heavy riffs since the very beginning. Hardcore’s fastness resurfaces, but always with this greasy sound no matter when. We’re coming near from the end with Alone You Die, a track that lasts less than two minutes but that doesn’t lose a single moment to give us the best from the band, and that quickly leaves for Down, the last composition. A bit more focuses on harmonics than the others, this song closes in beauty this album with a perfectly mastered will : unleash ourselves on a an exciting rhythm part.

Recurrent Pain doesn’t hide it, their sound was forged between Old School Hardcore and Thrash Metal, and even if A New Beginning doesn’t reinvent the wheel, it’s pretty good material! Riffs are faithful to the band’s roots, and as long as you like one or both styles, you will enjoy it and want to move! For a first full-length, it’s a success.