Created, composed and interpreted by Chris Gebauer (Deadspace, Veil of Fog, Cancer, ex-Earth Rot), this project is destined to be played live a thick blend of Black and Doom Metal in their darkest aspects. The watchword? “Wherever we go, there are people. Wherever there are people, there is discourse. Wherever there is discourse, there you will find art.” 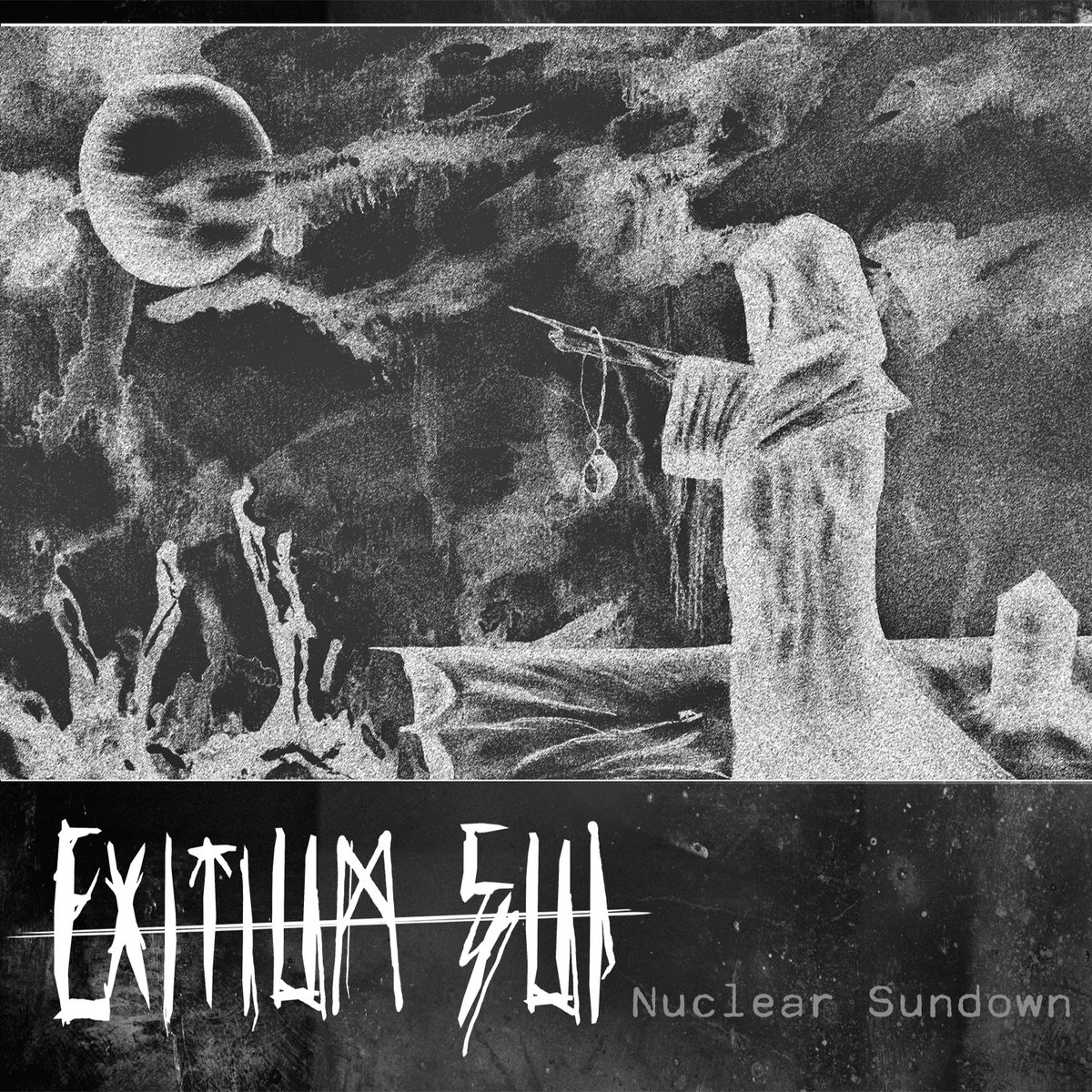 The first track, Until The End Hath Found Us, begins with a palpable ambient melancholy. And it’s finally Chris’ visceral howling that will set fire to the rhythmic. A sharp Post-Black that accelerates while screams become more massive. Blackness and violence collides, then meet the deepest despair, and the sound fades away in the air.
Nuclear Sundown focuses on riffs that borrow Funeral Doom’s languor on which the singer roars, grunts, rumbles… His lament is accompanied by the sound’s heavy ambience, rhythmed by drums that can sometimes go faster to get the machine going again, unleashing a new furious wave of sound. A real double kick steamroller finish us off, and the track may last more than ten minutes, it’s a one shot listening.

With Nuclear Sundown, Exitium Sui reveals in only two tracks an insane potential. The whole power of a mix between Black and Doom, served by a composition orchestrated from beginning to end by a master of musical darkness. Keep an eye on it.