Created in 2012 in France by Etienne Sarthou (guitar, Freitot, Karras, ex-AqME) and Pierre Duneau (vocals, Memories of a Deadman), the combo recruits a first line up and releases an EP in 2013 then its first album in 2017. Today, Fred Quota (batterie, ex-Abrahma) and Sacha Février (bass) complete the band and they record Holocaust 26:1-46, their sophomore album, still Black/Sludge-oriented. 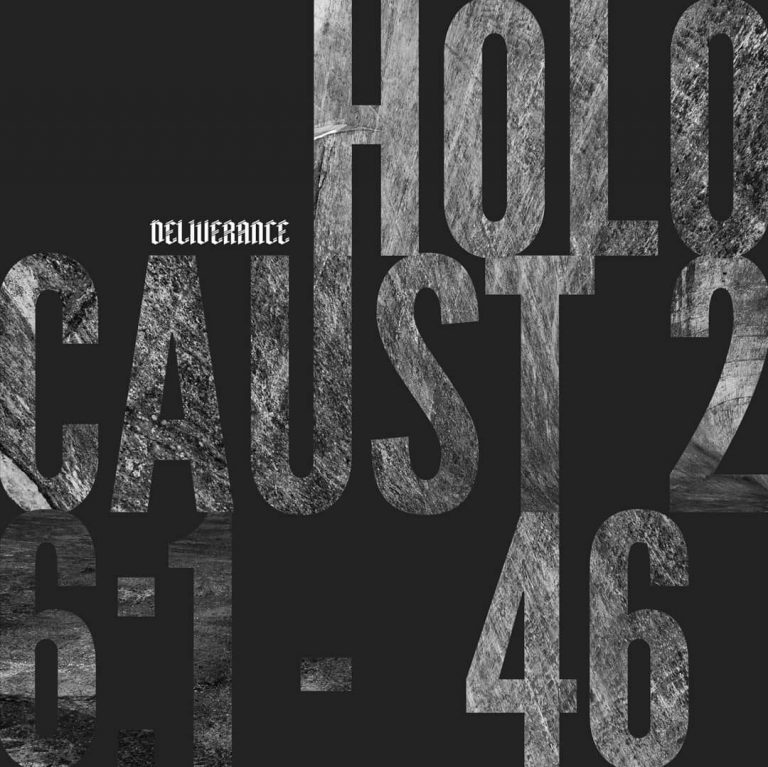 Saturnine, the first song, slowly initiates an ambience which is lumbering thanks to the Sludge aspect of the band, but also unhealthy due to the omnipresent Black Metal in the composition. Tortured vocals, softer harmonics, a mammoth rhythm basis… you might like it. From aggressive howlings and soft rhythm to more airy moments, the alchemy strengthens itself with God in Furs. The track is more violent, faster, and a nearly mystical impulse gives birth to this storm. But the song sometimes softens itself about speed, without relegating the stabbing aspect to the second level. The pattern is nearly the same for The Gyres, a song that begins with an acoustic introduction to progressively increase its intensity, adding element by element. Rhythmic part suddenly burst into flames, and the sound follows its path, naturally going to Sancte Iohannes, a quite steady song. There is no huge progression on this one, but a continuous wave instead, and it slows a bit down mainly to diversify harmonics. Holocaust for the Oblate’s stunning introduction comes, then suddenly ceases, allowing the band to recreate a different ambience. We go back again in the progression, and riffs mushrooms until a second break that will finally makes the rhythmic explode for an impressive final part. Last song, Makbenach is haunted by a gloomy ambience that governs its riffs from beginning to end. Way more Black Metal-oriented, the track still picks some heavier elements that lead its rhythmic to the flashover. The final part is more quiet, but mesmerizing.

Six tracks can seems short, but Deliverance takes the time to develop a part of their universe on each one. Holocaust 26:1-46 is a surprising album that allows its track to explode on their own way, and to assault us more and more. I think that several listening sessions will be mandatory to understand everything.