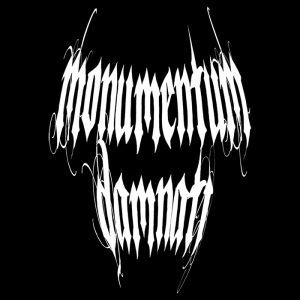 Music doesn’t care about borders, and Monumentum Damnati will prove us.

From Eastern Europe to United States of America, Abhoth (composition/lyrics/bass), Nyarlathotep (drums), Shoggoth (guitar), Athame (keyboards, Krumka?) and Thanatos (vocals) create the band in 2018. They’re joined by Rapsidis (guitar) the year after and begin to work on In the Tomb of a Forgotten King, a first album anchored in Melodic Doom/Death. Also notice Mikhail Stefanovich (vocals, Beyond The Darkness) guest appearance on some tracks. 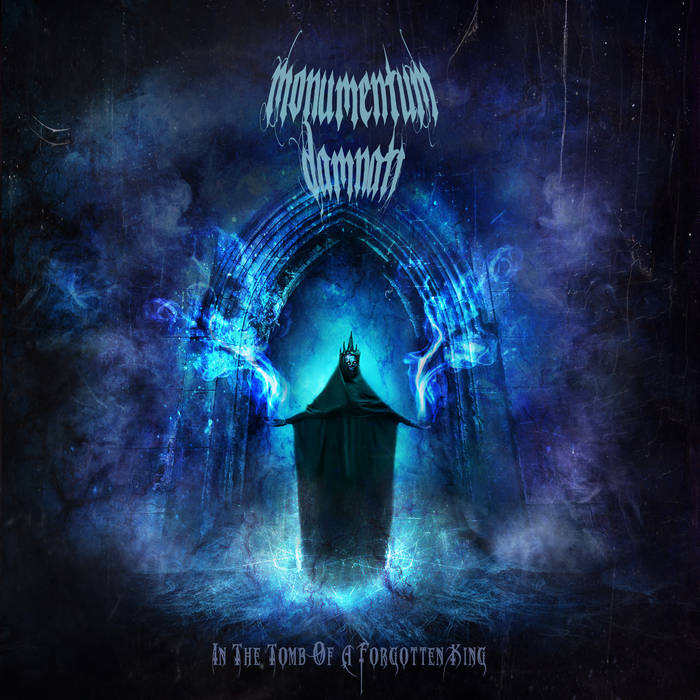 The Shining is the first song. A short instrumental introduction that reveals the band’s influences and leads us to the powerful My Bloody JJ. Whether the track begins with majestuous sounds, the Doom/Death’s divine strength quickly smashes us, as well as bestial howls. But violence is far from being the band’s only asset, so it’ between soaring harmonics, melancholic melodies and mystical samples that the song continues. There’s No Place for Life is the next one, and it’s a keyboard full of sadness that opens this slow and haunting composition. The sound perfectly supports the singer’s vocals, whether it is the rhythm part that fades away before coming back or this piercing lead guitar. The harrowing Anabiosis comes after, with a sample of water drop that slowly falls. The band’s Gothic influences melt to this song’s catchy riffs, and it’s nearly impossible not to nod. Oppressive but however fascinating, the composition creates a dark ambience that doesn’t lighten until the end.
In the Tomb of a Forgotten King, the eponymous track, rush us to a peculiar universe. Between slow clean-sounded parts and more virulent saturated-sounded, the song is really federating. Infernal Sun falls upon us as ice black, and its impressive rhythm part overcomed by some keyboard touches highly contribute to maintain this aura all along the song. In the same approach, Falling Snow is a very melodic song, but which seems to be more reachable and contrasted at the same time. As a matter of fact, if the singer’s screams are heavy, the rhythmic is more shaded, and allows to easily link both universes. Sleepless Anger also plays on this contrast between the universe two parts. Melodic harmonics clash with a powerful rhythmic basis and ambient keyboards that add this mystical touch. The band closes his album with Exorcist, an instrumental track. Even without vocals, this composition is rich enough to intrigue the listener, with keyboards, clean or saturated riffs, and above all those rhythm upturn full of leads.

Monumentum Damnati’s first album is a success. In the Tomb of a Forgotten King is simultaneously rich and captivating, making powerful songs chain to each other, with their own personality and ambience. I hope to sink into their universe soon again.

One thought on “Review 195: Monumentum Damnati – In the Tomb of a Forgotten King – English”