Even if they’re not really known in our countries, Dawn of Ashes is coming back with The Antinomian, the band’s eighth album.

Founded in United States by Kristof Bathory (vocals/keyboards, Bornless Fire, ex-Urilia) in 2001, the band evolved a lot. Between their beginning as Aggrotech/EBM, to their switch for Black/Death, many line-up moves, hiatus for renaming as Urilia, coming back to Dawn of Ashes, there was many things. So now Bahemoth (keyboards since 2005, ex-Urilia), Angel Dies (bass since 2016, ex-Urilia) as well as Krz Souls (electronic drums) and Ferny Blasphemous (guitar) gathered with the mastermind. 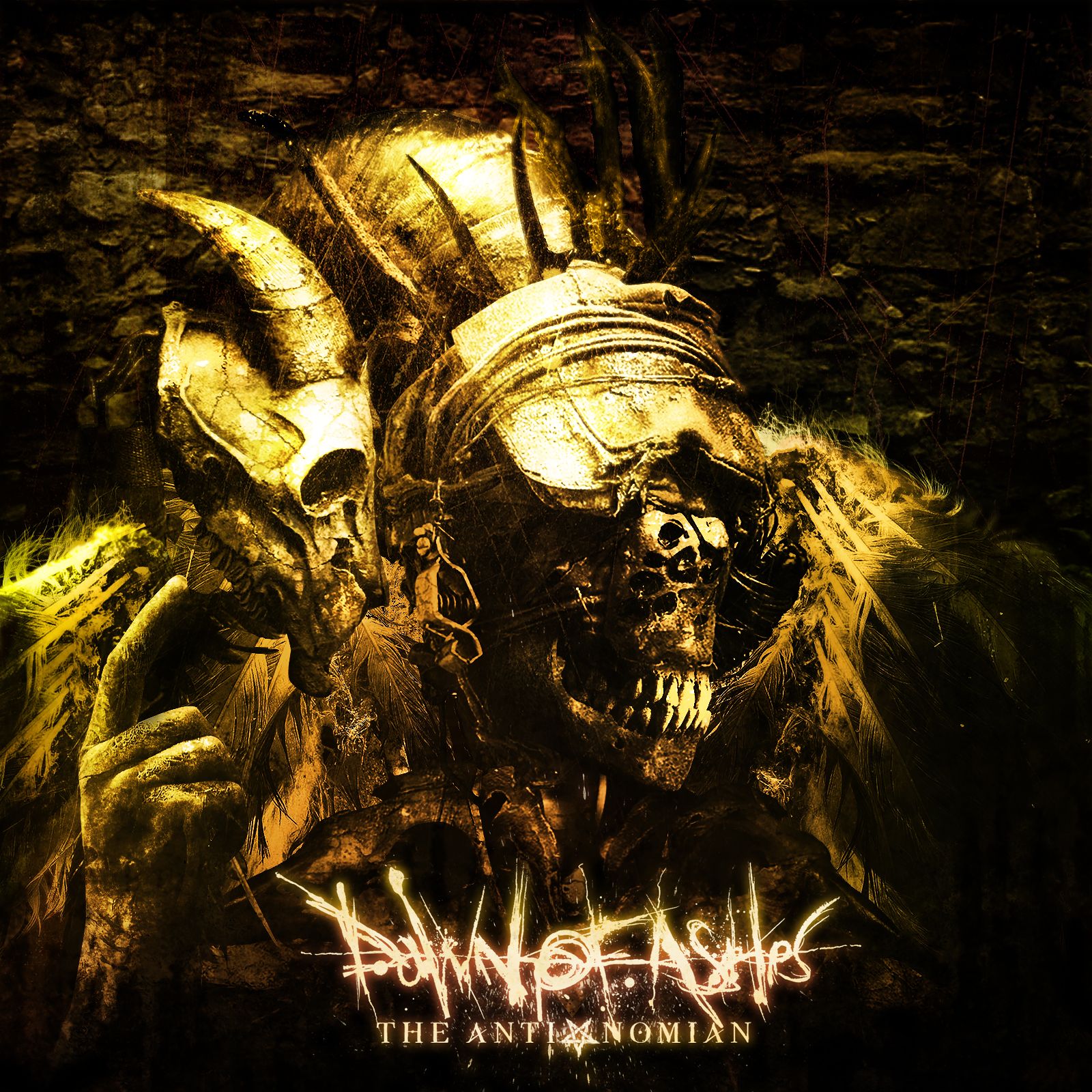 Although they came back to an Aggrotech/EBM sound since their last album, the band kept some Extreme Metal elements. Extreme saturated vocals, aggressive riffs even if marked with dark Electro sounds but also this oppression that fits to the band’s music as well as violent themes. The album begins with Pawns of the Wretched, a song that evokes the link I talked about before. Keyboards are omnipresent, but Black/Industrial Metal riffs strongly hit, gathered by this tortured vocals. A terrifying sample to begin Sleep Parapysis, then the oppressive rhythmic comes. Sound never ceases, amplifying the sensation that sticks to the song’s name, while Blood of the Titans is more martial. Tempo seems to be slower, hits are slowly stunning us, and vocals are in charge to vomit upon our face. Very anguishing, Dried Up will keep out of breath from beginning to end with this false calmness, this threatening sound and those samples.
Anatomy of the Soul comes to give an extra touch of dynamism to the sound thanks to this instrumental sound. A sampled voice warns us for the next part, but when it stops, the band abducts us in their universe. And that’s with Follow the Pain that strikes after, linking again with heaviness and oppression, but also with a dirty and violent sound before offering us a final part between softness and effective riffs. Scum of the Earth obviously made me think to one of Industrial/Horror master from the same country, but it’s clearly far from the man offers that hits us, staying in this heady and catching Aggrotech universe, sometimes accompanied by vocals. We go back on nearly dancing sonorities with Mind Prison, a song that nearly exclusively focus on dark Electro sounds before The War Within, the last song. After a long introduction, we immediately feel that the band want to fight while unleashing a simple but heavy rhythm part on post-apocalyptic keyboards, then the storm goes again. We can think that the song had ended, but this ice-cold sample escorts us until the very end.

With The Antinomian, Dawn of Ashes doesn’t deceive. The band’s universe is still as unhealthy, frightening, violent and oppressing. All those influences melt to give an one of a kind result that would please a large panel of listeners, but they have to be warned.

One thought on “Review 213: Dawn of Ashes – The Antinomian – English”