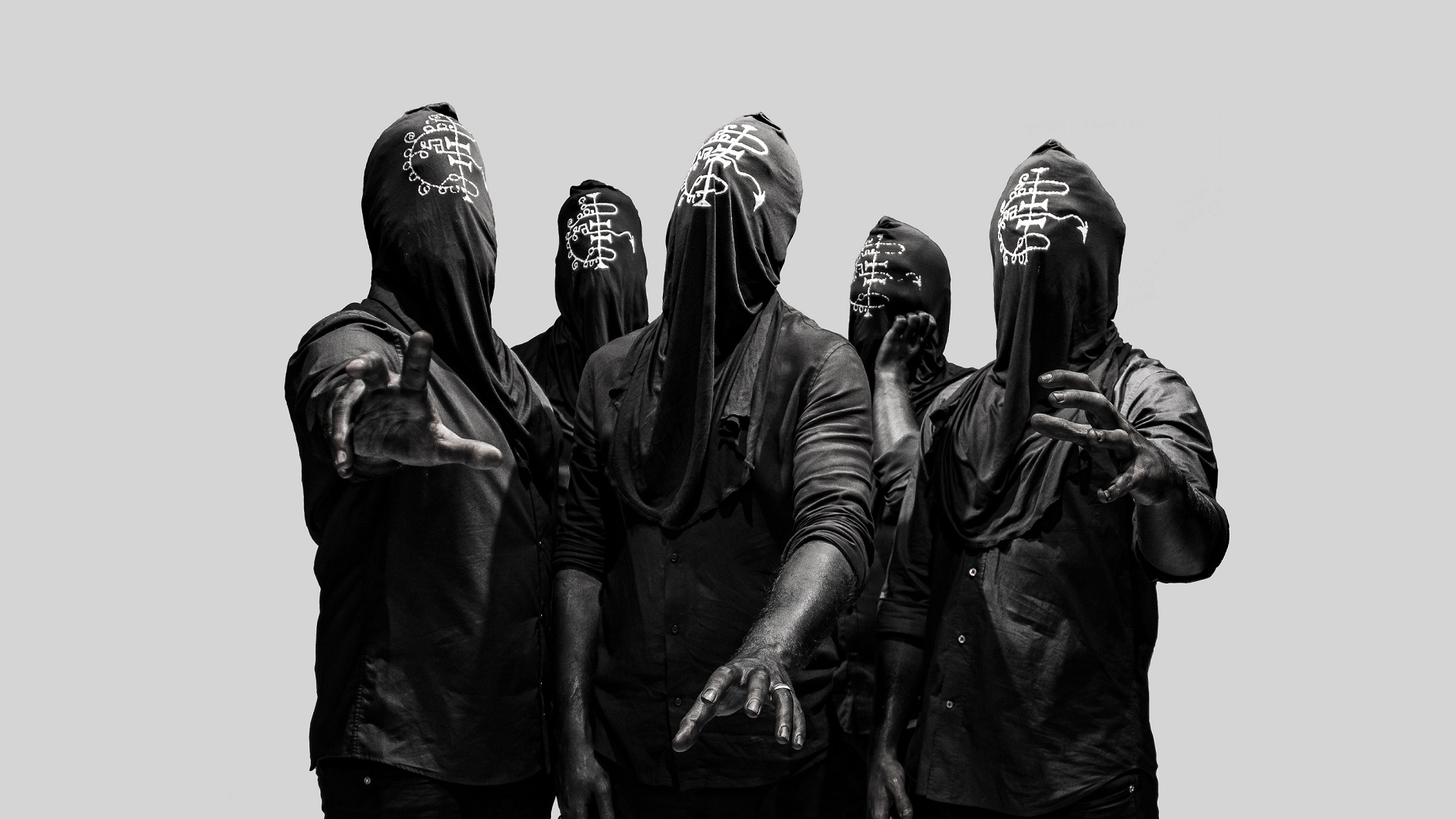 Gaerea’s new album is out. Before its release, I had the opportunity to talk with the band’s mainman.

Hello and first of all, thank you for your time. Do you mind introduce yourself and the band with your own words for someone who doesn’t know you please?
Gaerea: Gaerea is a Post/Cathartic Black Metal project emerging from Portugal. We were formed in mid 2016, released our first debut EP in that same year and began live activity in early 2017. In 2018 we released our first Full Length Album Unsettling Whispers via Transcending Obscurity Records and we began a long and vast European/Asian raid that lasted for about two years. We are currently about to release our second full length album Limbo in less than 10 days via Season of Mist and right after that we plan to spend as much time as we possibly can promoting this record all around the world.

Gaerea was born in 2016, and had since the very beginning a strong visual identity. What did motivate you to create such a concept?
Gaerea: I’m a visual artist myself for over 5 or 6 years now and I think that brutally influences me as the visual catalizer of this band. None of our albums ever written was created out of just music influences. I can’t specify or explain the inner urge to expose my inner thoughts throughout this band in the first place but I do recall the first EP being some sort of “manifesto” to me. Something I had to let out of my mind in some way. Today I am very glad I did it in such an organic and truthful way.

Limbo, your second album, is about to be released. How much time did it take to record it? Do you feel confident about its release? Do you already have some feedback?
Gaerea: It took us one week and a half to fully record it actually. We tend to record very fast while in the studio because we prepare the songs very well, we know what we want to sound like and our work relation with our producer is the best one could ask for. We feel very confident about this record and I would be cynical if I said otherwise. It’s truly Gaerea’s natural growth sound, lyric and concept wise and the reaction to the already released songs has been overwhelming. We know how much we worked for this moment and every bit of recognition fills our hearts without spoiling our strategy and goals. There is still so much to be done. So much to accomplish.

How was the composition process for this album? Was it different from the last one? Did the collaboration with Season of Mist change anything in your work?
Gaerea: I write the songs individually when the right time comes and when I am in that special mindset where everything is ready to flow naturally. Limbo was written between tours and while I was at home by myself and within my own environment. We do not write songs as a group. Once all songs are ready for the first rehearsals, everyone will do their best to include their own artistic touch to the tracks and honestly that’s where everything starts to shine. At first, these ideas need to have only one mind around them so they can be as much intimate to the core as they need to be. That’s probably the main reason why Limbo might be the most personal and devastating piece I have ever written to this day. This process was pretty much the same in the previous album even though I remember we wrote some parts of some of the songs jamming together, which I felt very frustrated at the time to do so. Even though I love those specific parts I know it’s not my natural method of writing music. Music is supposed to be personal because it’s meant to be felt by yourself and not as a collective. At least that’s my opinion. This process did not change with Season of Mist because we only signed with them after having the first rough mixes from the studio. Still, if there will be a new album in the coming years, I don’t think that will be a bad thing to know Season of Mist will be right there over our shoulders. 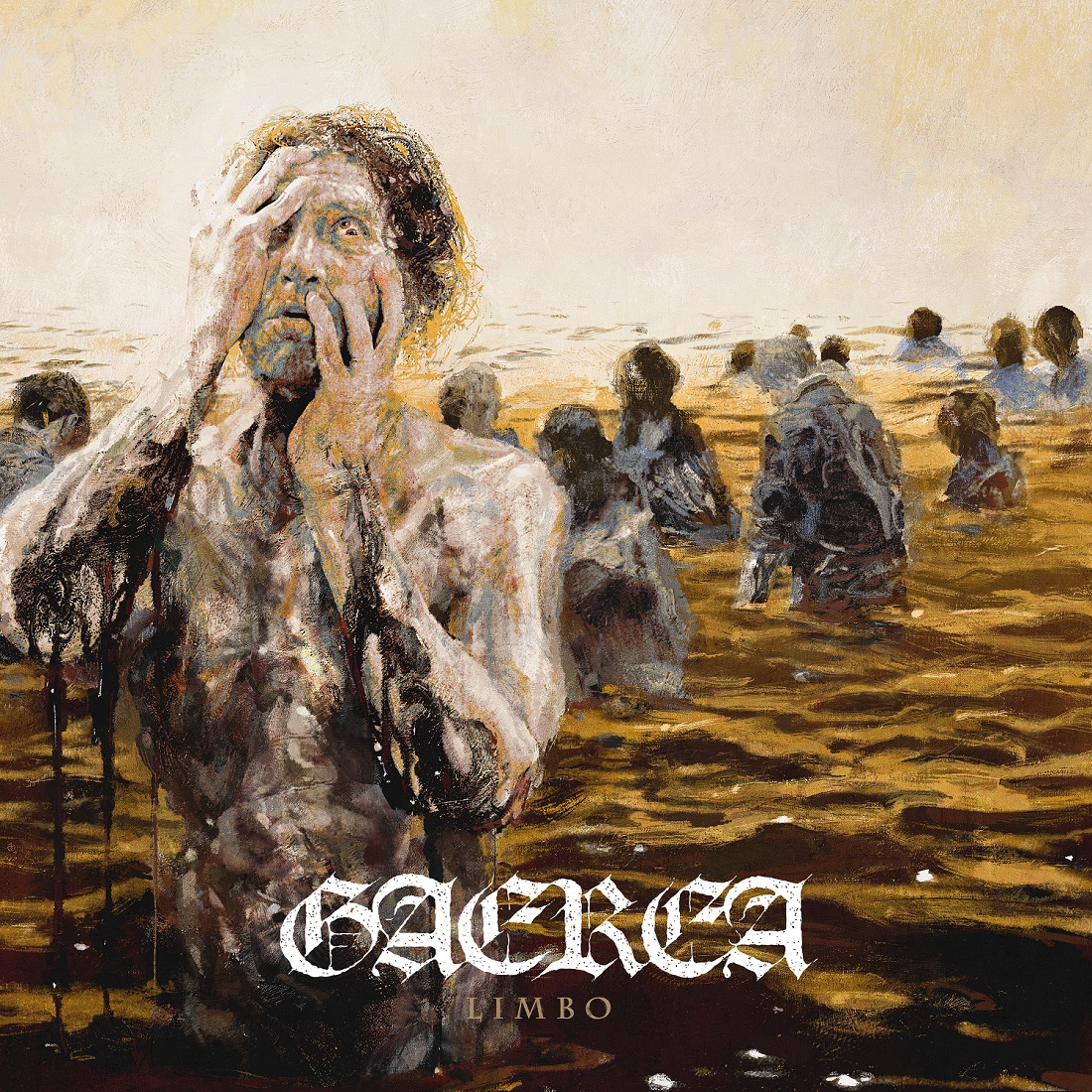 The band’s sound is very atmospheric, but also full of emotions and visceral. What does inspire you to create music and lyrics? Are there some bands that you can quote as your main inspirations?
Gaerea: I wanted to craft a beautifully grotesque ending for this Torment inside my brain. Limbo is undoubtedly a very intense and emotional album for everyone who carved his mark in it. It somehow consumed us in a very personal way. These lyrics are dealing with the constant despair and split between hatred and love, life and death, salvation and liberation. Limbo is about liberation, salvation and precisely about our main inspiration: Humans. We are very much inspired by other forms of art besides music, even though we could mention artists we love for their artistic expression and freedom (Watain, Shining, Primordial, Obsidian Kingdom, etc) Still, In literature, Jose Saramago or Thomas Ligotti. In Visual Art, Bill Viola or Olivier de Sagazan. In Cinema, amongst many others, I would suggest Denis Villeneuve, Wim Wenders, Billy Wilder, Pedro Costa or even some of the work of Elias Mehrige.

How did you choose to reveal To Ain first? And how did you choose the tracklist order?
Gaerea: To Ain was not the first track to be unveiled. The first was Null, the second song of the album and especially after To Ain, the opening song of Limbo. We have decided to present the three sides of the Gaerea world in three very different music videos, songs and aesthetics. First, we have the ferocity and aggressiveness that lies within Null, then we dive deep into our inner self trapped rotten being with To Ain and then we are ready to set him free in an open world and watch him burn from afar. This is Conspiranoia.

You come from Portugal, how is the Metal scene here? What about the Black Metal portuguese scene in particular?
Gaerea: We have many bands in this country. Probably too many of them. Too many of them wasting money on futile investments and not what a music career is about. Too many “like my band” interests and less live quality once you finally go out and watch them play. Still, I love this scene. We have a lot of quality in this scene and fortunately very good musicians even though most of them don’t know how to promote themselves the right way. About the BM Scene, I can’t think of too many emerging bands besides us actually. We pay eternal homage to the bands who opened the portuguese gateways to the whole world. I’m talking obviously of Moonspell, Corpus Christii, The Ominous Circle, Infernal Kingdom, among many others.

I know that Covid-19 situation was hard for everybody, but how did it affected you as a musician?
Gaerea: Well, we had an incredibly big agenda for this band in the beginning of this weird year. We would have been living our busiest year ever and we would need to focus on this band 200%, leaving most things of our personal lives on hold. Even if the virus came to cancel or postpone these plans, it was still good to test our strengths and if we could ever live and continue to put endless effort into this project. I like to think we were up for the task. We did so much while locked at our homes. It was a good time to sit back, rethink our strategies and watch the world slowly burn from our windows.

About live shows, how do you feel before going up on stage? Do you have a special warm-up ritual?
Gaerea: I do. I like to be quiet for a while and rethink the path I had to trace for myself throughout these years, the sacrifice I’ve been through in order to follow and grab this dream with my bare hands and prepare myself for the upcoming soul devastation which is about to come in the next 45 to 60 minutes. We all leave a piece of our soul on every stage we step into. Every show changes a part of ourselves and for good or worse, we have to be prepared for that.

Do you remember the first time you picked up an instrument? When and how was it?
Gaerea: May 2009. That, I will never forget. I still own that acoustic guitar my father bought me. I barely went to music school while learning because I could replicate what I was hearing in the songs I loved to listen. I was starting to jam over them without even knowing it. Just trying to find ways to reach that same sound, feeling, that sparkle which makes sense with every single song. Music truly shaped my life to this very moment. I can assure you that.

What was the very first Metal song you listened? And what was the one that introduced you to Black Metal?
Gaerea: Ragnarok. It is still my go to when I think about good bands that inspired me in the beginning of my writing process for this musical genre. Murder and Blackdoor Miracle were the two first songs I ever listened that were very different from Death Magnetic. Oh boy. How different!

What if I ask you to compare Gaerea’s music with a dish? Which one would it be and why?
Gaerea: Of course, that would be the most aggressive yet very well compensated Francesinha. Look that up. You don’t know what Chaos and Orgasm have so much in common until you tried this.

What are your best and your worst musician experience ever?
Gaerea: The best: stepping into a fully packed Arena in Shanghai for the very last show of our chinese tour last year. A night where tears, fury and joy filled our souls. I could never express what those 45 minutes meant and how much impact it had on my future self. The Worst: Our supposed third show that never happened. A night we drove 600 km just to be part of and in the end the promoter pretended we were not there and skipped our show to the point it was too late for us to even consider playing. We learned a lot on that night. I mean it.

Which bands would you love to tour with? I let you create a tour with Gaerea and three other bands.
Gaerea: Ok here we go. Watain. Shining. Tribulation. Dool. I don’t want to play on such a devastating tour. I just wanted to be there every night and let my soul be ripped apart from this world after a month.

It was my last question, thank you again for your time. Do you have some last words for french fans?
Gaerea: French friends, we are very close to revealing our new album to you all and we expect to see many of you on our upcoming french shows. France has always been a special country for us and a place we deeply respect. Let us thank you for all the support given throughout these years by unveiling our deepest and most intimate album to date: Limbo.