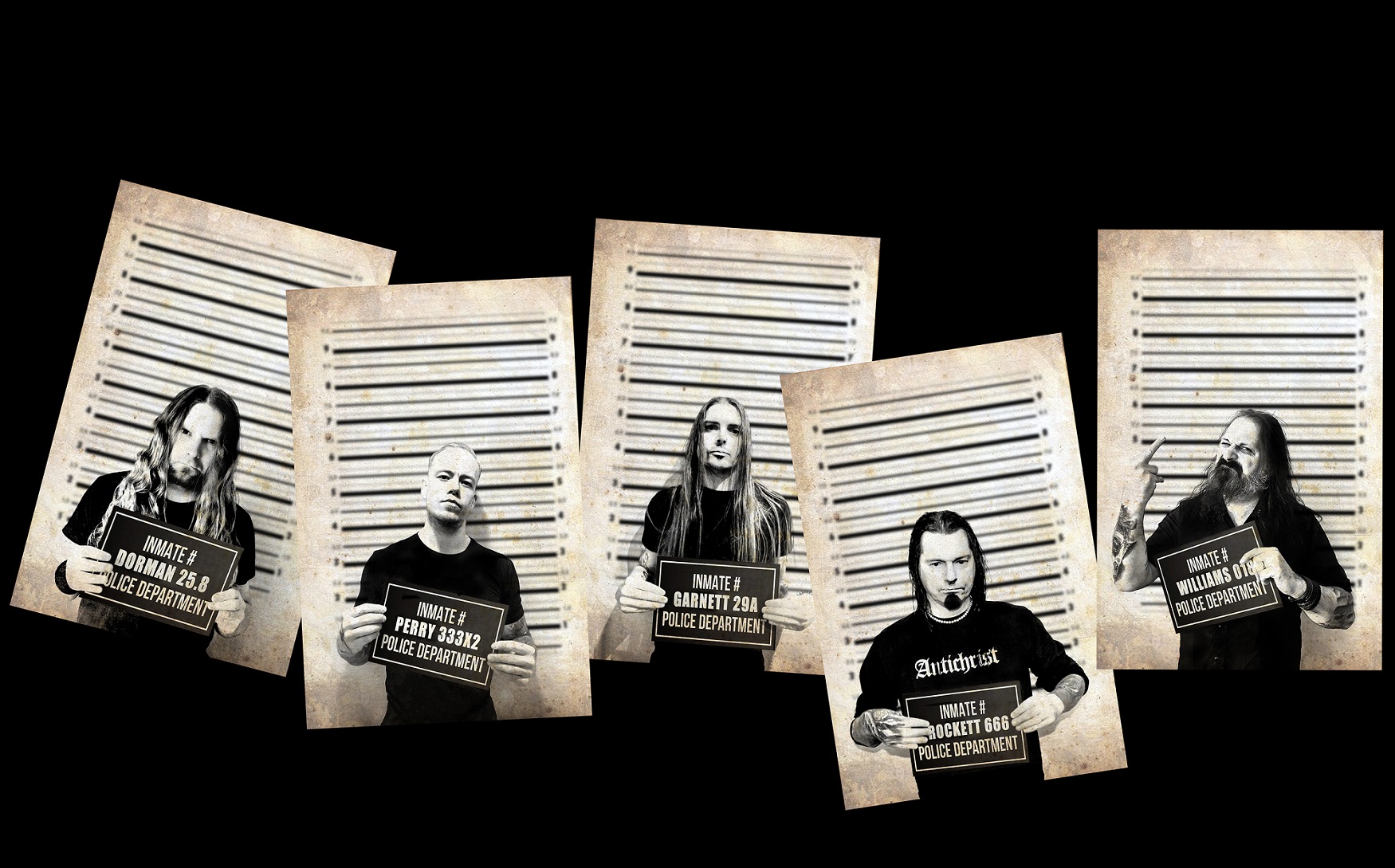 For the release of Generation Antichrist, their seventh album, I had the opportunity to talk a bit with Nige Rockett, founder guitarist of the legendary Thrash Metal band Onslaught.

First of all, thanks a lot for your time! Can you please introduce you and Onslaught’s music for newcomers in the Metal universe?
Nige Rockett (guitar): Hi, Thank you, it’s my pleasure.! Ok, Nige Rockett – Guitarist / Founder member of UK Thrashers Onslaught here..! Cool, I shall give you all a very brief history of the band. Onslaught formed in 1983, we were heavily influenced by Discharge and Motörhead and those influences remain clear even today on our upcoming new album Generation Antichrist (release date August 7th.) We have previously released 6 studio albums: Power From Hell,The Force, In Search of Sanity, Killing Peace, Sounds of Violence, VI. The current band line-up is: Dave Garnett on vocals, Nige Rockett on guitar, Wayne Dorman on guitar, Jeff Wiliams on bass and James Perry on drums.

Your seventh album, Generation Antichrist is about to be released, how do you feel about this?
Nige Rockett: We’re all real excited about the upcoming album release. We feel this is the best and definitely the strongest Onslaught album we’ve ever made and the fans are going crazy for the new material they have heard so far. Religiousuicide the latest single/video taken from Generation Antichrist picked up over 420,000 streams on Spotify alone in the first 2 weeks of release.. Things are looking very positive!

Three of the five members of the band are “new”, how was it to compose with some fresh blood in Onslaught? What does inspire you to create music and lyrics?
Nige Rockett: It was business as usual really as i wrote the majority of this new record, Wayne made some very cool inputs on some of the tracks and of course he played some absolutely incredible solos, but it was a little late for our new vocalist Dave Garnett to have any real valuable writing input as he joined after the album was fully written but he’s sure put his stamp on the vocal delivery. Inspiration for creating new material comes from my anger with this crazy fucked up world we live in, there’s so much madness going on right now, there’s so much fuel for the songwriting fire! Generation Antichrist is “Angry Music for Angry People”.

The band can be considered as legend in the Thrash Metal universe, what was your main motivation at the beginning? Despite the break, is this motivation still up? Or did you change your mind?
Nige Rockett: We just wanted to play live on stage and that was it. We watched all our favourite bands playing shows and said “This has to be us!” And today the motivation is even bigger, we are still hugely driven by performing for the fans, it’s what we live for, there is no better feeling than being onstage in front of 1000’s of people who are going crazy.

Actually, I don’t listen to so much Thrash Metal, but Onslaught’s sound is like Old School meeting modernity. What do you think about this?
Nige Rockett: That’s very cool, I’m happy you made this comment because that is the exact target we aimed for when we started making this record. Before we began the writing process we discussed the direction that we needed to take on this album, the last 2 releases were kinda the most technical Onslaught albums ever, so we planned on this one we should maybe take it 2 steps backwards to take 5 steps forwards. We looked back at our influences and the ways we captured that raw energy in the early days and transferred that philosophy to Generation Antichrist. We stripped back the production, less complicated riffs, less layers, shorter songs, more hooks and then mix that with a super aggressive production and we feel we found the perfect blend for a Thrash Metal album in 2020.

About the new album, what was the first song you composed? What was the last one? Is there a story about the album, or is it just some amazing songs you recorded one by one?
Nige Rockett: The first song I wrote for the new album was A Perfect Day to Die it’s our tribute to Lemmy (RIP), who was great friend and a massive influence on our career in many ways. That one came real easy as it was sent right from the heart ya know..! The last song completed was a politically inspired track entitled Empires Fall which is probably the heaviest inclusion on Generation Antichrist with its dark lyrics and twisting rhythms. I wouldn’t say there is a story about the album, there is no definite concept, but i really like the sound of “some amazing songs”… The songs have to be of the ultimate high standard in this modern digital age, i don’t want people to just listen to 2 or 3 songs from this record, i want each song to drag the listener right into the next one, there are no fillers, all 9 tracks are there for a very good reason, it’s a 35 minute journey of anger, aggression and hate.

As the founder of Onslaught, what can you say about the band’s evolution? Maybe you miss something from the old years? Or maybe you think that something could have been improved, and is now up with this line-up?
Nige Rockett: Um, I wouldn’t say there is too much from the past that i miss greatly aside from touring with Motörhead haha… Things are pretty fucking good if not better than ever for Onslaught right now. The band line up is great, the record label are very cool and the fans are as amazing as ever. Life is very good aside from the fucking Covid.

I know that Covid-19 fucked up everything, but maybe you have plans for the future you can tell us?
Nige Rockett: Unfortunately we lost some massive festivals over this summer and had to cancel the booking of 4 tours…! so yeah it’s super fucked…! Luckily all the festivals are re-confirmed for 2021 but we have to start the tour booking all over again. We decided to go ahead with the new album release in August to make sure we are ahead of the game when the live shows return, we wanna be ready to support the new record when many other bands are still gonna be thinking about putting their new releases out.. So yeah we think we have a real good plan for the next 2 years if we can beat the virus…!

About live shows, how do you feel before going up on stage? Do you have a special warm-up ritual?
Nige Rockett: I love the build up to live shows, I don’t ever get nervous but once the intro to the show begins the adrenaline really gets pumping. I always try to warm up the hands and wrists for at least 30 minutes before we hit the stage and longer if it’s cold, there’s nothing worse than getting cramp or restricted movement when playing this style of music. It’s also good to stretch the neck and shoulders to keep the head banging free and easy…!

We talked a lot about music, but what are your other hobbies in life? They can be music-related or absolutely not.
Nige Rockett: Football is my other passion in life alongside music.. I have been involved in watching/playing and managing football since i was 10 years old. Now I go to matches every week when we are not on tour, there’s a great social life at football, so it’s more than just 90 minutes of sport it’s a whole party day…! 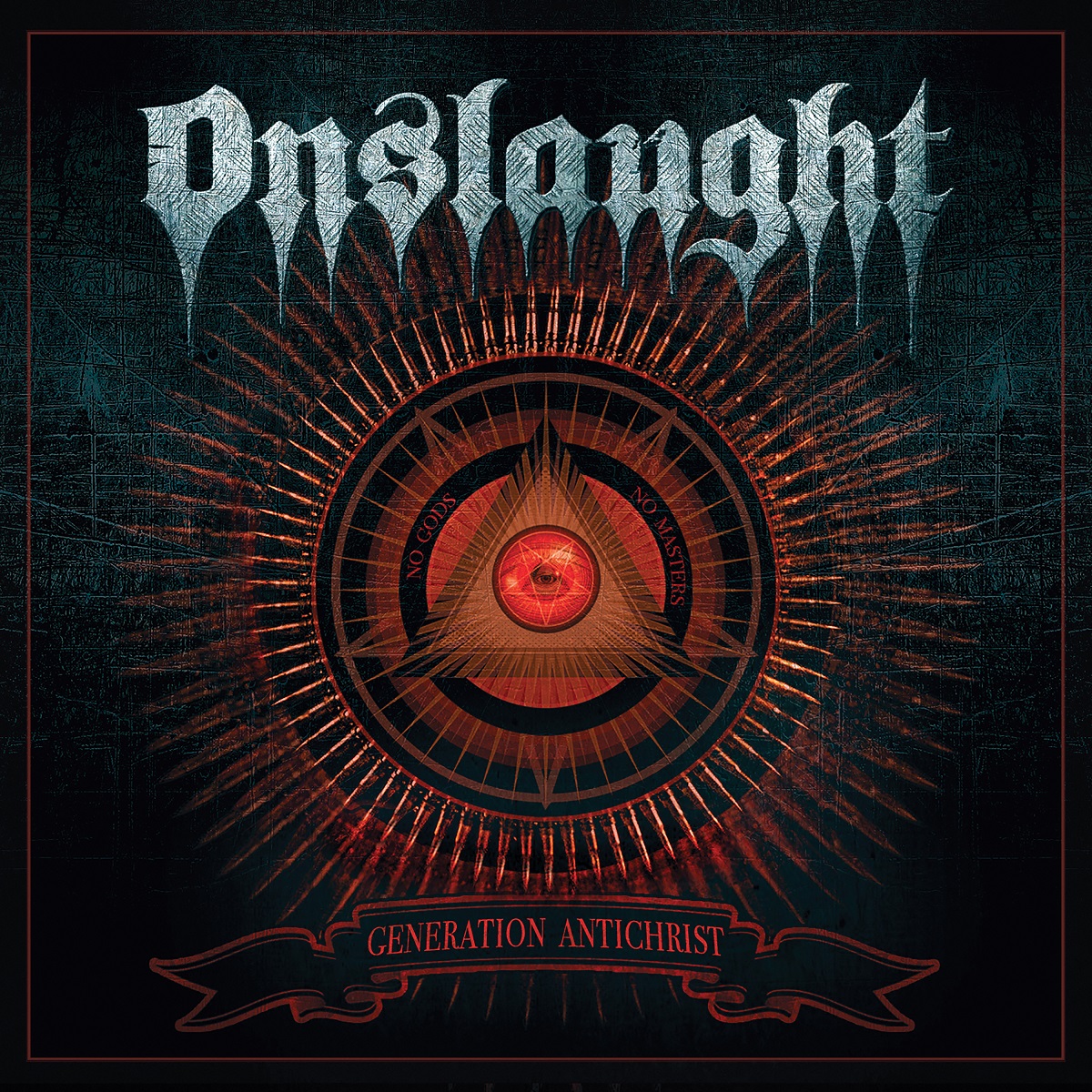 Do you remember the first time you picked up an instrument? When and how was it?
Nige Rockett: Yeah it was pretty hard, haha. I was around 12 at the time and the guitar was not the best. I had a few basic lessons and did ok i guess but i was being taught music that i did not like, so i quit after 6 lessons. I started again at 16 with a better instrument and a better teacher and things were so much easier.. The rest is history and all good.!

What was the very first Metal song you ever heard? Which one was the song what makes you think “I want to create a band and play on stage”?
Nige Rockett: That’s a tough question. I’d obviously heard the early Black Sabbath stuff which was amazing and then tracks like Sheer Heart Attack and Stone Cold Crazy by Queen that blew me away and then came Motörhead the song by Motörhead which had everything, the metal vibe / the punk vibe / the noise / the aggression, it was perfect for the time.. This had also clearly inspired Discharge greatly, who then themselves were the big inspiration for Onslaught. It was a very cool chain of events.

What if I ask you to compare Onslaught ’s music with a dish? Which one and why?
Nige Rockett: Hahaha, That’s a nice question.. I would say an extremely hot Indian Curry – a Phall maybe… It’s crazy fucking hot, hurts like hell but the pleasure is incredible…! and you get to drink beer while enjoying it…!

What are your best and your worst musician experience ever?
Nige Rockett: Best musical experience was definitely touring with Motörhead no question… It was absolutely incredible, they treated us so well and gave us everything we wanted with the full use of PA/Lights etc etc. It was the tour that really broke the band to the next level and taught us so many lessons about touring and respect for others.! Worst experience.. Probably signing to Polygram for the In Search of Sanity album release. We lost all artistic control as they attempted to change the bands overall sound and image. We sold a fuck load of records but all the fun was taken from the band and we became part of a corporate machine. It’s one thing I would definitely change if possible.

Which bands would you love to tour with? I let you create a tour with Onslaught and three other bands!
Nige Rockett: Cool. I’ll make 2 lists, one with any bands from all time and one with still active bands.
Active bands 2020 Tour: Onslaught, Testament, Lamb of God, Discharge.
Any Era bands: Onslaught, Motörhead, Slayer, Venom (original line up).

That was the last question for me, a huge thank you for your time, lasts words for french fans are yours!
Nige Rockett: Thank you my friend, it was cool talking to you! I would like to send out a huge huge Thank you to all our amazing and loyal fans in France, we cannot wait to see you all once again after the covid bullshit, It’s gonna be very messy and a lot of fun.. Until then, please take care and be very safe…!