Another shape of darkness is about to wrap the world thanks to Theotoxin. 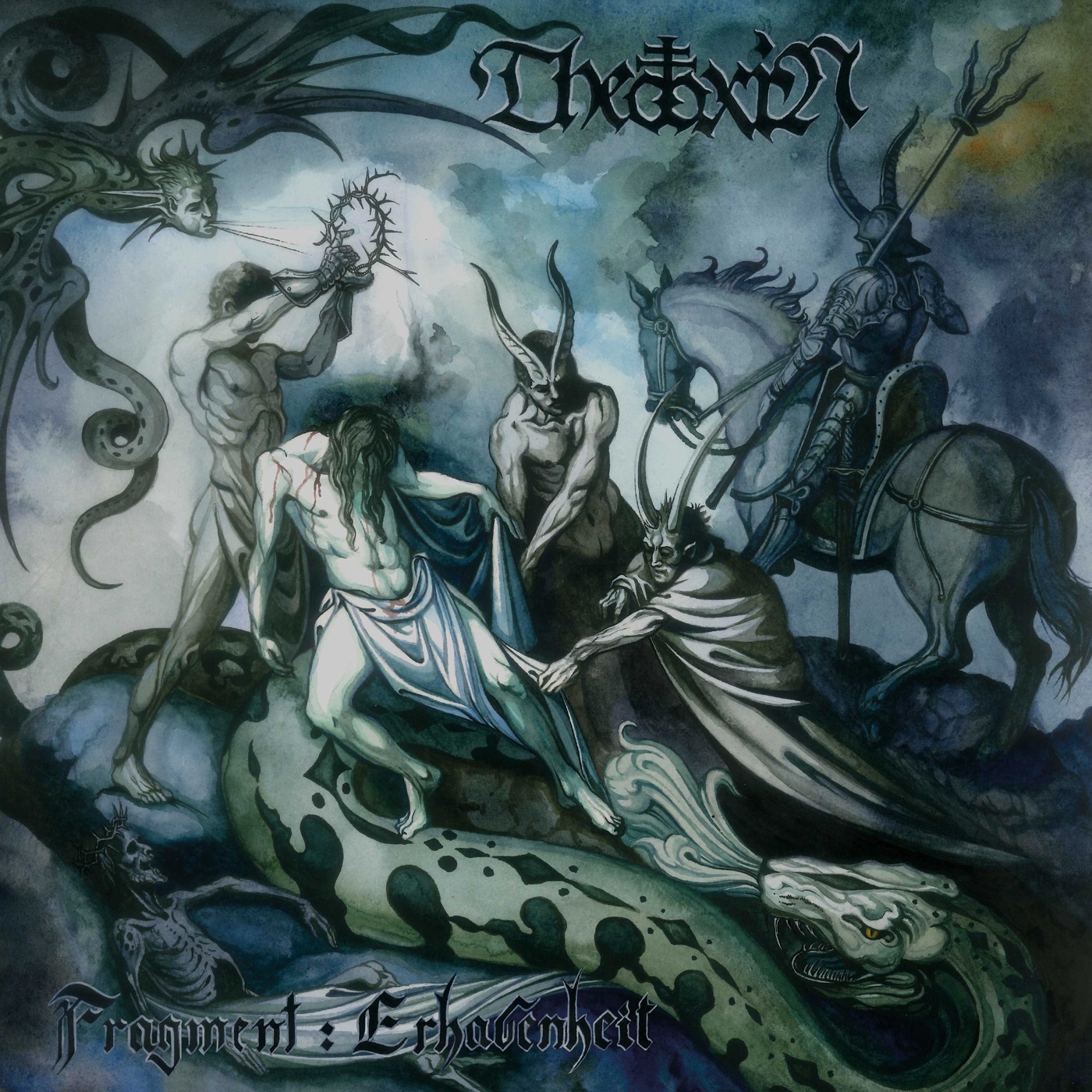 Without delay, Golden Tomb gets us to the heart of the subject with this unhealthy and oppressive rhythmic. A visceral voice enters tortured riffs, and the band immediately snatch us in their black and masterful universe. There is some kind of beauty in this landscape made of pain, blasphemy and musical violence, just like on Obscure Divinations. But even if the first part of the song is really fast, the rhythmic tends to slow down in order to allow the band to include some dissonant harmonics, giving more power to the mystical feeling. This occult sensation is also here for Prayer, a song of which soft orchestrations just strengthen the composition’s beauty without soften its firepower. The fact the singer alternates his vocal technics just support this intensity.
Through Hundreds of Years’ raw sound strikes after. Cold, sharp and stabbing, the composition progresses while penetrating our soul. The short break will only give a more majestic aspect to the composition, whether it is about the instrumental part or vocals. Philosopher, the shortest song, is also the most mysterious one. The introduction is slow and frightening, then fury comes to dwell in musicians again. The rhythmic is far from being linear, unlike the stunning Two Ancient Spirits, a tortured song that plays with beautiful soaring touches. The song is slow, terrifying and gives another approach of the band’s aggressivity before the last track. It is with Sanatory Silence, a massive and plaintive composition that links once again two aspects of this violent but melodic universe, that the band closes this record.

With Fragment : Erhabenheit, Theotoxin proves once again that they are coming back straight from Hell. Those even songs, melting dark and unhealthy Black Metal with airy, melancholic and visceral influences, shape the perfect soundtrack for a moment of self-communion.