Founded by the mind on a single man, Noite unveils us its first album.

You probably know its creator, because it is the portuguese musician Gonius Rex (instruments/vocals), who links this project to Onirik, his other band. It is in a complementary way to Black Metal that A Cor de Fogo is released. 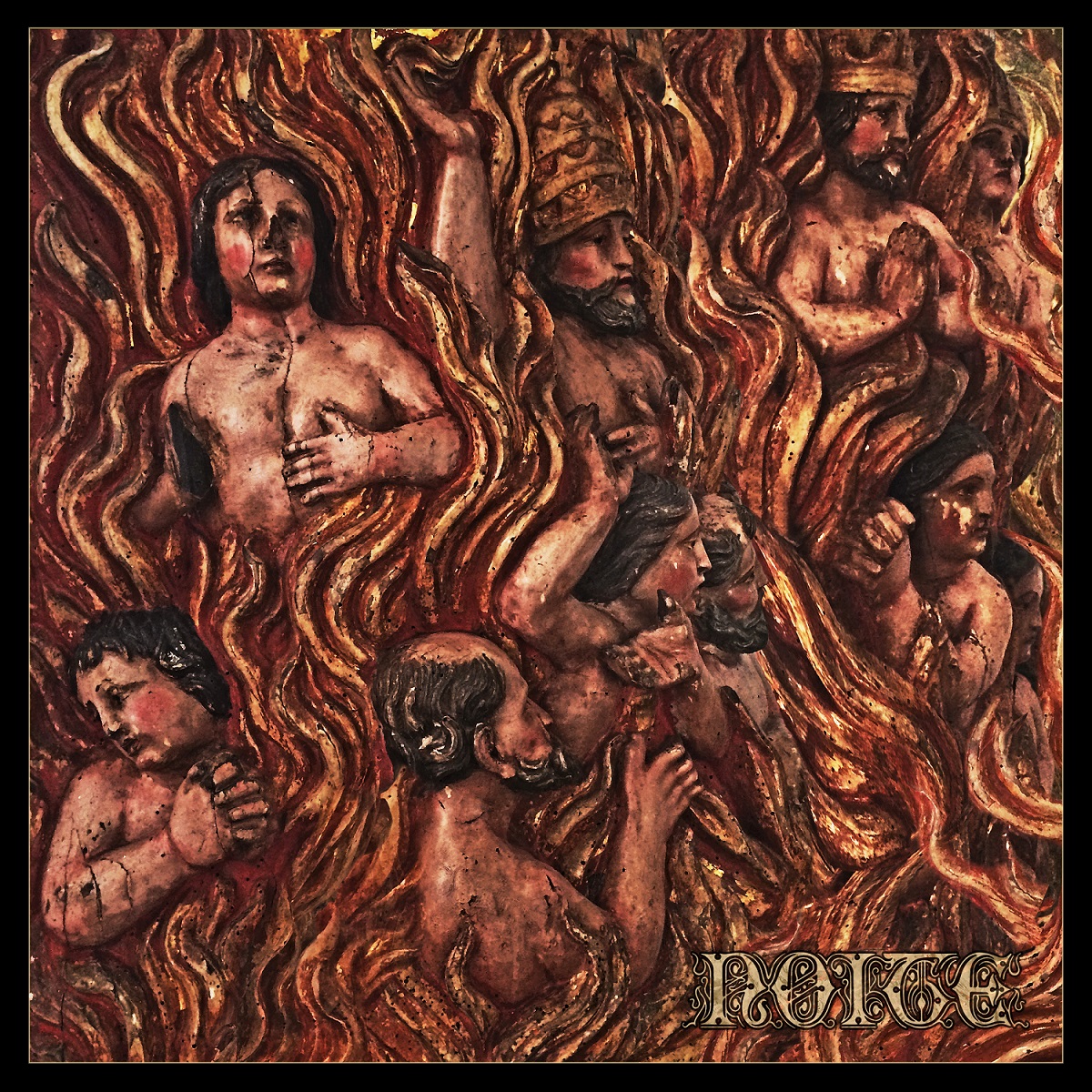 Because although Onirik focuses on a raw Black Metal, Noite is more mystical, more majestic but isn’t less intense. Vocals remind some psalmodies, and dark melodies are still far from all kind of saturation, evolving in an airy domain, with some soft and catchy medieval influences. We can find this since the very firsts vocal parts of Noite Eterna, then on those guitar and basses harmonics. Drums seems to be more energetic, and darkness haunts those melodic notes, just like on A Cor do Fogo. The worrying dimension links to softer influences and the melting nearly lulls us, while reminding this obvious blackness. The sound gets softer again for No Inferno E Na Terra, and even if vocals sound quite unreal, it is also more quiet. But this celestial choir shrouded by a mesmerizing melody is contraster by some double kick parts. We go for Centelha, a short but catchy song. Bass sound has a more important place in the mixing without intrude on other instruments, then the dissonant Monstro Adormecido enters. The song is heavier than the others, but also focuses on beautiful harmonic parts, as well as some delightful vocal parts before the last song. Named Marcha do Caldeirão, it will be surprising thanks to those mysterious and ritualistic influences, while still developing this universe at the meeting point of two as near than different worlds. The final part is really catchy and finally leaves us in the void.

Even if it can be far from the sound we are used to listen, Noite is a very interesting project. The complementary dimension to Black Metal that A Cor de Fogo offers is catchy and dark, mystical and mesmerizing. This album can be listened regardless of its accomplice, but it would be a shame to lose such an experience.