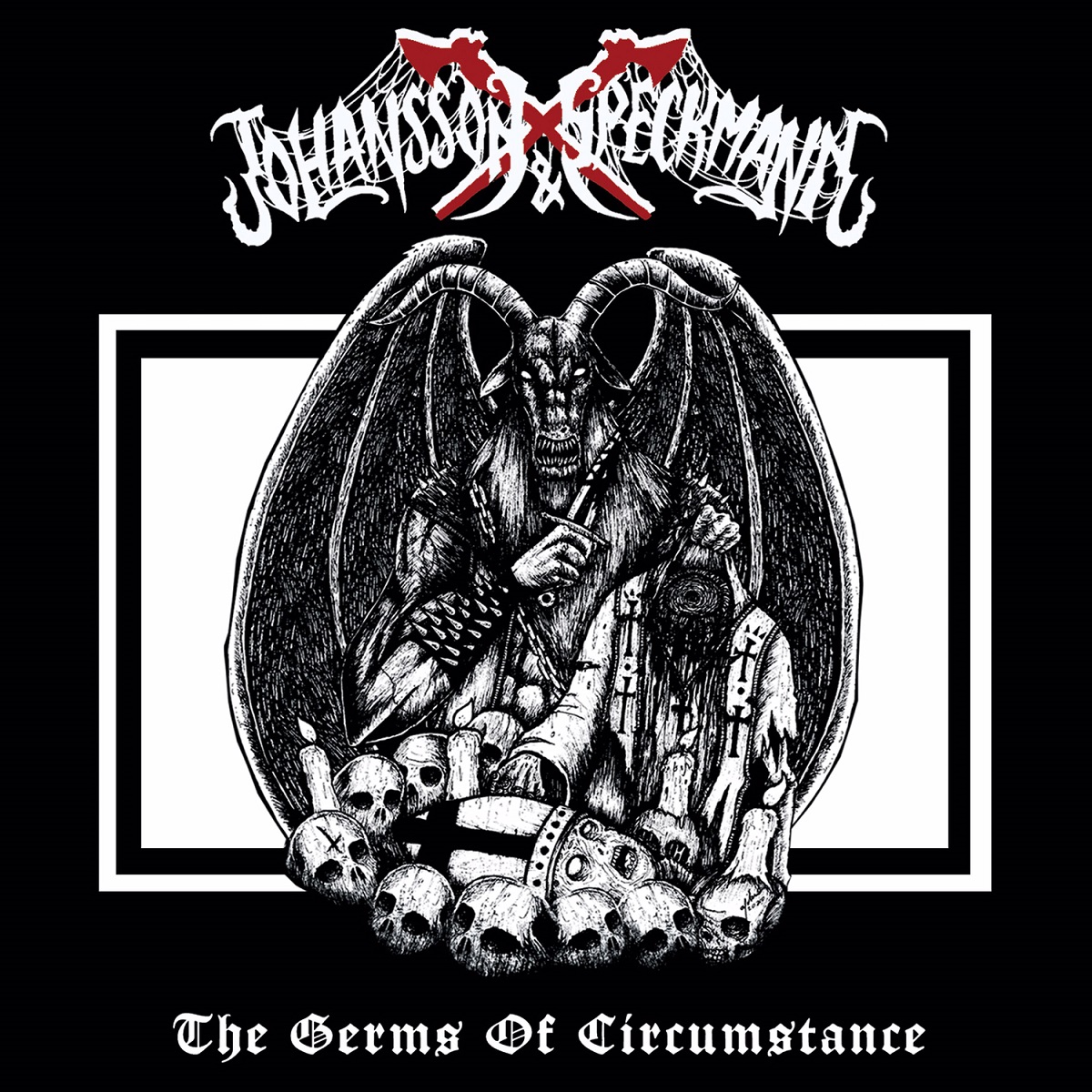 As usual, both men work on a greasy and bloody Old School Death Metal, which merges their mastermind personalities. Halfway between Paganizer and Master, we find those barfed vocals, Swedish’s riff and those sharp melodics harmonics, like on One World One Leader, with a good blast fix as Takes The Lions Shape proves. Obviously, you will find aggressivity all over this album, with The Germs of Circumstance or I Was Left to Stare, that somewhat picks into an angry Thrash Metal. The guitarist doesn’t hesitate to use shrillling leads, just like Generation Antidote or Provoke the Collective, while others musicians deploy a massive and thick rhythmic, like on Confession of a Vital Leader. The last track, Devour Engage the Hour the Rage, still follows the rule, and the album ends with as much violence and devastating melodicity as it started.

Quick but efficient, The Germs of Circumstance is a continuation of the Johansson & Speckmann’s discography. The collaboration of the two men is as prolific as interesting, and Old School Death Metal is more alive than ever.