Melancholy comes back to life with Draconian.

Founded in 1994 under the name of Kerberos in Sweden, the band quickly changes its style and its name. We have to wait until 2003 for a first full-length (after five demos), then gains some fame amongst the Gothic/Doom/Death scene. Johan Ericson (guitar/choirs, Doom:VS) and Anders Jacobsson (vocals), the two founders, as well as Jerry Torstensson (drums), Daniel Arvidsson (guitar, Mammoth Storm) and Heike Langhans (vocals) offer us Under A Godless Veil, their sixth album, that they recorded with the help of Daniel Änghede, former live bass player. 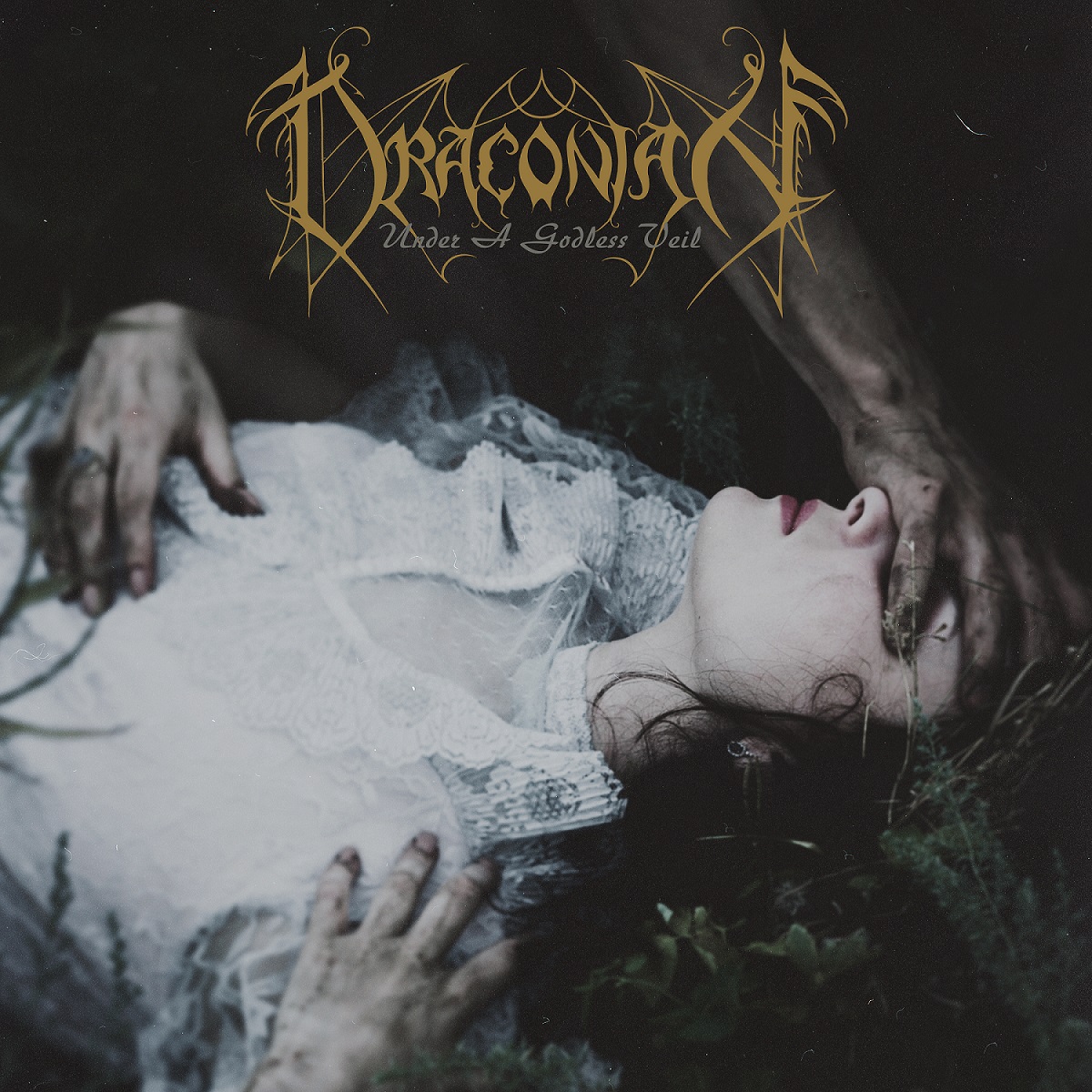 The album begins with Sorrow of Sophia. A slow and stabbing song that swaps the beginning’s softness for a more weighing rhythmic. But this melancholy quickly comes back to haunt us, alternative clean female vocals and howlings of grief from Anders. Keyboards are one of the key elements of the song, while The Sacrificial Flame nails us to the ground with impressive riffs. Very slow, very heavy, but also very intense, the composition paints a musical picture between sorrow and esoteric elements that perfectly fit to the band’s identity. Lustrous Heart, a very melodic and soaring song, is the next one, integrating more dissonant parts to the song, while Sleepwalker reconnects with airy harmonics. Riffs link them to a heavy and deep rhythmic, that sinks us into this contemplative slumber, then shakes us once again at the end. Moon Over Sabaoth, a blacker song, is next. It was the first extract to be revealed for this album, and offers a heady melody that diligently follows this progress into darkness.
Short moment of softness with Burial Fields, a song that melts Heike’s sweet voice with a duo composed of slow percussions and mesmerizing keyboards with a more worrying final part. The Sethian comes next, reconnecting with this harrowing melancholy. And it’s once again heaviness that explodes over our face, with those smashing riffs. Alternating between those two ambiences is very well managed, and the band even succeeds to combine them for a majestic final. Claw Marks On The Throne offers piercing, epic and above all catchy leads, that wonderfully link to this beautiful rhythmic on which the two vocalists prove us once again their talent. We stay in this musical beauty with Night Visitor, a song that tends to soft sonorities to accompany the singer’s voice. Intensity progressively increases, then releases itself on the last part before Ascend Into Darkness, the last song. The band makes us feel this progression with Black Metal influences, this languor and this oppression, but also some kind of dark quietness. Then comes total darkness.

During an hour, Draconian transports us. Under A Godless Veil shrouds us in a sometimes soft, sometimes violent universe, but it is still etched by an ageless melancholy, an unfathomable sorrow and a crushing heaviness. A masterpiece.

One thought on “Review 317 : Draconian – Under A Godless Veil – English”