After a period of quietness, Déluge is back.

Founded in 2013 in France, the band is composed of François-Thibaut Hordé (guitar), Maxime Febvet (vocals), Frédéric Franczak (bass), Benjamin Marchal (drums) and Richard de Mello (guitar, Dagoba). After an EP in 2014 and a first full-length the year after, here is Aego Templo, their sophomore album. Hélène Muesser (vocals) helps on some songs. 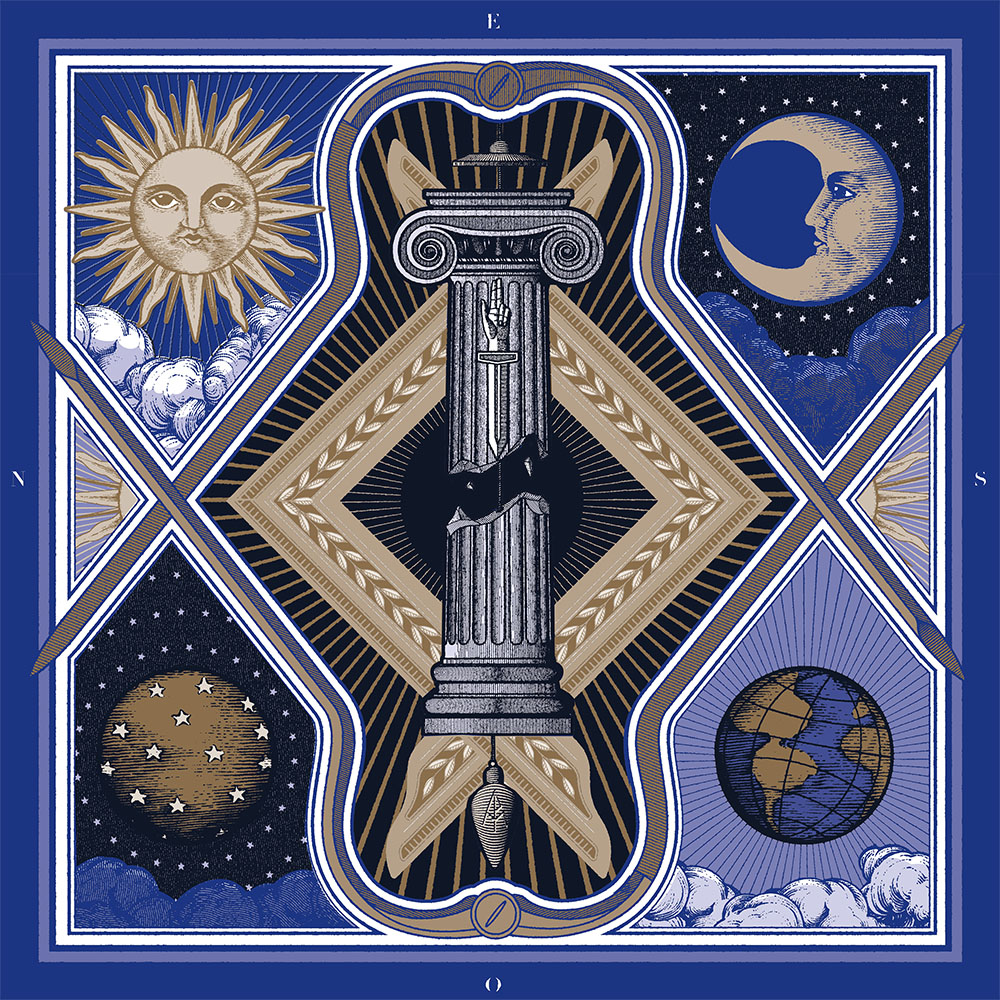 It’s with Metal Blade that this second full-length is released, and the band continues its way between Post-Hardcore, “Untrue” Black Metal (as the band stated) and a visceral scream in french. Soufre perfectly illustrates this contrasted mixing made of piercing leads, heavy rhythmic and a strange vocal duality. Furor sometimes seizes riffs, then quietness dominates, just like on the dark Opprobre. The song will be surprising because of the lead part on the middle, but it will quickly come back on a melancholic Post-Hardcore. The long Abysses develops several ambiences, from anguish to slumber, from violence to softer tones, but it always respects this rule of sound duality. Some modern and dissonant tones will be heard on Frates, a song that allows us to breathe before being striked by the storm on Gloire au Silence. The song is very intense since the beginning, and it will barely decrease on more quiet parts. The part sung by Tetsuya Fukagawa (envy) will break this dynamix, that progressively comes back after this, offering a soft and anguishing part.
AEgo Templo slowly begins with an airy and ice-cold sound, then musicians reconnect with fury, offering a true unfurling wave of blackness and rage. Screams with some female vocals on the background offer a wonderful contrast, just like Baïne’s piercing leads. Vocals are getting closer and closer until the rhythmic explodes. This quiet heady melody melts with the jerky rhythm part of the band, that offers some airy parts. Digue, the next song, melts a soft but worrying introduction as well as dark and seizing riffs with an incisive voice full of sorrow. We can feel some kind of progression until the climax, and the release will lead us again on this intriguing keyboard before Beryl. To be honest, I found this song really slow, then it revealed its full flavour, in an unexpected way. Here is Vers, the last song. A soft wave as introduction, then the storm comes. Heavy and impressive, the rhythmic full of some lacerating harmonics spreads, slows down, accelerates, slows down again then offers a violent final before fading away.

Even sometimes surprising, AEgo Templo is a successful bet for Déluge. The band integrates more and more influences to their airy basis, and we let ourselves being carried by the flow, fast or slow.