We don’t know anything about Almach. Neither the band’s story or the members’ identity.

The band claim to come from Kabul, in Afghanistan, but nothing is certain. However, Battle of Tours, their first album, is here. 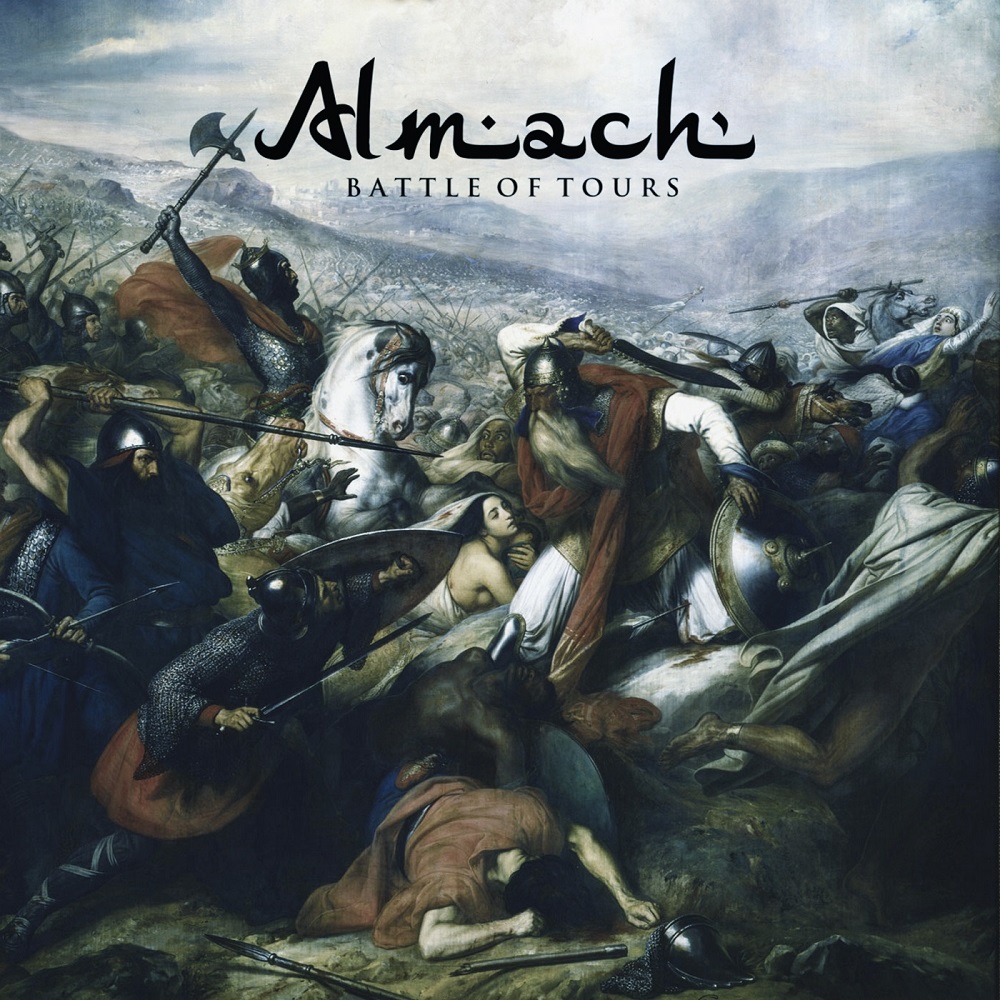 The band offers six Atmospheric Black Metal songs, coupled with epic sonorities, illustrated by the Bataille de Poitiers en Octobre 732 from the french painter Charles de Steuben, stating that the band’s music is based on war, and more precisely on this battle (the “Battle of Tours” actually happened near from a french city called Poitiers).
Since Abdul Rahman Al Ghafiqi, the first song, the mesmerizing atmosphere lets place to Black Metal riffs, without neglecting this majestic and epic ambience. Whispers join the battlefield as an elusive mist, like on the ice-cold Temple of Old Gods. If the introduction’s soft tones can seem to be reassuring, they will be contrasted by blackness. Once again vocals are on the background, as an illusion, while the rhythmic and the oriental tones do their job, like on Sons of Umayya. Oriental culture connoisseurs already recognized the historical reference of this song, on which we also have an enchanting female voice, then some kind quietness moments, interrupted by epic riffs. Yamr?, the next song, leans on ambient tones for some minutes of relaxing tranquillity before the warriors’ return on Battle Of Tours and its warlike introductive sample that throw us in the heart of the fight. Once again, oppression is stronger and stronger, counting as much on Black Metal riffs as on ambient tones, and those voices for an incredible musical landscape. Blood Brother, the last song, wears some kind of melancholy and palpable sadness to close the album as it deserves.

Almach comes out of nowhere, and comes to enchant us thanks to its very rich universe. The adventure offered by Battle of Tours perfectly melt an ice-cold Black Metal with catchy, stunning, heady and faraway influences, which make us want to escape.