The italian band created in 2007 offers itself a fourth album, named Ad Numen Satanae. About the line-up, nothing has changed since the previous album, with Guh.lu (guitar, Divine Codex, Hell Terrorist, ex-Impiety), Alekht (bass) and Maelstrom (drums/vocals, Wardaemonic, DeathFuckingCunt…), as well asB the Pervert (guitar, Hell Terrorist) on stage. 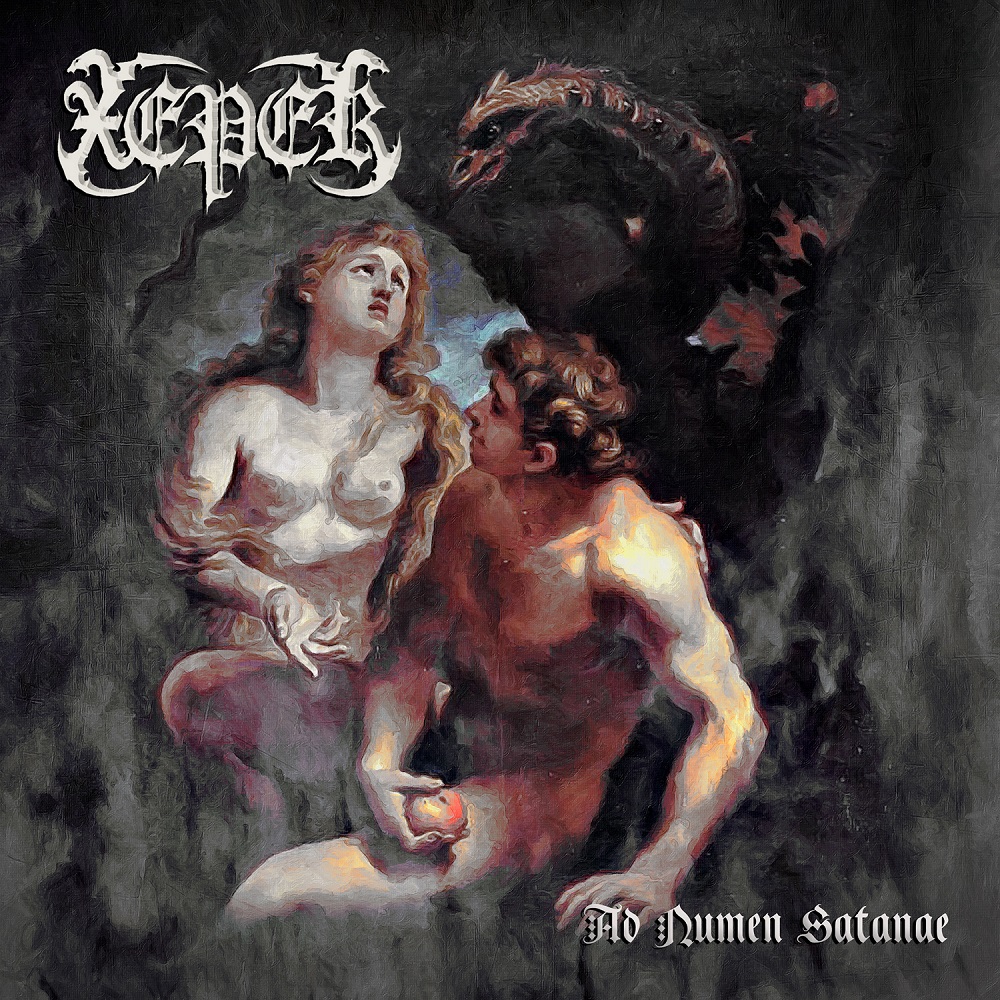 Announced as a new unholy ceremony, we have on this album guest appearances by V. Einride (Whoredom Rife) on drums, and Blasphemer (Vltimas, ex-Aura Noir, ex-Mayhem, ex-Nader Sadek). The sound is progressively unveiled thanks to Fiat Interitus, an introduction that melts satanism and Black Metal sonorities, then The Hidden Genesis that is next. Blackness and piercing riffs are part of this fast-paced tempo, then dissonance overcomes for Under The Will Of Satan. The song is slow and haunting, but also focusing on mystical chants that perfectly melt to the vocalist’s howlings for a ritualistic ambience. Leads are disturbing but heady, as well as the heavy Riding the Spiral of Lilith, an oppressive track. We feel this thick dark cloud shrouding us, but swirling melodies on this black fog are beautiful and they create an impressive contrast. Pure rage overcomes on Of Purity and Death, an as impressive as ice-cold and majestic track, with those frightening howlings that take a different scale in this apocalyptic ambience. The catchy The Snake That Brought The Flame is next, and once again leads drags us to the song, that progressively strengthens. Madness takes possession of the whole band, that offers us an unfurling wave of blackness, followed by a long and oppressive outro.

Xeper’s silence seems to benefit them, because this album is excellent. Ad Nument Satane offers numerous faces of a mystical and worked Black Metal, while keeping this unhealthy and unholy approach.