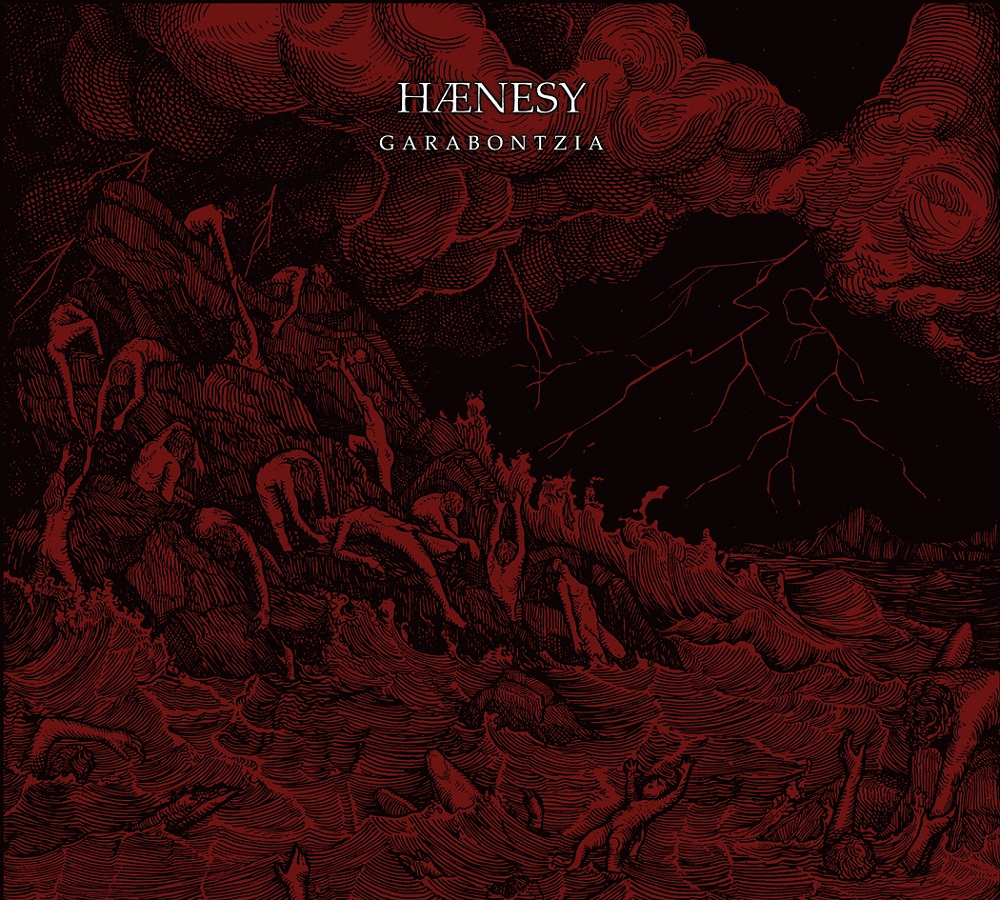 I admit I don’t know where to begin. Whether the introduction of Fate of the Depth is soft and melancholic, worrying keyboards quickly come to darken the melting before letting us absorb this wave of intensity. Black Metal? Sure. But the band is far from being limited to this so interesting style. Leads are more airy than ever, howlings deeper than the abyss, and the melting is incredible. A break comes to allow us to breath, but the black melodies progressively come back to rumble, then they drop us on Sinking Deep for a Hidden God, an as seizing and soaring song. The contrast between the impenetrable rhythmic overcomed by terrifying howlings and those soft and catchy leads is captivating, but also suffocating, just like during break recoveries.
The introduction of Path to the Weeping Hollow comes to caress us before lacerating us from everywhere, between sharp and appeasing sonorities, while the vocalist’s howlings come to add dark tones, which remain on quieter parts, then Létrontás places weighing tones. I don’t recognize the language in this speech, but the ambience is suffocating. Drowning of the Final Intellect reconnects with those enchanting and unhealthy riffs, that surprisingly catches us by the throat after some soft notes. The song releases some kind of quietness, but also some deep and blacker influences that will calm down with a soft final part, then which come back to life with The Archives. The song is very influenced by an unhealthy and heady Progressive/Post-Metal, that takes advantage of a break to make a quiet, penetrating and soaring riff rise. The oniric Asphyxia comes last, and its introduction lets place to the sound we meet from the beginning of the album. The melting between the dark saturated rhythmic and the soft luminous riffs create a penetrating and strange contrast and it’s impossible not to enjoy it while reflecting upon the screamed vocals.

You thought about discovering a Black Metal band? Hænesy is a hundred times more than this. Garabontzia melts Post, Atmospheric, Ambient and Experimental influences to create a melancholic, soaring, suffocating, ghostly and seizing universe. You won’t regret your try.