Nine Treasures makes a clean sweep of the pase with Awakening from Dukkha. 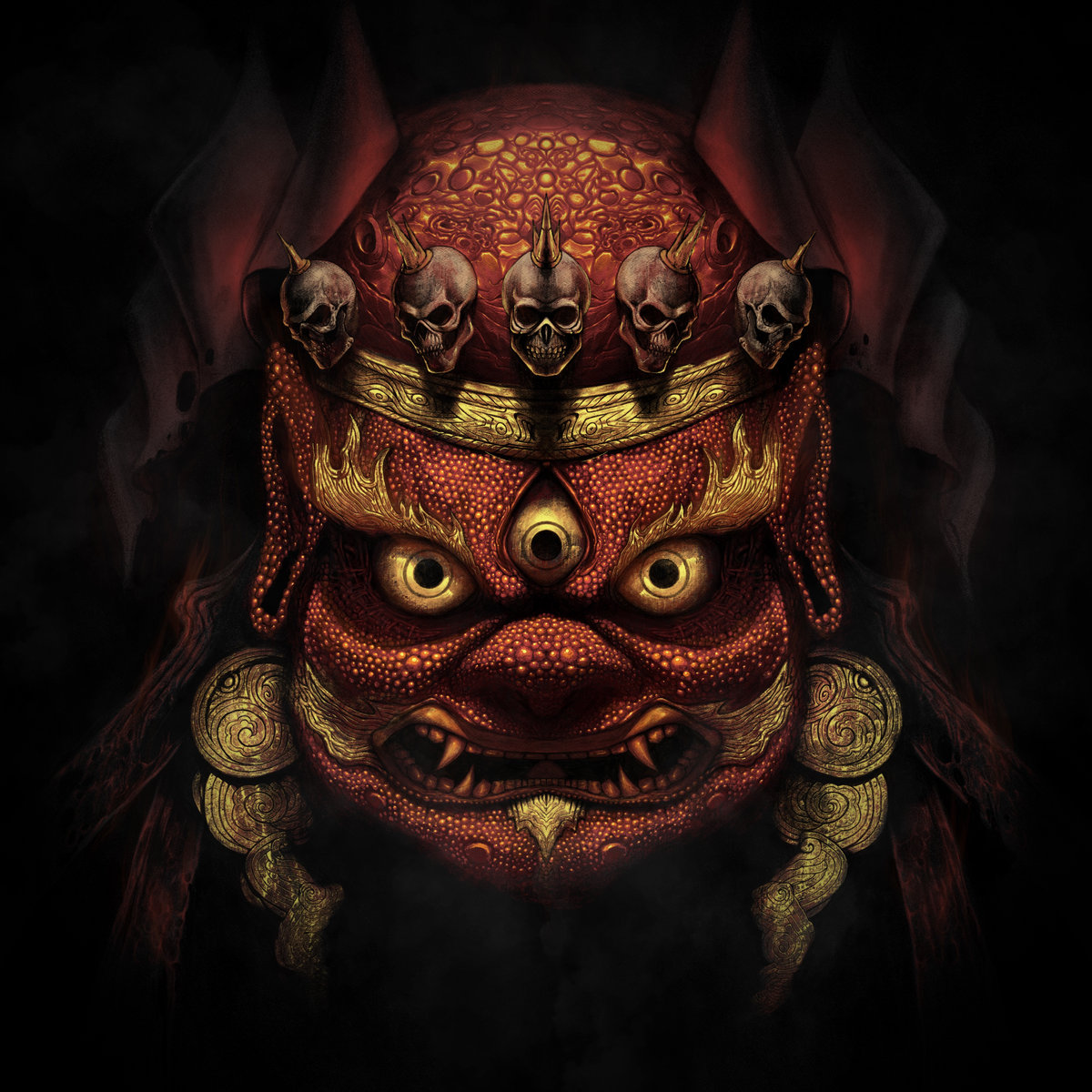 Askhan Avagchuud, the band’s leader and founder, stated he is not satisfied anymore with the previous recordings, and his detail’s meticulousness made him think about this “best-of” album as a reborn for the band. But if you already know the songs as I do, take time to listen to those enriched versions.
Aside of seizing and exotic folkloric instruments, the band can count on a very solid rhythmic and unusual but very catchy throaty mongolian vocals, as the energetic Black Heart unveils us. Quite Old School Death/Thrash Metal elements are also here, as on the break, but also into Arvan Ald Guulin Honshoor’s sharp riffs, on which melodies are based. We notice some catchy languor on Fable of Mangas, coupled to those Folk sonorities, but also Nomin Dalai’s energy or heady accessible tones on Tes River’s Hymn, a song on which the instrumental part perfectly links the two universes, but also the melancholy developed by the hooking Ten Years, a heavy song.
The band unveils us this part of their culture that sounds so distant with the airy The Dream About Ancient City, a magical and mesmerizing instrumental song, then we go back to raw energy with Praise for Fine Horse, a jerky song that breaks the codes we know. The End of the World offers shrilling tones while staying quite calm, creating a seizing contrast on which we immediately want to nod, then Wisdom Eyes reconnects with calm and accessible parts on which folkloric instruments and backing vocals add a special flavour. Stubborn meet energetic riffs and fast paced tempo again for a very catchy song, then Three Years Old Warrior comes to close the album with the band’s very own melting, that easily catches us into their universe.

It’s been already ten years that Nine Treasures offers its music to the world. Awakening from Dukkha is both a new beginning for the band, but also a way to show what they’re able to do, which means a seizing melting between solid Death/Thrash and mesmerizing Mongolian Folk.