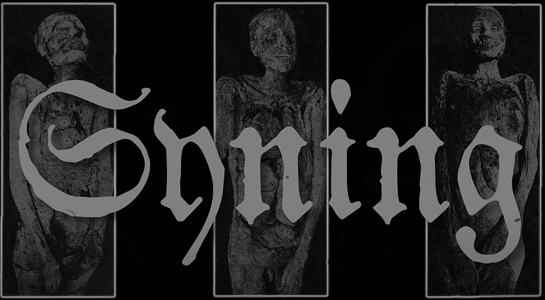 Let me introduce you to Syning. 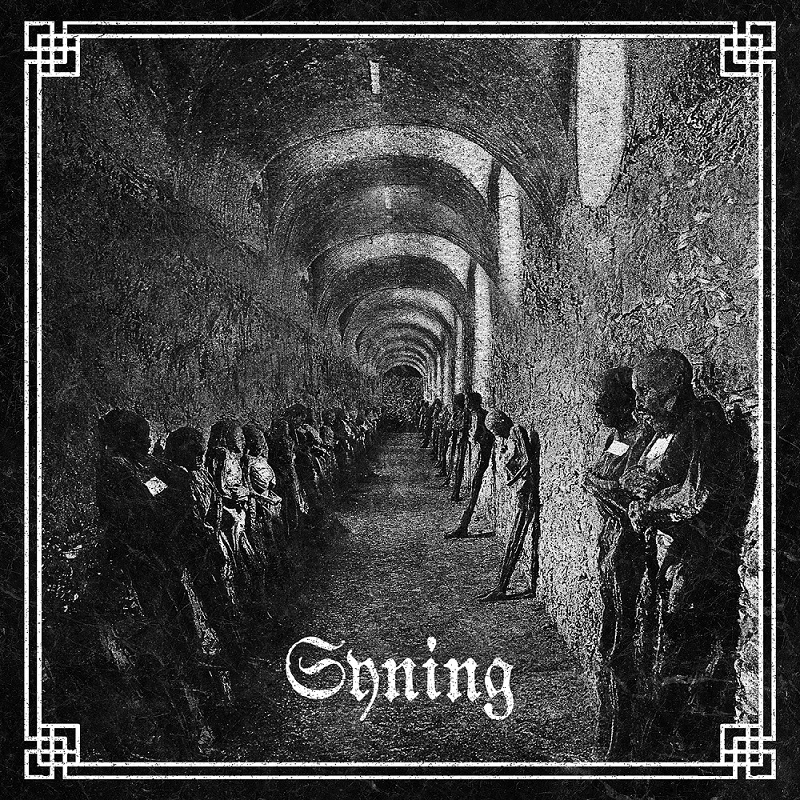 If the band’s basis can be found into both Old School and Ambient Black Metal, the member’s many influences reflect into this foggy and dark sound. Three songs, three ambiences, three views of darkness.
Atter Igjen Kommer Mørket Krypende, the first song, shrouds us with slow, seizing and haunting Doom sonorities, on which the rhythmic comes to life, vomiting a fast-paced and sharp violence with suffocating orchestrations. Et Siste Skrik offers hypnotic and heady tones thanks to those keyboards, borrowing from Dungeon Synth, to increase unhealthy riffs with dirty sound. Soaring harmonics sometimes contrast with this double kick steamroller, before offering an oppressive final and leaving us with Fortapt, the last song. Way shorter than the other compositions (only six minutes against fourteen and thirteen), it offers a melancholic melody full of backing howlings and a weighing ambience.

Syning’s universe is dark, and its numerous influences make it rich. Syning is a black and uncompromising album, making us go from a dark Black/Doom to mesmerizing ambiences before a frightening final, creating an interesting journey.