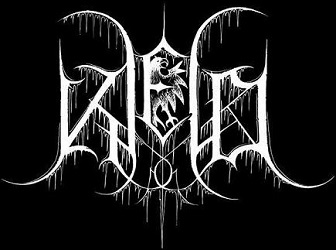 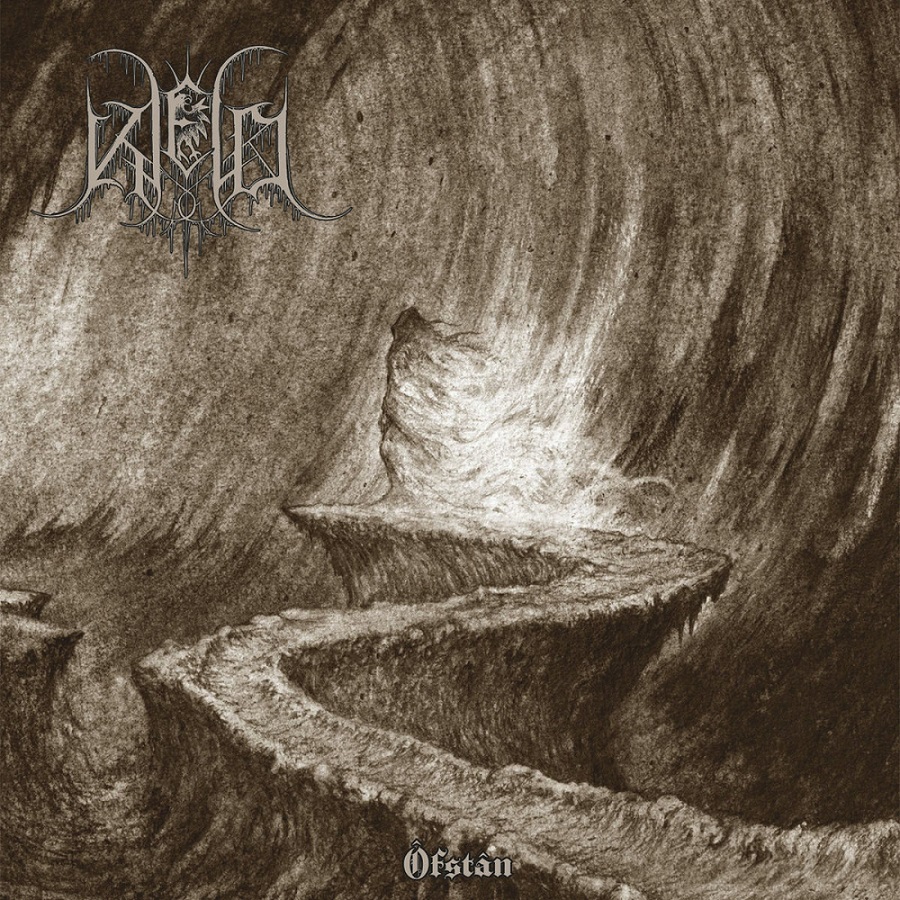 The album follows Kjeld’s art continuity, which means a raw and dissonant sound on which raucous howlings come to life, between several ice-cold and airy roots, in addition to Pagan influences. During nearly an hour, the band will catch us into its universe that begins with the majestic rhythmic of Betsjoend. This first song is cold and draws from mystical ambiences and unhealthy DSBM, mainly on vocals, then De iensume widner comes to strengthen those Old School riffs. Blast, impressive vocals, then epic accents can be felt into the solid Wylde rixt. The song is quite seizing, and exploits Pagan shades into the rhythmic, that perfectly goes with this black sound, then the long Ôfstân comes next. The band offers a storm of dissonance and heady sonorities with this composition, that only slows down to unveil this mesmerizing and dissonant cloud before the storm rages again.
We find Pagan influences back for Asbran, a fast and very raw song, that suddenly becomes quieter and more heady, supported by backing vocals. The ambience is still quite dark, like on Wite fokel, a majestingn composition. Epic but weighing tones take possession of our mind, adding some worrying Prog accents to the blackness. The song leaves us with the soft introduction of Falske doop that suddenly bursts into fire to let us face a wall of ice-cold aggressivity. Piercing harmonics meet oppressive choirs, then violence surfaces again until  the solid Skaad, an effective and catchy composition. Quite accessible, it allows to connect the different shades of the band’s mystical music, then Konfrontaasje reconnects with those Pagan influences to support one last time those tearing leads before an enchanting final part.

Kjeld’s multiple influences allow them to create a dark and diversified universe. Ôfstân is an album of which every shade offer us a part of darkness, that is contrasted by sometimes majestic, sometimes wild, but always visceral parts.