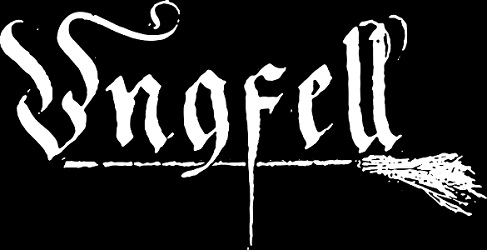 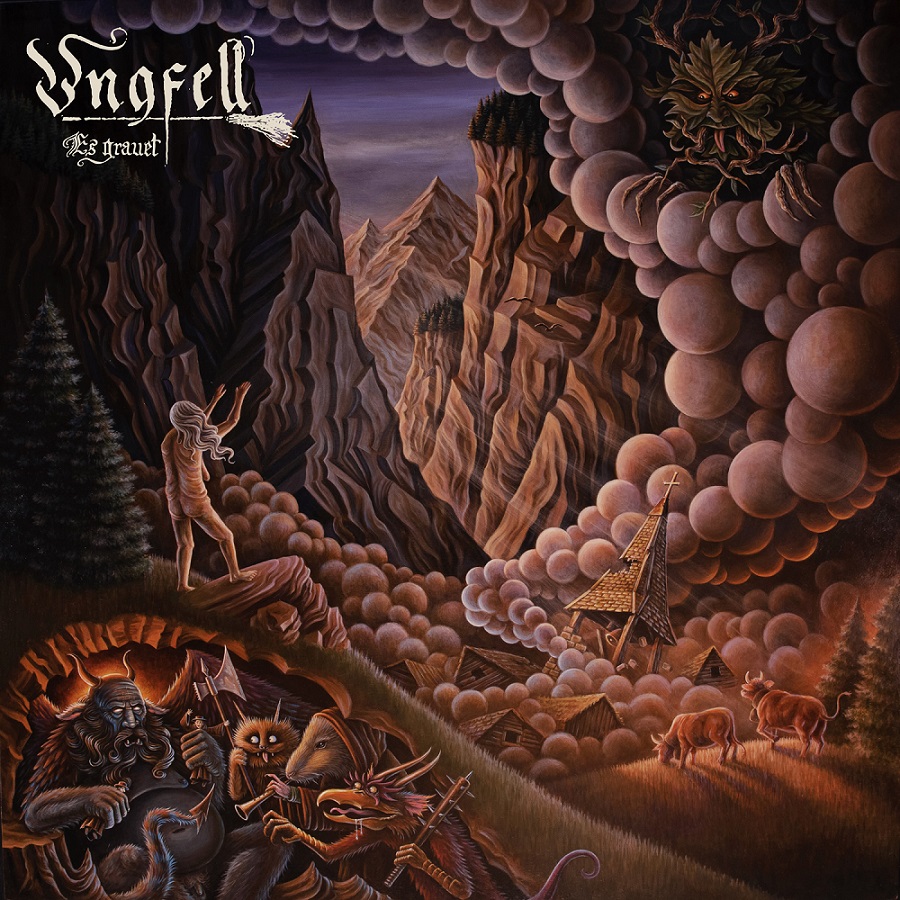 Affiliated to the Helvetic Underground Committee, the band offers a quite melodic Black Metal with motivating Folk influences, sometimes accompanied by Chimael’s cello. We begin with Es grauet überm Dorf, a short instrumental that places this so special rural style’s basis, then Tyfels Antlitz quickly throws us into the band’s raw and intense universe. The vocalist’s howlings scare us while the rhythmic with multiples influences mesmerize us, cut by some samples to include Pagan elements into the rhythmic. The final part quietly leads us to D Schwarzamslä, a melancholic and ambient transition, then the dance starts again with Mord im Tobel, a visceral song but still quite catchy where the band welcomes Karapan Darvish (Dakhma, Lykhaeon). The melting of this sharp and morbid Black Metal dyed with those joyful influences gives a surprising and catchy output.
Same feeling for the furious S Chnochelied, a song with fast-paced rhythmic and chaotic shades, that strengthen this feeling of oppression, mainly thanks to backing vocals. A clean sounding break comes to slow the song down, then the saturated rhythmic surfaces again, exploiting the musician’s madness, that will calm down again with Stossgebätt, a new clean sounding transition. The melody will be joined by some voices, increasing the federative aspect, then blackness appears again on D Unheilspfaffä vom Heinzäbärg. The composition presents us a melting of all the band’s music shades, melting visceral madness to cheerful patterns, appeasing choirs and a raw blackness before a spurt after a terrifying scream. The final drops us on S Fälsebräche, a dark outro accompanied by Anna’s yodeling.

Ungfell’s universe never ceases to surprise us. Between traditional swiss sonorities, Black Metal with sharp melodies and visceral howlings, Es Grauet is a rich and contrasted album that immediately catches us and will not let us go.