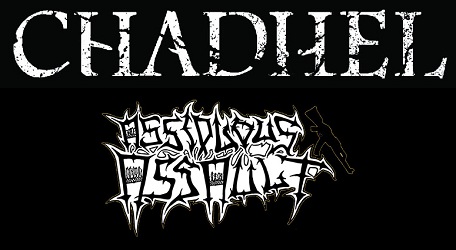 Chadhel and Assiduous Assault will explain Grindcore with a split. 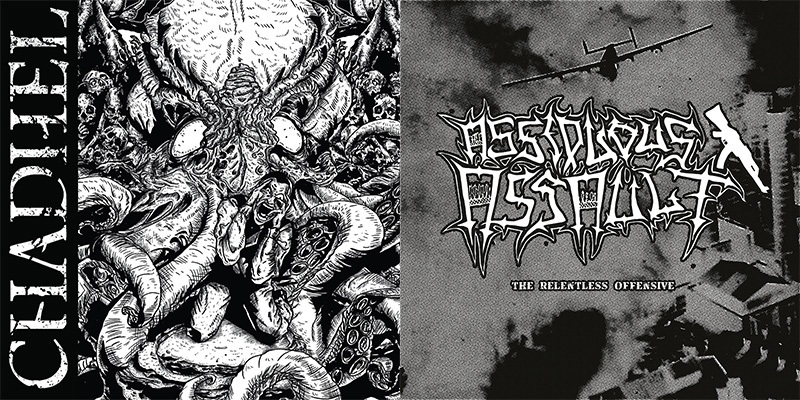 Whether the two bands are playing Grindcore, as you understood, their styles are quite different.
Chadhel’s sound is influenced by a super violent and massive Death Metal, composed of groovy parts like on A Feast for the Mentor, raw stuff for Stench of a Thousand Opened Graves, or a wave of seizing rage for Blood of the Hybrids, but the band stays into pure Grindcore patterns with Empty Shell and Slaves of a War to Come. Only eight songs, but be sure they will make you frantically nod.
Assiduous Assault’s approach is more Punk-oriented, with a dirty sound as you can hear on Berzerker, but also samples from a comic show to let us breathe. Pure brutality are expressed on Grenada or DIckslap, but we also have some sweep-picking into their riffs, like on Big Bertha or Pohowtan. In the end, they offer twelve very short and intense songs.

With this split, Chadhel and Assiduous Assault show us two as effective and interesting Grindcore styles. No matter which part you prefer, the bands will crush you for sure!