Watchman offers us its first album.

After a promising first EP, the project created by Roy Waterford (vocals/all instruments) unveils us Doom of Babylon. 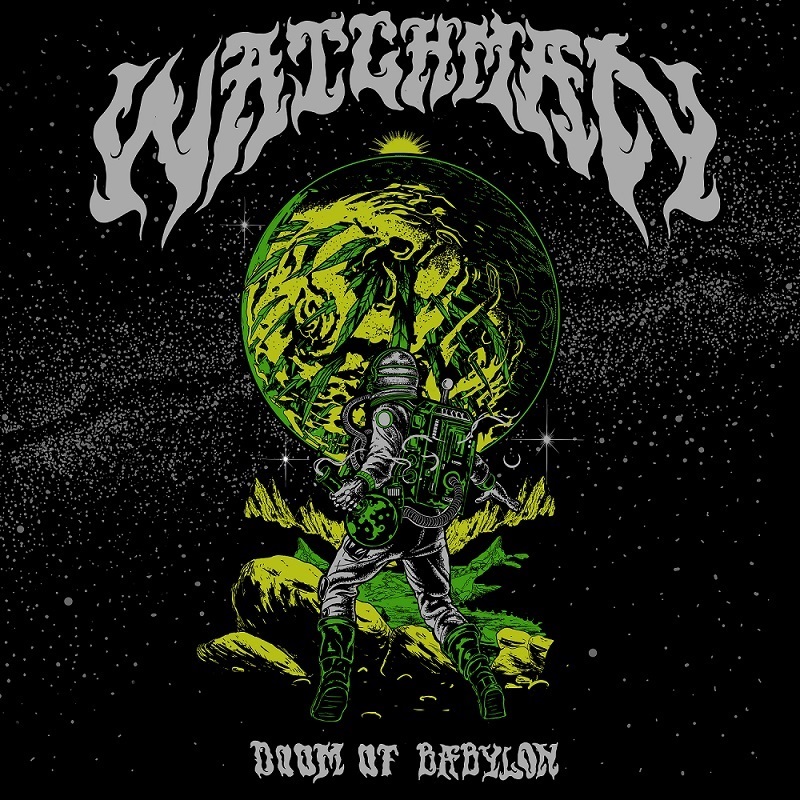 Since the very first notes, it’s impossible to ignore Black Sabbath and Electric Wizard are huge influences for the musician and his Old School Stoner/Doom with sometimes Psychedelic accents. Behold a Pale Horse proves it thanks to simple but catchy riffs, on which some leads pierce the rhythmic cloud, completed by haunting vocals. Bowls of Wrath is built on some unhealthy and slow Groove with mesmerizing harmonics, completed by faraway and mysterious vocals, that we also find on the crushing Doom of Babylon. The sound wears some dissonant effects that can get out of this greasy mix before The Second Death, a heady and occult composition that once again pays tribute to the band’s influences. Darker than the other ones, the song is also more regular, while Wormwood offers more soaring and softer sonorities. Saturation is still present, but it literally resounds in the air, unlike previous sounds. Come and See pick into a weighing Blues and this characteristic suffocating saturation to offer catchy and easily accessible parts, then the mystical and mysterious Blood, Fire, and Pillars of Smoke comes again to fill the air with its weighing and oppressive sonorities before Pestilence, the last song. A thick rhythmic slowly marches on to shroud us with airy and greasy tones, ghostly vocals and mesmerizing harmonics, then everything progressively disappears.

Watchman allows its creator to fully exploit its influences. Doom of Babylon offers very catchy riffs with heady Old School tones that gives us only one will: being mesmerized.