After two EPs in 2017 and 2018, Vladimir Borodulin (vocals, ex-Relics of Humanity), Dmitry Romanovsky (guitar, ex-Essence of Datum), Anton S (bass) and Pavel V (drums) team up with Season of Mist for the release of All Occupied by Sole Death. 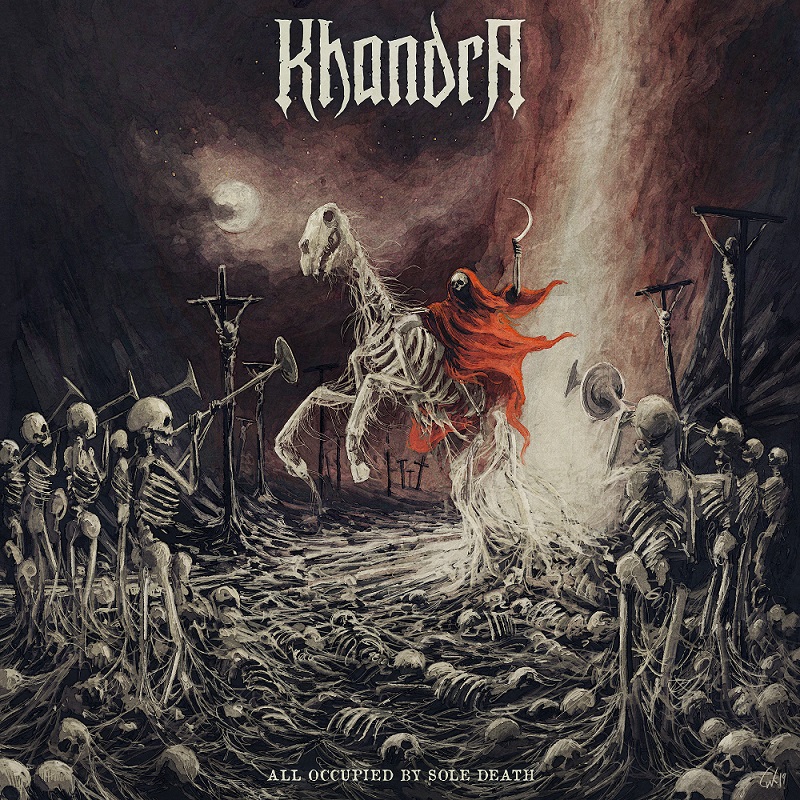 Illustrated by Misanthropic-Art (Asphyx, Convocation, Deathcode Society, Hooded Menace, Sargeist, Ungfell…), the band plays an ice-cold Black Metal with many influences, creating a dark and fascinating universe.
Whether Mute moleben, the introductive song, let us imagine some oppression, Irrigating Lethal Acres with Blood links melancholy with soaring and dissonant sonorities, that arise from a solid and fast rhythmic. It sometimes slows down, but leads are as hypnotic, while Nothing but Immortality for Aye throws us in a vortex of raw blackness with unhealthy sonorities. Riffs permanently fly and clash, creating explosions of violence before the arrival of more heady parts, then In Harvest Against the Sun offers energy spurts that will morph into a raw and massive rage with greasy sound.
With the Blessing of Starless Night continues into this visceral acrimony and those sharp riffs, on which howlings become more and more rocky. The small riff storm turns into a hurricane of intensity, then Thanatos calms everything with a softer introduction. But once again, a true tornado suddenly appears, melting sharp and vivid riffs with dissonant calm parts, without removing this haunting shade. The call of the god of Death (for greek mythology, which is the track’s name) provokes the bursting of the rhythmic, that let place to All Occupied by Sole Death, the eponymous song, and also the last song of the album. Riffs are epic and seizing, offering a mystical basis to evil screams, that accompany us until the last seconds of this striking song.

Khandra’s music is indeed a hurricane. All Occupied by Sole Death takes time to create a dark ambience while gathering strength before unleashing its fury as fast-paced riffs, howlings and seizing rhythmics.