Birdflesh is still mad, and their new EP comes to confirm it. 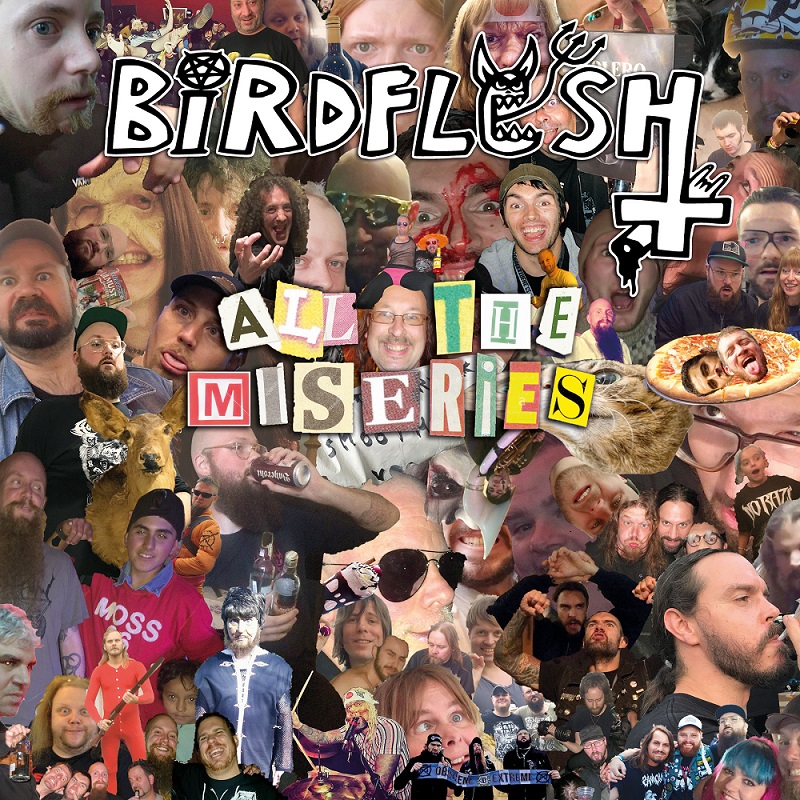 The EP is separated into two parts. The first contains thirteen new songs recorded in studio, while the second part is a live show of eleven songs recorded during a show in Belgium with Rectal Smegma and Cattle Decapitation. Ready? Never mind!

I do not know what you expect of this first part, but let me tell you that madness and violence will be part of it. Birdflesh plays Grindcore, and we can feel it as much into their fast-paced riffs as into their song’s length with comical and aggressive potential. Whether pure violence is present on Gore Ensemble or High on Carnage, we hear clean voice on Radioactive Madness while Grind/Hardcore patterns introduce us a wild energy. The band doesn’t fear experimentation, and we can feel it with the fifteen seconds of pure happiness on Spinebreaker or the flute on Sayonara Sensei, but also some samples to let us breathe between two waves of violence.
Here we go for the live part! So we have eleven songs the band played at Masters of Grind 2019 in Belgium that are amongst the band’s essential tracks, between pure violence, catchy patterns and improbable names, interrupted by comical interventions. Countless Mayhem, Alive Autopsy, Victim of the Cat or even the quiet Coffin Fucker are part of the setlist, and you will regret not to be here for this show!

Birdflesh is part of the Grindcore scene’s legends. All The Miseries explains us without a single shade of quietness why: the band knows how to link laughs and violence, energy and mockery, but above all effectiveness and solid riffs.