Primal Age is back to teach us the pit’s rules.

Since 1993, the band defends its beliefs with a vindictive and committed Metalcore that makes us move. After two EPs and two albums, xDidierx (vocals), xDimitrix (bass), Mehdi (drums), Florian (guitar) and Benoit (guitar) are ready for Masked Enemy, their third album. 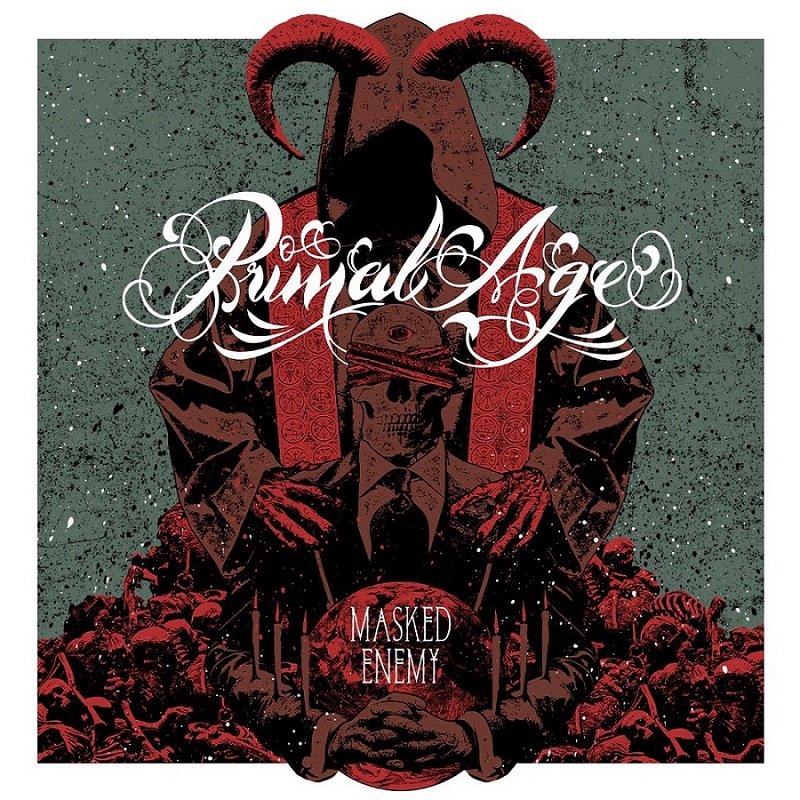 The band is amongst pioneers of Metalcore in Europe, and that’s after an introduction made of a sample from a discourse of Severn Cullis-Suzuki (Rio de Janeiro Earth Summit in 1992) that the Normans will spread their strength on Wise Old Man. Hooking riffs, raw energy in permanence and a Hardcorish groove that ends on The Devil Is Hidden In Shadow, one of the most energetic composition of the album. Some backing vocals, moshparts, but above all the dangerously addictive will to fight that the band immediately propagates with blasts before Adolescent Humanity. Once again, the band deploys catchy riffs, choruses we want to scream with them, and the recipe won’t change with The Two Heads Monster accompanied by sharp and effective Thrash patterns.
Masked Enemy comes next with some very Metal influences without forgetting this Hardcore ambience that makes us want to throw ourselves into the pit, and this will won’t leave us with I Warn You, a quite heavy song of which more melodic harmonics create an interesting contrast. Quick break with The Downside Progress, an acoustic sounding interlude, that once again throws us into the pit with Who Dares Win, a composition that offers both a solid rhythmic and a hellish solo. Passion Vs Fashion continues into this melting between pure Hardcore basis and piercing harmonics under screams of rage, then Blinded by Cruelty offers a dissonant and weighing composition to contrast with those breaks to close the album, right before Awakening of Consciousness, a dark and melancholic outro.

I warned you, Primal Age lives for its fight! With Masked Enemy, the band proves us that it is in great shape and well determined to strike where it hurts to make sure its message reached us with vivid riffs and screams of rage.