Created in the south of France in 2019, the band created by Manuel Neyssensas (guitar/vocals), Antoine Cayol (drums/vocals), David Argi (bass) and Hugo Gesta (keyboards) releases Reset, its first album, at No Good To Anyone. 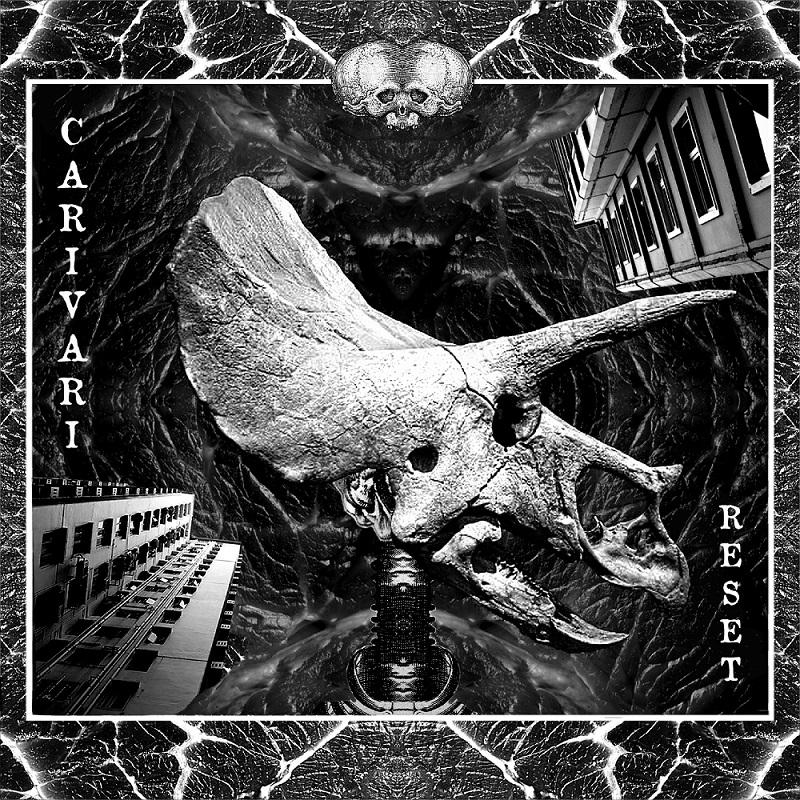 On this album, expect to find a compromise between committed Grindcore, heady Industrial influences and samples created or used by the quartet with a ravaging firepower. We see this strength since Trapped Between 2 Mirrors, a quite direct and effective song that picks as much into raw violence as into disturbing effects, but also on Democratic Rape, an oppressive song on which the band welcomes Pierre Martinez and political samples. Once again, raw energy makes miracles, then comes the dark and haunting Earth’s Veins to strike us. The song is quite heavy, but some more moving parts are to expect, while There Wont Be Answers immediately catches us into this Punk rooted dance.
The band continues with Smithereens, a short composition with an extreme metallic saturation, then the band will mark a very Noise break with Danse Macabre. Samples, oppressive effects and an unfurling wave of violence before Reject Them, a quite groovy and catchy song, without forgetting Industrial aggressive effects. The band continues with the effective Faithful Life, a lively track with multiple roots, but also with Empty Shells, a heavy and oppressive song that lends some very weighing tones with a dark rhythmic. The Dancing Plague comes back on a powerful and communicative groove with sometimes technical before introducing us to Reset, the final song. For the occasion, the band welcomes Aymen Roll, Dorian Caione and Julien Coppo to offer nus a last fix of oppressive industrial blackness.

Carivari’s Grindcore influences are not a secret for anyone. Between Grindcore’s raw strength, disturbing and heady Industrial elements and committed samples, Reset will probably be the album that will make you move this summer if you’re not into “conventional” music!