Formed in 1989 under the name of Ulceration then Fear the Factory by Dino Cazares (guitare, Asesino, Divine Heresy, ex-Brujeria), the band suffers from successive hiatus and line-up changes, but they always come back. Mike Heller (drums, Amahiru, Black Hole Deity, Malignancy) and Tony Campos (bass, Static-X, Asesino, ex-Brujeria, ex-Ministry, ex-Possessed, ex-Soulfly) stand alongside the founder for this new album, on which we find vocals from Burton C. Bell, recorded right before his departure. 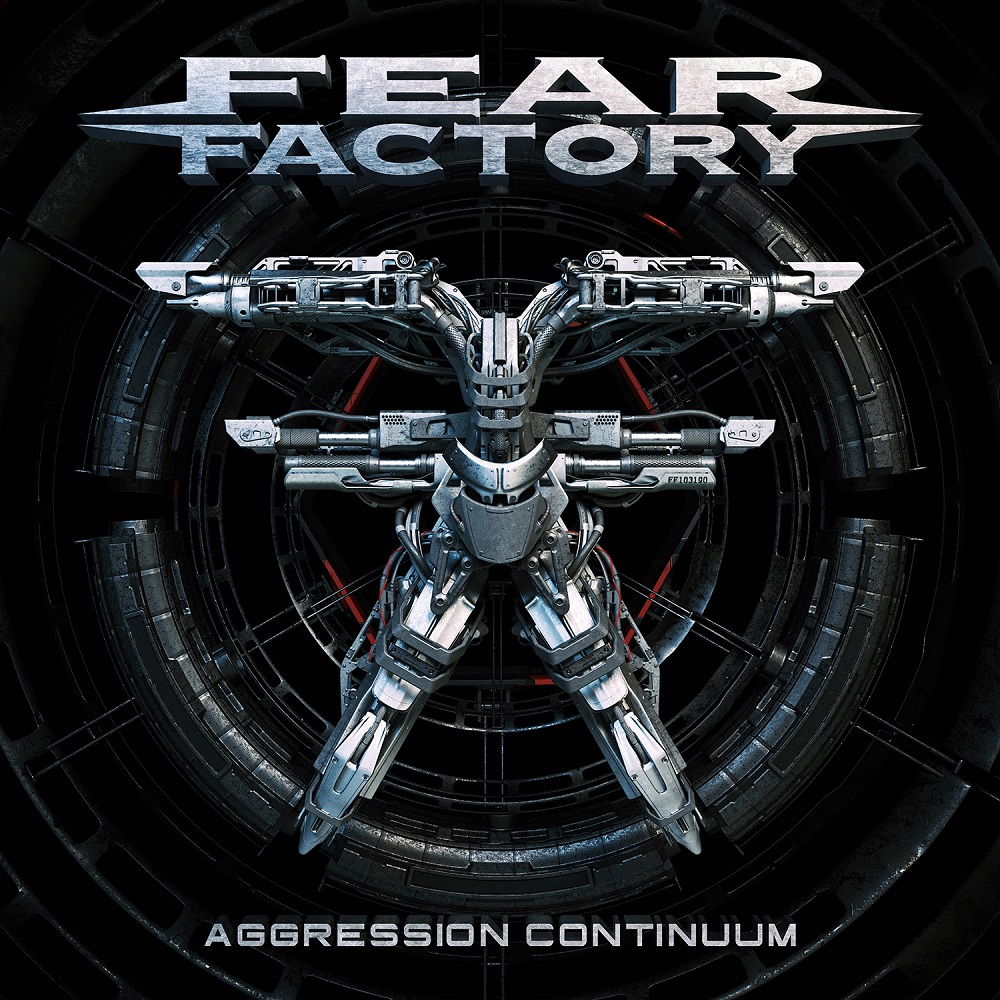 Recode places us into a futuristic apocalyptic ambience before crushing us with this melting of Groove and warlike Industrial with epic ambiences. We have an alternating between screams on verses and clean vocals on motivating choruses, like on the vivid Disruptor and its thick riffs that slow down to let place to accessible and very heady choruses. The band moves forward with Aggression Continuum, a highly darker song, and the introduction lets place to those violent riffs supported by majestic samples. The song reveals an explosive rage, that continues on on Purity, a perfect song for live shows that keeps this duality between aggressiveness and quietness, then the band is fully unleashed on the worrying Fuel Injected Suicide Machine. The song is as jerky as energetic, and promises intense headbanging sessions, mainly on those futuristic breaks.
Collapse quickly reminds us this apocalyptic universe in which we evolve before annihilating every kind of resistance with heavy and suffocating riffs. The song still keeps some energy until the end, then Manufactured Hope comes next with a solid rhythmic and dark ambience. Even clean vocals seems to be pessimistic on this song, and riffs make us understand it before Cognitive Dissonance, a song with catchy sonorities. Once again, this alternance between clean and saturated vocals is heady, even if it softens the song, then Monolith plays the simplicity card to offer an incredible effectiveness. The tempo seems to be slower than on other songs but we can expect some energetic parts, then End of the Line comes to close the album with all the strength the band can spread. Fastness, heaviness and rage melt together to create an extremely thick sound that will end on a little wink to previous opuses, and to the Dune universe.

Never doubt about Fear Factory’s firepower. Aggression Continuum throws us into a whirlwind of addictive and groovy as hell violence that makes us want to break our neck on each song. Who will be the next vocalist in your opinion?