Hiraes is about to drop its first album.

Created in Germany in 2020 by Mathias Blässe (drums), Lukas Kerk (guitar), Christian Wösten (bass) and Oliver Kirchner (guitar) on the ashes of Dawn of Disease, the band recruits Britta Görtz (chant, Critical Mess, ex-Cripper). Together they composed and recorded Solitary, their first album. 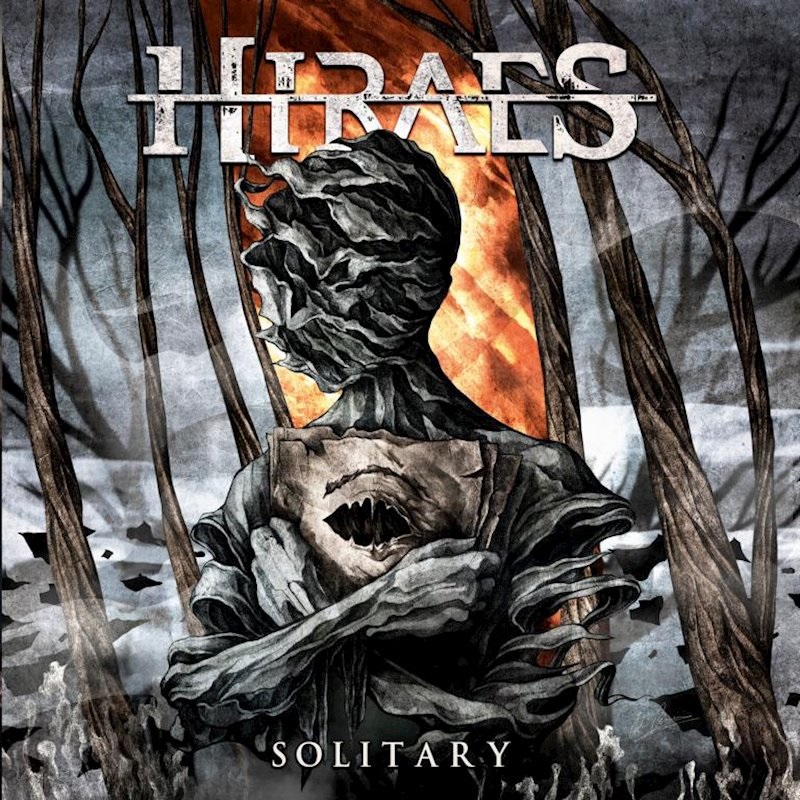 All the band members have a common basis: Melodic Death Metal. It’s into this style that they will evolve together, combined to intense screamed vocals. We discover it with Shadow Break, a heady and haunting song that lets violence appear under those airy and epic riffs, while Under Fire and its jerky rhythmic clearly unveils more swedish-rooted influences. Weighing quiet moments let place to more energetic parts, while Grain of Sand created a contrast between pure violence made of blast beats melted with fast riffs, then choruses become more accessible and catchy.
The band continues with 1000 Lights, a song that blends a haunting rhythmic with piercing leads and an explosive rage, offering majestic parts, while pure hatred surfaces again with Eyes Over Black, an abrasive song that sounds like a tornado. Harmonics meet some heavy rhythmic, then Outshine melts once again violence and airy tones for a quite effective song. Solitary, the eponymous song, shows some aggressiveness, as well on rhythmic as on vocals, and if both elements are heavier and darker, they contrast again with heady leads. We have some melancholy with Strangers and its worrying introduction with clean sound, then the sound wears more epic sonorities, covering some violence. The singer’s howlings are diversified, offering heaviness and some despair, like on Running Out of Time, the albums’ last song, that begins fastly. This introduction is super really powerful, and the whole song follows this pattern with some slowdowns to place epic finnish-inspired tones.

Hiraes’ melting picks some melodic and powerful elements to build another identity. Solitary melts all their influences, and the comparison with some famous Melodic Death Metal bands coming from Sweden or Finland is tempting.