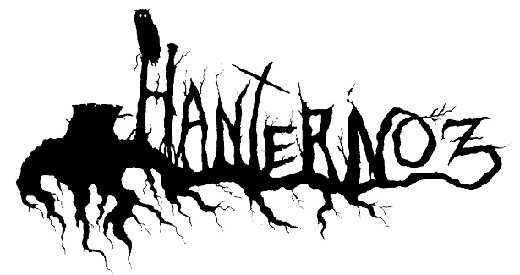 Hanternoz is back to drag its dirt with a new album. 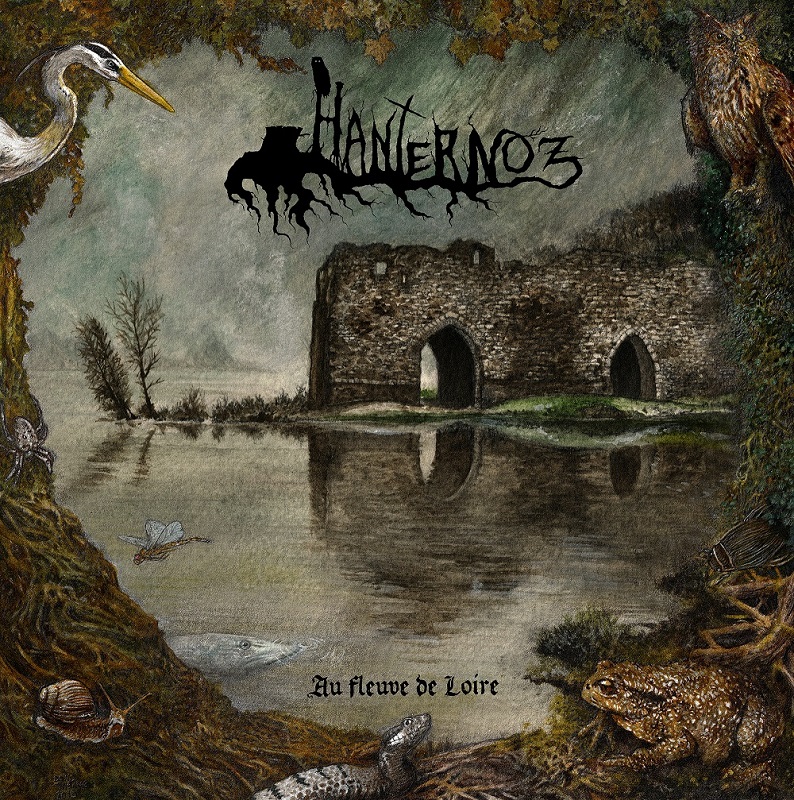 It’s not unusual to hear that every french Black Metal band plays its own style, and Hanternoz is a perfect example. The band takes inspiration from the french culture and Breton legends to give a pagan touch with raw sound and vocals in french.
Helped by Isarnos (Anus Mundi, Öxxö Xööx, Régiment, ex-Embryonic Cells…) on drums and Stefan Traunmüller (Golden Dawn, Rauhnåcht, ex-Schattenfall…) on guitar, the band offers an hour of sound that makes us travel along this well known french river, but not in a touristic way. Far from this magical and enchanted sight, the band shows us shallows, blackness and dirt through unhealthy but somehow joyful melodies, on which raucous screams walk alongside us. Soberly introduced by Déjà la nuit, a short introduction, the album continues with À cul de grève, a very catchy and violent song on which we have Spellbound (Aorlhac, Jours Pâles), Cervantes (Darkenhöld) and Géraud (Régiment, ex-Borgia) to relate us this decay. We notice some morbid poetry on this song, just like on Ce que le fleuve a pris, a song that once again plays on the contrast between the rhythmic’s  aggressiveness and melodies. L’Hanterdro de Languidic offers a softer tempo and parts anchored into the Breton folkloric music, then raw violence surfaces again with Vieille Nasse Crevée, the longest song. Rage let place with heady sonorities from Geoffroy Dell’Aria (Les Bâtards du Nord, ex-Ithilien) and his wind instruments, sublimating the band’s raw parts. Bateliers de Loire comes next with a haunting melancholy and a chorus made of mariner singings, creating again a contrast with this raw and dirty sound, then Le roi René a fait mander reconnects with more majestic and airy sonorities that turn into an epic rhythmic with medieval accents. Hérons dans ma Mémoire offers us from the outset a poetic wordplay for some weighing and dissonant melodies, before howlings come to offer this intense and spiking vocals. The song is once again more quiet and darker, but it ends with Bientôt la nuit, an outro related with a disturbing quietness, just like the introduction.

Hanternoz didn’t write an album. Au Fleuve de Loire is a true saga, a gloomy poetry, a story through a dark and gruesome Bretagne, hidden from the light that slithers during the night and jumps to the throat without warning before continuing its course as nothing happened.