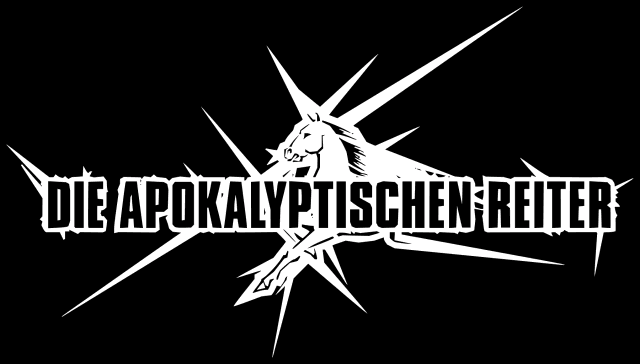 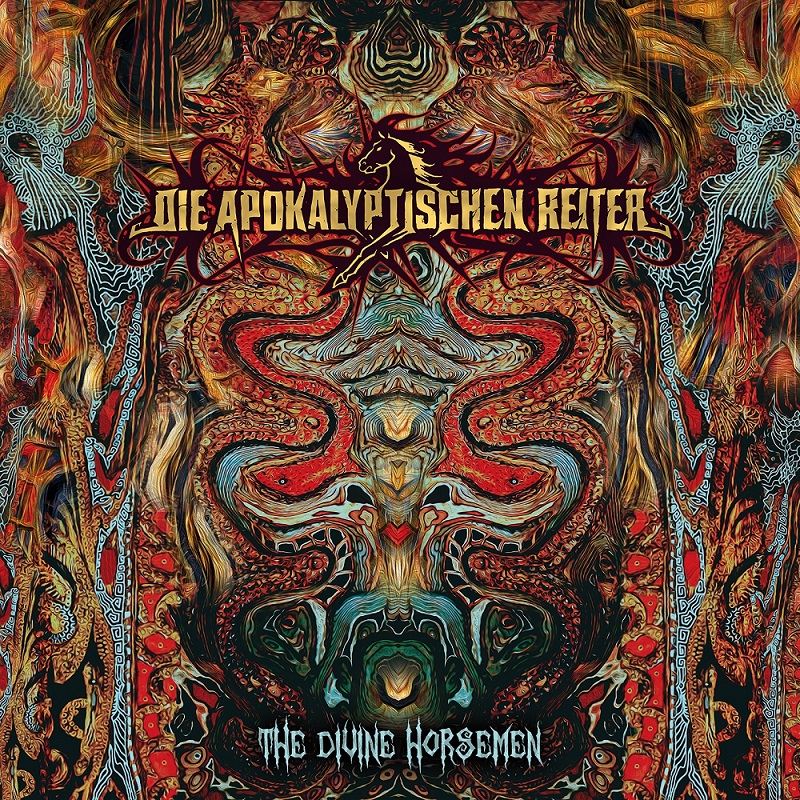 To me, Die Apokalyptischen Reiter always were a band aside from the others. Whether the first albums offered a pure greasy and Old School Death Metal, the band’s style quickly evolved, offering Folk sonorities but still those vocals in german with an exceptional tone. And it doesn’t change. Tiki assaults us with groovy and catchy groovy sonorities, but the song quickly drops us on Salus, a more raw song that offers mad melodies accompanied by keyboards. Amma Guru develops again this contrast between rough rhythm and more oriental parts, then Inka offers very airy influences. The song is long but soaring, creating some kind of intriguing break before intense tones come back on the end, but also with Nachtblume, a very fast song that only focuses on violence.
Altheia welcomes us with didgeridoos, then the band recovers with joyful and tribal influences, that leads to Duir. The song plays between Prog/Folk and melancholy to welcome a more simple Metal rhythmic, that gets progressively dyed with Folk elements to reach a climax of intensity between instruments and vocals. The band reconnects with melancholy for Children Of Mother Night, an airy composition between blackness and intensity whether it is about vocals or the solo, while Uelewa offers once again pure melancholy. Clean sound is privileged on this song that lets us communicate with several influences, then saturation is back to let our mind rample until Haka, a quite energetic song. The track is short, but it lets place to Simbi Makya, a very progressive and above all very ambient that includes two explosions. Wa He Gu Ru offers an interesting and catchy contrast between the two styles, then Akhi unveils oriental sonorities that gets melted with a more and more raw and intense Death Metal to strike with rage before Ymir. The song melts again intense Melodic Death, seizing Progressive Metal and heavy but dark influences. Even if it is deep, the song makes us feel it only waits for an explosion, that will be translated by an hypnotic lead, then the rhythmic comes back to melancholy before Eg On Kar, the last song. This one is a perfect melting between quietness, intensity, rage and Folk parts that highlight percussions and leads.

Die Apokalyptischen Reiter always had an incredible musical personality. Whether we think we know them, the band always surprises us. The Divine Horsemen is a rich album, a bit mad and highly contrasted that will be loved by longtime fans but also by new sonorities lovers.