Nephren-Ka continues its path with From Agony to Transcendence, its third album.

Since 2006, Sébastien Briat (guitare/chant) has driven the project, accompanied by Thibaud Pialoux (batterie). After a demo, an EP and two full-lengths, the line-up changed when Dimitri Boudon (bass) and Sylvain Bayle (vocals) joined. The band announces its third album for 2021 with Dolorem Records again, and still inspired by the art of Franck Herbert. 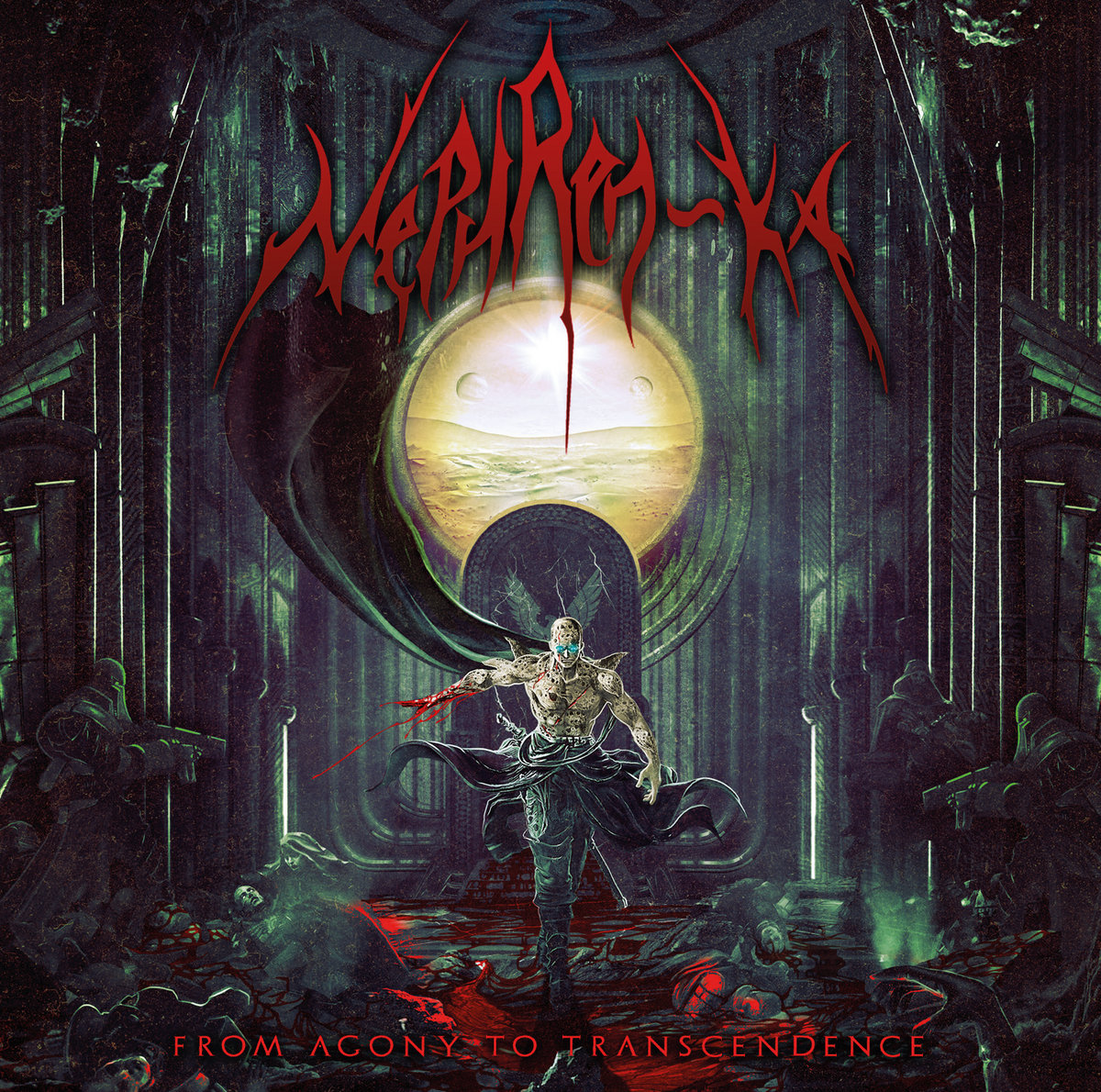 We begin with violence with L’Abomination, the first composition. Blast, strong howlings and impressive rhythmic join forces to offer a massive sound on which musicians add those hints of technicality and piercing leads. The recipe doesn’t change with Corioli Storm, a quite direct composition that takes time to place groovy elements and a stunning bass sound to welcome an epic and violent melting. The band continues with L’Agonie De L’Epice, one of the first songs to be revealed, playing on thick riffs to offer a brutal ground to vivid leads, as well as howlings supported by aggressive backing vocals. Tribal sonorities come to close the song before Sédition, that immediately reconnects with violence, and that never forgets technicality and powerful melodies, as this heady bass solo proves it, then Vision of The Secher Nbiw brings some blackness to superhuman violence. We also have some oriental patterns into this song’s leads, creating an interesting contrast between pure violence and catchy tones, while the final is only heaviness to welcome Levenbrech Sardaukar, feeding this intriguing contrast. The sound becomes worrying and oppressive, like on Conspiracy For The Fall of The Atreides, melting shrilling leads and impressive rhythmic under uninterrupted blast and unhealthy groove. Abu Dhur, Le Père Des Routes Indefinies Du Temps offers some pig squeal parts to create a dissonance with the instrumental part technicality, while spreading a crushing violence before making us fall into the outro blackness. The last assault will come from the majestic Sea of Sand, that keeps this raw basis while coupling it with more airy sonorities to create a high potential wall of sound.

With every album, Nephren-Ka goes further. Whether it is about violence, blackness or technicality, From Agony to Transcendence proves that the band still has aces up its sleeve, and that musicians can captivate us as much as they can attack us.