After several years of silence, Ophidian I offers us its second album. 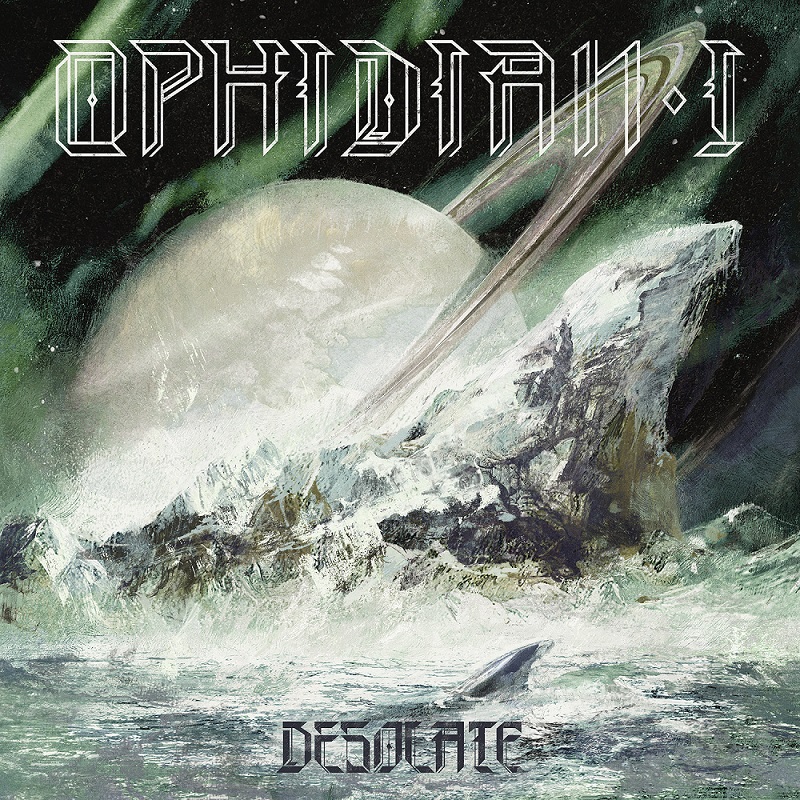 Helped by Christian Donaldson (Cryptopsy) for the mix and mastering as well as Eliran Kantor (Helloween, Bloodbath, Cryptosis, Gaerea, Loudblast…) for the artwork, the band offers a Technical Death Metal that allowed them to sign at Season of Mist.
The very first thing anyone who knows the band will notice is they progressed a lot. Diamonds immediately strikes with a fast and solid rhythmic, playing on dissonant melodies and complex leads. The vocalist’s howlings have an important place, but the band also know how to highlight the instrumental part when necessary, like on Spiral To Oblivion and its heady storm of violence that relentlessly turns around us. Storm Aglow wears piercing and dissonant tones to embellish this rage made of blast and heaviness, then the band goes into Brutal Death for Unfurling The Crescent Moon, the shortest composition. We notice Prog Death influences for Sequential Descent, a song that puts riffs technicality forth, while staying very coherent, then the band allows us a short break with Captive Infinity and its clean introduction. But the raw strength is never really far, and it will quickly come over with fast and technical hints. The band creates a quite impressive contrast between technicality, airy sounds and solid rhythmic on Enslaved In A Desolate Swarm, which is maybe the less violent but the most original song, then we go back to effectiveness with Dominion Eyes. The vocalist’s howlings seem to get strengthened each time he screams, while guitars trap us into those fast-paced melodies. Heaviness surfaces again on Jupiter, a composition that creates a balance between firepower and technicality, then the album gets closed with Wither On The Vine, a song with spatial sonorities that plays on a nearly permanent duality between guitars, that fight on this strong basis.

Ophidian I’s silence was good for them. With Desolate, the band proves it improves in both pure technicality, but also with composing. Songs smoothly follow each other, while offering various and varied influences to a monstrous basis.