One year ago, Horresque was releasing its first album. 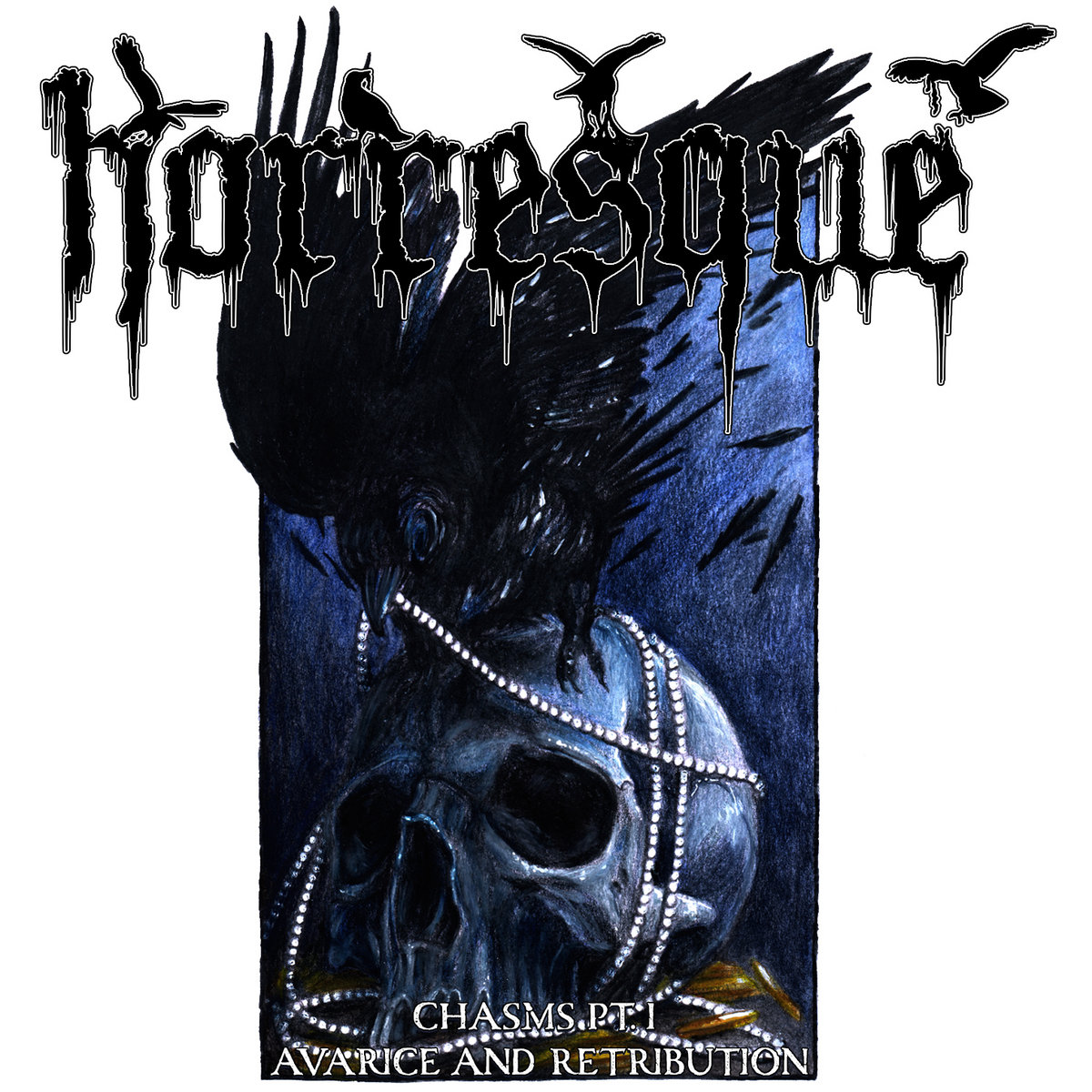 Together, the musicians orchestrated a blending of Death Metal dyed with Old School elements and Black Metal with unhealthy sonorities to create a raw sound that follows the path of their first demo back in 2016.
The album begins on Praeludium, a dark and oppressive introduction that unveils some intriguing melodies before The Guts of the Falun Gong, a song that highlights dissonance as well as an addictive and disturbing rhythmic. The sound is as aggressive as catchy, and those raucous vocals supported by sharp melodies give it a bloody taste, like on Gary Heidnik, the next song. Some already recognized the american murderer, but everybody feels that the band knows to spread ice-cold sonorities to fit the topic while keeping disturbing sonorities. The band allow us to breath again with Interludium I, a short dark composition, then Murder Castle reconnects with aggressive, ambient and oppressive sounds while offering a morbid energy.
Collateral Murder still offers disruptive sonorities on a vivid and violent rhythmic, while spreading blackness and oppression, strengthened by the vocalist’s howlings and this heady break, then MQ1-Predator displays dissonant and sharp melodies to wonderfully fit the dark Old School Death Metal’s effectiveness. Some tribal percussions open us the gates of Of Pride and Kazim, an airy and heady track that still offers some rawer patterns, creating a seizing contrast. Once again, the band allows us to catch our breath with the worrying Interludium II, then Deepwater Horizon comes back on the band’s characteristic sharp and aggressive sonorities that became their trademark since the beginning. Melodies are abrasives, just like the burning and intense harmonics on My Lai ‘68, the last song, that shows some climax of violence before an oppressive final.

Horresque’s style develops harrowing and raw influences coupled to dissonant melodies to shock and scare. Chasms Pt. I: Avarice and Retribution is an adventure through aggressiveness, blackness and Old School violence that has to be lived.