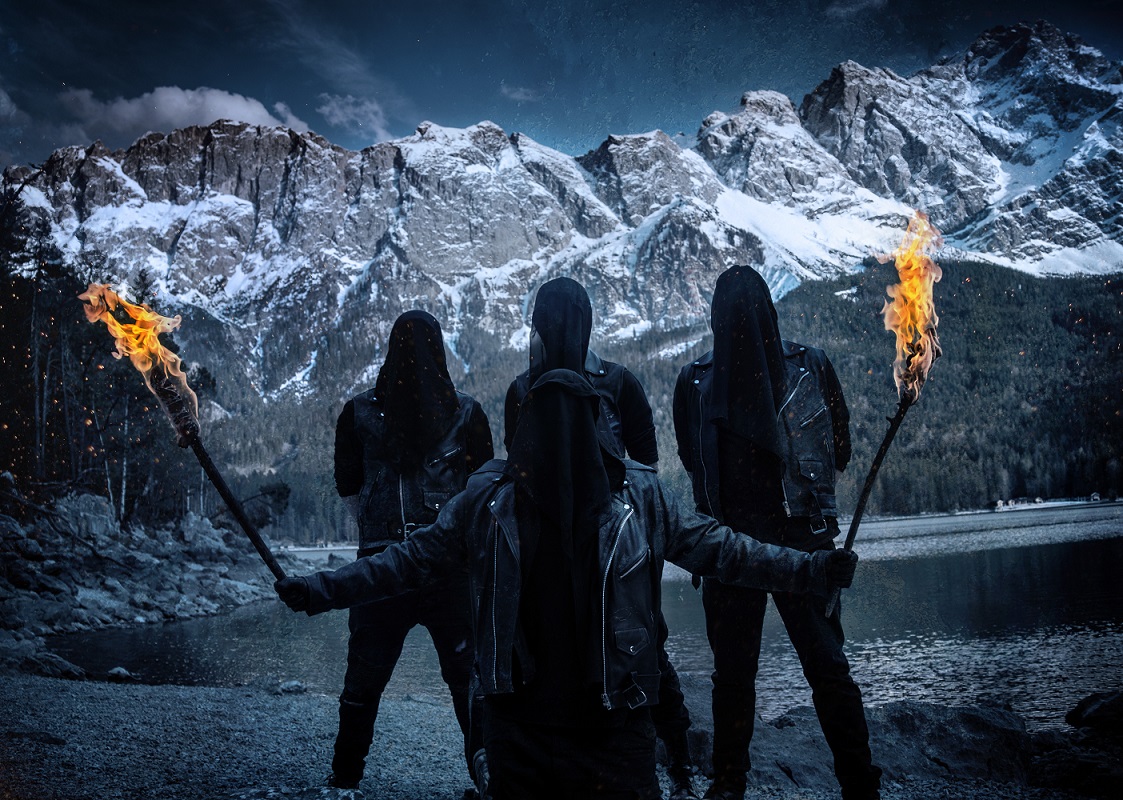 P.G. founder, vocalist and guitarist of the Black Metal band Groza answered some questions about the release of their new album The Redemptive End.

Hello and first of all, thank you for your time! Would you please introduce the band Groza without using the label “Black Metal”?
P.G. (vocals/guitar): Thanks for having us. This is P.G. (Vocal, Guitar, Founder) speaking. Groza is a band from Bavaria, Germany, founded in 2016. We play music driven by anger, atmosphere and emotion.

Where does the name Groza come from? What does it mean to you?
P.G.: « GROZA » is a term from several Slavic languages and can be translated to storm or terror, depending on the language. It describes our music rather well, which makes it a fitting name for this project.

I’m not here to talk about the past, so this will be the only question about it: there was a huge wave of “they copied MGLA” because of your influences and visual style. How did you manage to explain your point of view to people?
P.G.: For the most part, we did not explain our point of view at all at first. I also don’t mind, when we get compared to Mgla, because obviously our music and especially the first album was very much inspired by them. I started Groza in 2016 as a solo worship project, basically. So, of course we get compared. I just get bothered when people assume that we are just interested in jumping on the hype bandwagon to cash in on this new wave of Melodic Black Metal bands that are so successful at the moment. Because that’s simply not the case. Most people, who saw us live to date will confirm that Groza is all about passion for the music and not about hype or even money. The Redemptive End also shows that.

Your new album The Redemptive End is about to be released, how do you feel about this one?
P.G.: I feel very good about finally being able to release the album after having to delay it a couple times because of the pandemic. We can’t wait to unleash what we have been pouring our heart and soul into for the last couple of years. I am also excited for people to discover new facets of our sound and see a new side of us on this new record.

What is the story of this album? How does the composition process happened?
P.G.: The working process was pretty much the same as for the debut album. For the most part, I come up with the basic ideas and song structures and make rough demos. I then bring those to the rest of the band to have everyone contribute their interpretation of their part for their specific instrument. That’s basically it. The recording / production side of things was also the same. We recorded all the instruments by ourselves in the rehearsal space or at my own studio and also mixed the album there by ourselves. We are very much independent from outer circumstances that way, so the pandemic did not interfere at all with the whole process. The only difference this time is that we handed the mastering duties to an external studio, Sick Of Sound, who has been a friend of ours for a long time.

The first composition, Sunken In Styx, is cut into parts, Submersion and Descent. What can you tell me about this song?
P.G.: Submersion introduces the listener to the atmosphere of the album. It builds rather slowly, mostly instrumental and then climaxes in the violent outbreak that is the beginning of Descent. The song has also been our live opening song for a while now, because of the intro. 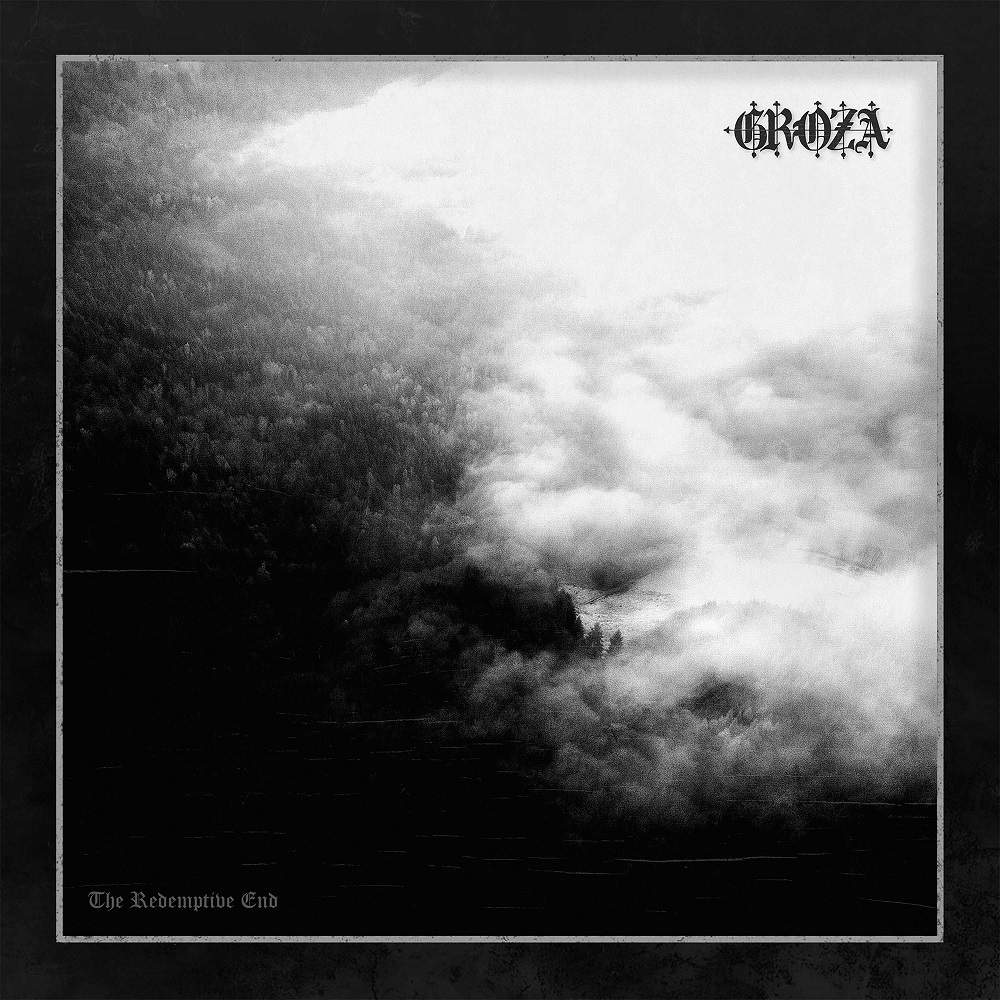 On this album, the most contrasted and impressive song for me is Homewards, the final track. Is there a special story behind this song?
P.G.: Homewards was the last song to be written for this album. It has a rather unusual structure for us, since it has no repeating parts and evolves further and further throughout its whole 10+ minutes, which is something that we haven’t really done before. It also features a big atmospheric clean passage that builds into the great finale of the record, which is also rather new for us. Also lyrically, it is the most personal I have ever been in my writing. But it is hard to explain this in a few sentences here, I’d much rather have the reader listen to it and experience it, as it is supposed to be.

What can you tell me about the artwork and its connexion with the music?
P.G.: The cover artwork is based on a photo taken by an old friend of mine, Philipp Hartinger. It captures the same atmosphere that the music creates in a visual form, which made me choose it. We also had our friend Morgoth (singer of Asphagor) make illustrations for this album, which can be found in the booklet / vinyl sleeve.

Right after your first album, you signed with AOP Records, how is the collaboration with them?
P.G.: Flawless. They are just as passionate about music as we are and have always been highly supportive in our journey up to this day. Couldn’t wish for a better collaboration.

In 2020, the Covid madness took the whole world down, how did you manage to deal with it as a band? Did the Covid pandemic have any effect on the album?
P.G.: No, it did not have an effect on making the album. As I said before, I do most of the production work myself without any outside influence, so we basically had no interference with all the madness going on. If anything, all it did was have us focus more on making the album, since everything aside from that has been shut down anyway. When it comes to releasing it though, it sadly had a big effect, since the pandemic causes huge delays at vinyl pressing plants due to lack of resources etc. etc.

Maybe you already have plans for the future you can unveil to us, even if the future is full of doubts?
P.G.: We are planning to return to the stages of the world, starting next month with some open air festivals in Germany and two special release shows in our home area. We can not wait to present the new material as well as some new live production to those who are willing to join in. Also, we will be releasing our first music video for Elegance Of Irony very soon, which is new territory for us as well. And as always, we are already working on new music for the next album.

What was your first step into the Metal universe back in time?
P.G.: I grew into it from listening to Rock music at first as a kid, then eventually getting into Grunge and from there into Heavy Metal. Black Sabbath was probably the biggest band to get me into it. It gradually progressed into more extreme directions from there.

What is in your opinion the best Black Metal album of all times?
P.G.: I don’t think there is a « best » of anything, when it comes to those types of questions. I also can’t name one personal favorite album of all time, since that is changing all the time. But to give you some of the most influential Black Metal albums for me personally, I could name the classics: Transilvanian Hunger, Panzer Division Marduk, Storm Of The Lights Bane and Exercises in Futility, just to name a few. The list goes on, though.

Do you remember the very first time you tried to play an instrument? When and how was it?
P.G.: Yes, I remember. I started with drums, then got into piano and finally guitar, about 18 years ago now. That first initial spike of inspiration and joy when you finally are able to play those first favourite riffs of yours is something that I will probably never forget.

Even if some information has leaked with time, why did you choose to stay anonymous and use hoods on stage?
P.G.: Because we do not matter as individuals and persons when it comes to art and our music. We chose this to take the attention away from us and to guide it towards our music instead.

What is your best and your worst experience as a musician ever?
P.G.: Again, way too many to list here, good and « bad ». We sure have played a lot of crappy gigs for example, especially growing up. Just like everybody has. But even those shows helped us mature towards what we are today as musicians. You learn and grow from it, so I wouldn’t call it a bad experience at all. On the other side, we have had the opportunity to share the stages with so many amazing bands and some of our favourites. So that’s a highlight for sure. Also releasing this new album is a big highlight for us. 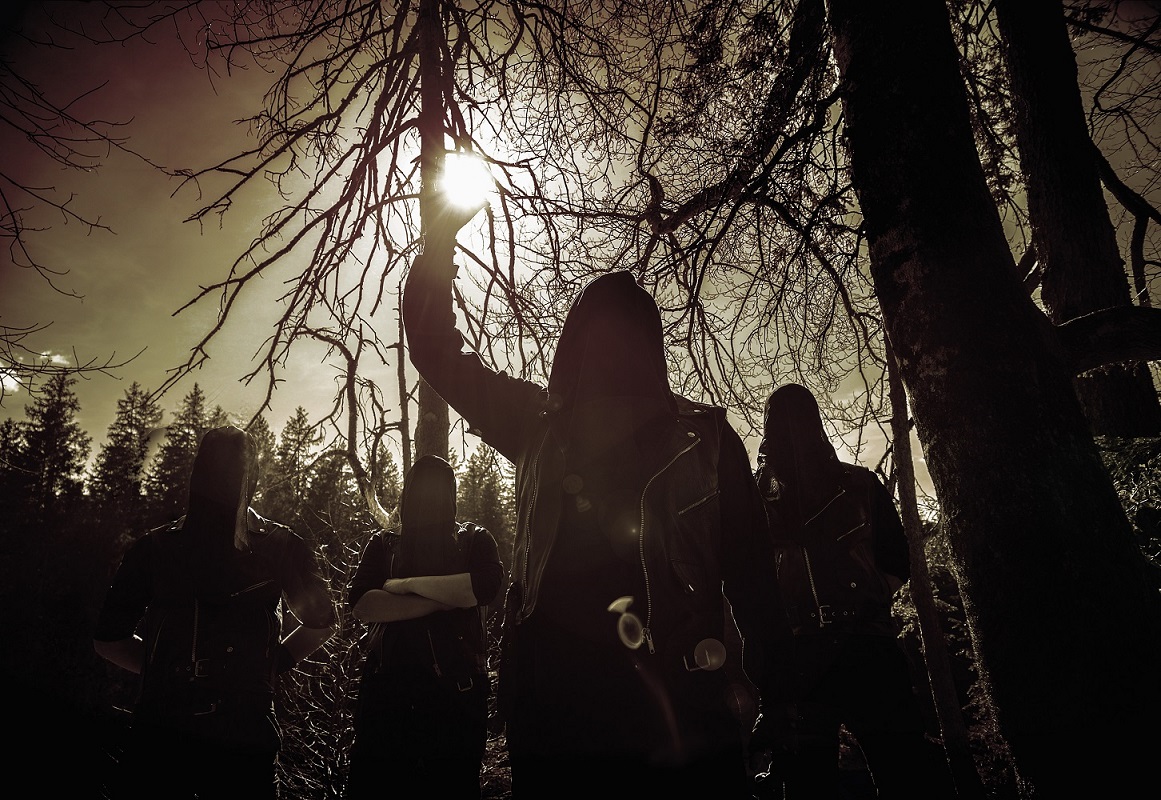 Do you have hobbies aside from music?
P.G.: Nothing interesting or worth mentioning here. Groza is and remains the main focus and doesn’t leave much time or energy for anything else, which is totally fine for me.

Maybe you already heard about the french Metal scene? Which french bands do you know?
P.G.: Yeah, I know some of it. My favourites would probably be Gojira, Alcest and Amesoeures. We would also love to come over to France to play in the future.

Last question: which bands would you love to tour with? I let you create a tour with Groza and three other bands!
P.G.: Again, impossible to answer. We already have toured with some awesome bands so I’ll choose some of my personal favourite live bands that we haven’t played with yet. How about Marduk, Dark Funeral and Uada.

That was the last question for me! Thanks a lot for your time and your music, last words are yours!
P.G.: Thanks for having me, the pleasure is all mine. All the best to our French fans and readers, make sure to check out The Redemptive End and see you soon in the future, hopefully at a Groza show in France!