Here is Powerwolf’s comeback with Call of the Wild, their tenth album. 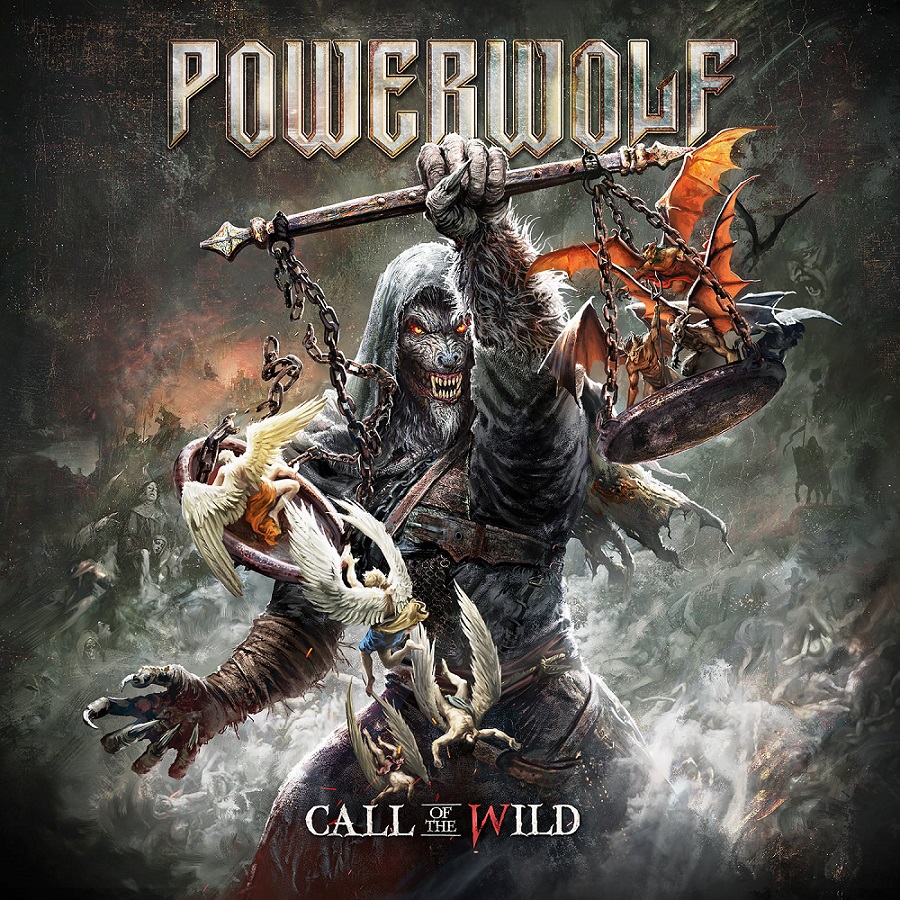 Call of the Wild is available in two versions. A classical one made of eleven songs, and a collector version, that offers in addition to those eleven tracks, orchestral versions as well as ten of the band’s iconic songs, accompanied by a special guest on each. So welcome Ralf Scheepers (Primal Fear), Alissa White-Gluz (Arch Enemy, ex-The Agonist), Johan Hegg (Amon Amarth), Doro Pesch (Doro, ex-Warlock), Matthew Kiichi Heafy (Trivium), Björn “Speed” Strid (Soilwork, The Night Flight Orchestra), Chris Harms (Lord of the Lost), Johannes Eckerström (Avatar), Christopher Bowes (Alestorm, Gloryhammer, Wizardthrone) and Jari Mäenpää (Wintersun, ex-Ensiferum) on songs you already know and love.
The album begins with the epic introduction of Faster Than the Flame, a catchy song that immediately confirms that Powerwolf knows what they do, using solid riffs supported by orchestrations and those powerful vocals. We have the same recipe on Beast of Gévaudan, a darker composition that tells us the story of this french legend on a background of heady and hooking sonorities, then Dancing with the Dead reconnects with heavier tones while being easily accessible. Varcolac will probably be one of the band’s next hymns with its warlike sounds that would make dead bodies headbang, then leads are next while Alive or Undead offers more melancholic influences. Mystical sonorities join this slow rhythmic and those majestic vocals from beginning to end, then Blood for Blood (Faoladh) brings this irish folk touch to the sound of the band that now focuses on another legend. Glaubenskraft offers the album’s rawest sound with german vocals sublimated by a heavy and impressive instrumental, while Call of the Wild offers dancing harmonics for the eponymous track to be one of the most heady and energetic of the album. Sermon of Swords develops a contrast between worrying sonorities and dark heaviness, while Undress to Confess make us sink into those wordplay between sex and religion that perfectly fit the band on a softer note before ending with Reverent of Rats. The track melts clashing melodies, catchy patterns and this musicianship only the band knows to close the album without a false note.

Powerwolf did not change its recipe, but the band keeps cultivating it while improving it from album to album. It is obvious that Call of the Wild will remind us of some old tracks, because their universe links them together, but it offers riffs that perfectly fit their mystical and religious thematics without neglecting the catchy and heavy side. It’s a big yes for me.