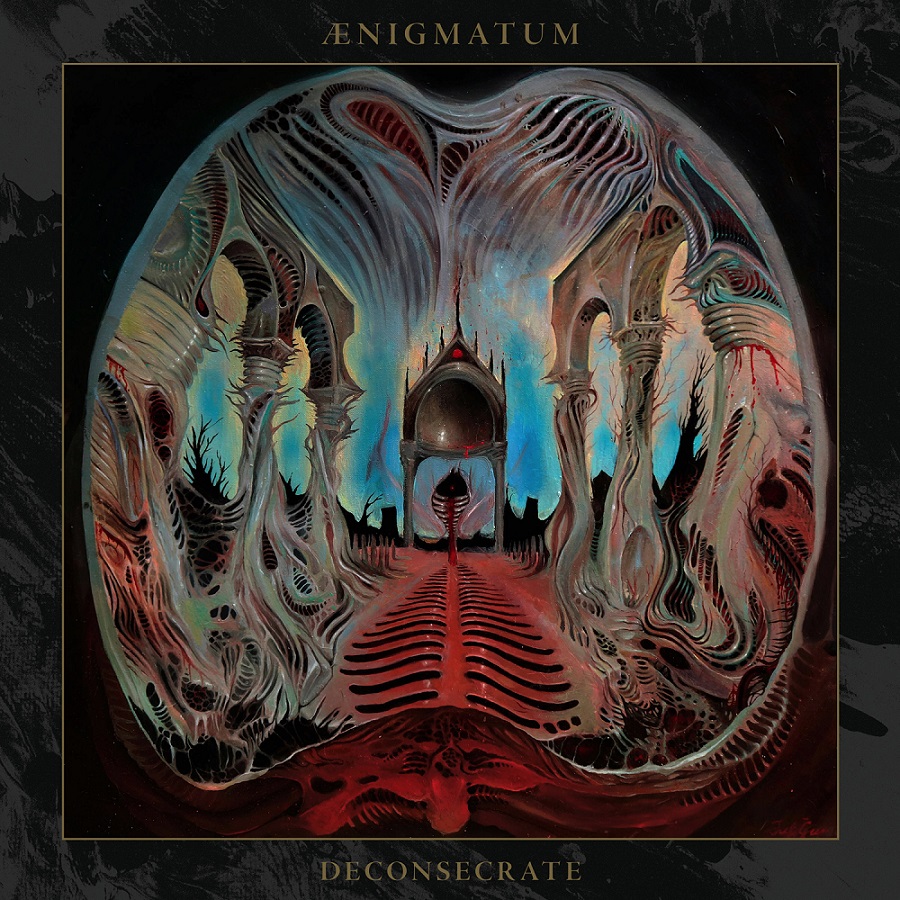 With this ritualistic artwork signed by Ivory Crux (Maze of Sothoth, VoidCeremony…), the band spreads a Black/Death with technical influences over eight songs. We begin with Forged From Bedlam and its thick brutality, that also picks into blackness but also into stranger sonorities. Scathing harmonics are not forgotten, while Undaunted Hereafter offers a catchy and more airy sound, that is still energetic and violent. Disenthralled floods us with dissonance and heady melodies while creating an oppressive basis thanks to the rhythmic section, then the weighing atmosphere follows us on Fracturing Proclivity, a composition that highlights energetic parts and the musicians’ accuracy. Floods Within A Splintered Cortex lets us breathe with some softer sonorities that make this suffocating atmosphere grow up before Larker, Sanguine Phantom, a sharp song. But this extremely raw sound also let place to more complex parts, then the majestic aggressiveness comes over. Despot Of Amorphic Dominions skillfully melts hypnotic tones with an explosive rage which is nearly impossible to contain, just like those piercing leads, then Animus Reflection comes to close the album with a crushing heaviness and technicality that progressively becomes epic before slowing down for the final.

During their four years of existence, Ænigmatum reached an unbelievable maturity. The band melts blackness, raw strength and technicality on Deconsecrate while creating hooking and heavy riffs.