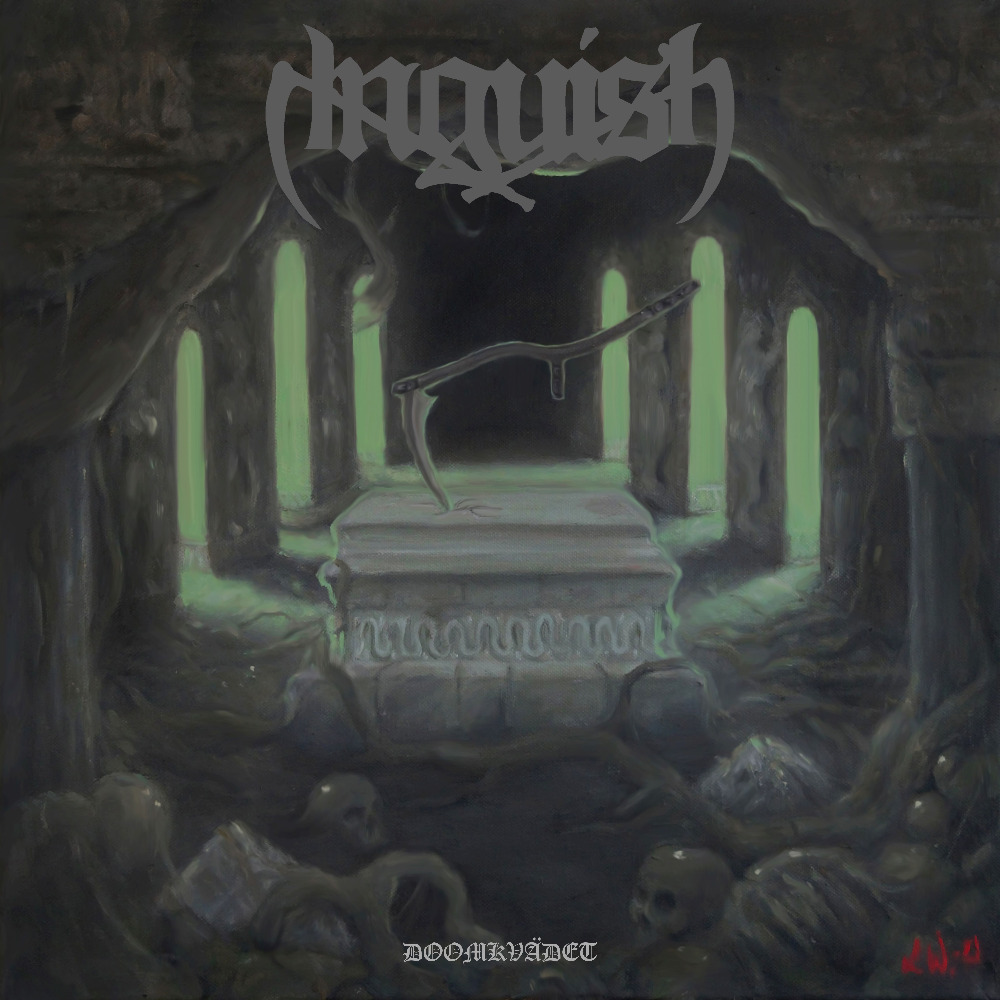 We begin on Herein I Burn, a song with obvious Old School influences. The sound is weighing but very catchy, and the addition of raw saturated vocals only strengthens this flood of darkness that sometimes accelerates of slows down to increase oppression. The band continues with Consumed By The Necro Doom, a song with piercing but melodic leads that walk with a haunting and crushing rhythmic, then Deranged And Forgotten develops some seizing melancholy. Even when heaviness comes to increase the song’s impact, it keeps this catchy touch while I Ett Dunkel Förkorad builds a dissonant and aggressive veil. Melodies are disturbing, but this as abrasive as airy aspect give them a special charm, just like those sharp harmonics on Blood Veil. The song showcases some more technical parts while being anchored into melancholy and languor thanks to weighing tones, but the end of the album already to takes shape with Our Funeral, the last song. Very long, it obviously presents the band’s Doom roots and this dark saturation, but also clean vocals that create a contrast with the ambient heaviness or that strengthens the guitars’ softness, then the band offers majestic and tearing sonorities before letting the sound die with a last death rattle.

With this new album, Anguish gives life to its sorrow again. Riffs presented on Doomkvädet trap the essence of melancholy and heaviness to make them permanently dance around us before crushing us with a seizing blackness.