The Slow Death crawls once again to us. 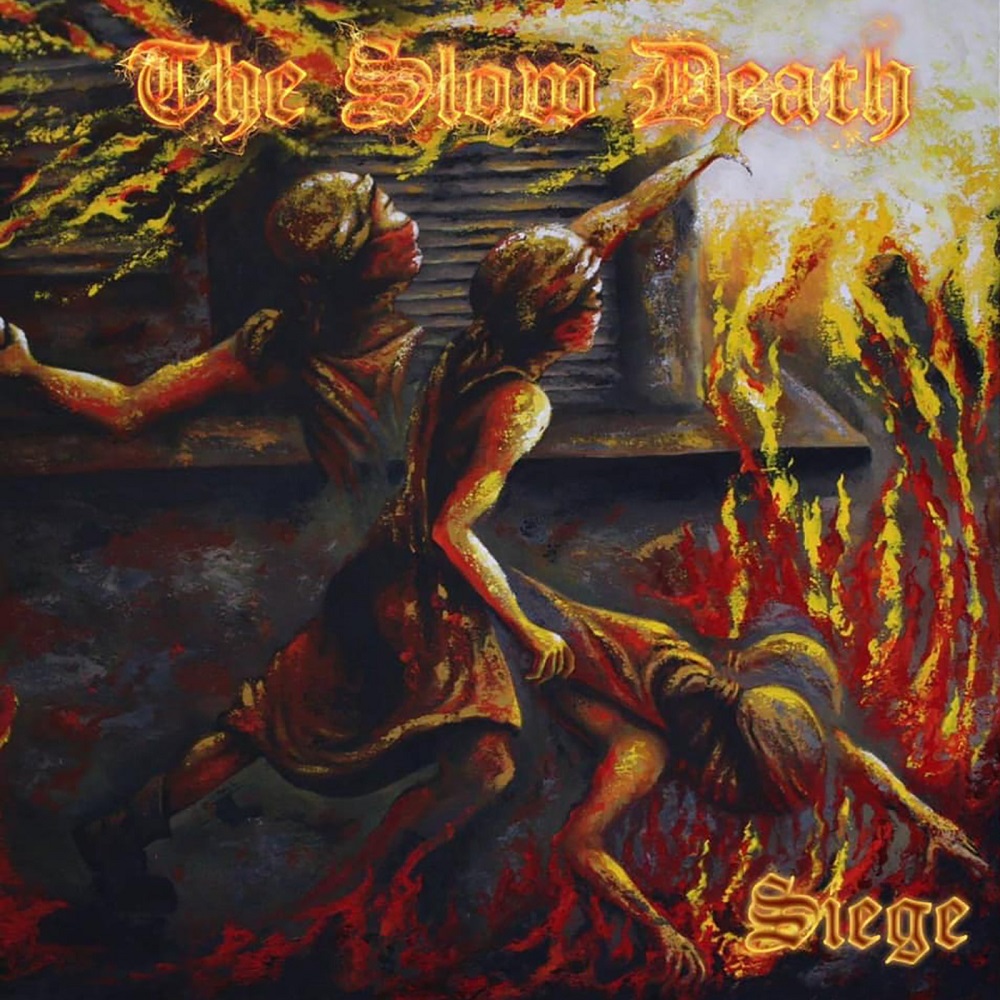 Siege gathers four songs for an hour of sound under the sign of a weighing DoomDeath. We begin with Tyranny, a composition that lets place to several types of vocals to accompany this slow and suffocating progression. If the cavernous growl is obviously expected, worrying female vocals also increase the song’s blackness, while giving it majestic tones, just like Famine and its soft introduction. The clean sound gives the song melancholic accents, that are strengthened by a heavy rhythmic, that will become more energetic in the middle of the song before coming back to languor. Pestilence offers a worrying and very slow sound, creating a contrast with some airy notes. Howlings bring an apocalyptic side to this already desolated sound landscape, then female vocals make hope rebirth before being crushed again by raw strength. This permanent duality between light and darkness will last until the end of the outro, then Ascent of the Flames, the last song, displays impressive riffs that know how to be dyed with melancholic and soaring accents before progressively fading away into the void.

Both long and short, Siege slowly unveils itself. The Slow Death develops a crushing and suffocating melancholy, sometimes contrasted by some brighter sonorities that temporarily get us away from this programmed apocalypse.