Created as a solo project by Brett Clarin (all instruments, ex-Sorrow, ex-Apparition) in the United States, the band offers a first album in 1996, then we have to wait until 2020 for a second one. Infinite Universe Infinite Death, the third album, will be released in 2021 with Jei Doublerice (Olamot) on vocals. 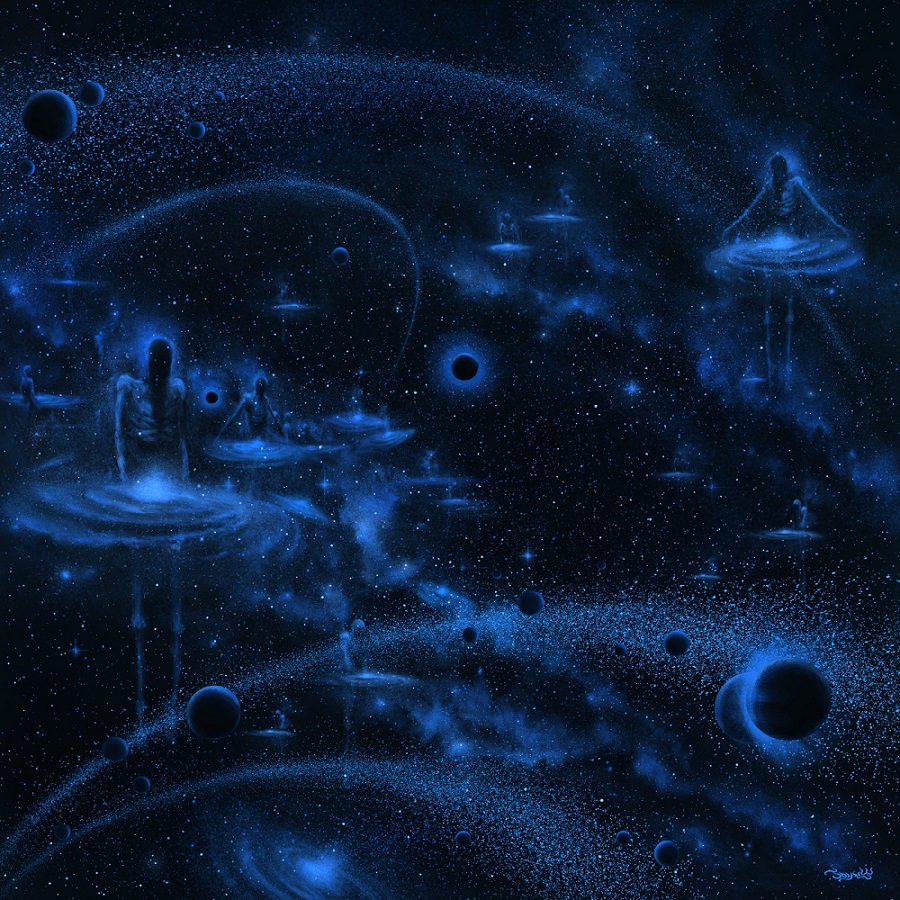 Whether the project’s influences did not change, still between modern Symphonic Black and Death Metal, we notice some progression. The previous album was intense and catchy, but this one raises the bar. Leave This Place immediately drives us into a spatial and majestic ambience completed by a majestic violence, then Infinite Disillusion continues this descent into hell. The musician strengthens his raging and technical melodies with intense orchestrations and powerful howlings. Scattered Amongst the Stars, a short and weighing instrumental allows us to breathe before Cosmic Knot comes, offering as sharp as effective harmonics. The raw sound is strengthened by ambient effects, then Impossible Universe crushes us with this impressive and dark sound. The band’s technicality is pushed to the extreme in every part of it, then Infinite Universe, Infinite Death, the eponymous song, comes to offer an epic and oppressive moment without vocals. The Briefest Moment reconnects with vocals while spreading an impressive array of orchestrations, rage and intensity. The band sprays us with this so powerful and intense sound, then Entanglement adds some epic sonorities to this expressive and brutal melting. Some more quiet parts lead us to the intense and dark Infinite Universe, Infinite Death (Arranged). The song perfectly embodies this descent into hell, and it’s as delicious as the other ones.

The sound of Journey Into Darkness evolved in the right direction. Infinite Universe Infinite Death introduces us to an intense progression into this orchestral and violent universe that gives life to powerful riffs and howlings you need to listen to!