Created in 2005 by Scott Lewis (vocals, ex-Sylvan Fortress) and Shawn Cameron (drums/keyboards, Sylvan Fortress), the band is joined in 2007 by Fred Calderon (bass) and Cory Arford (guitar). Despite a short hiatus between 2012 and 2013, the band reunites with Jordan Lockrey (guitar), who eventually left in 2020. Graveside Confessions, their eighth album, is released in 2021. Notice that Neal Tiemann (Devildriver) handles live second guitar. 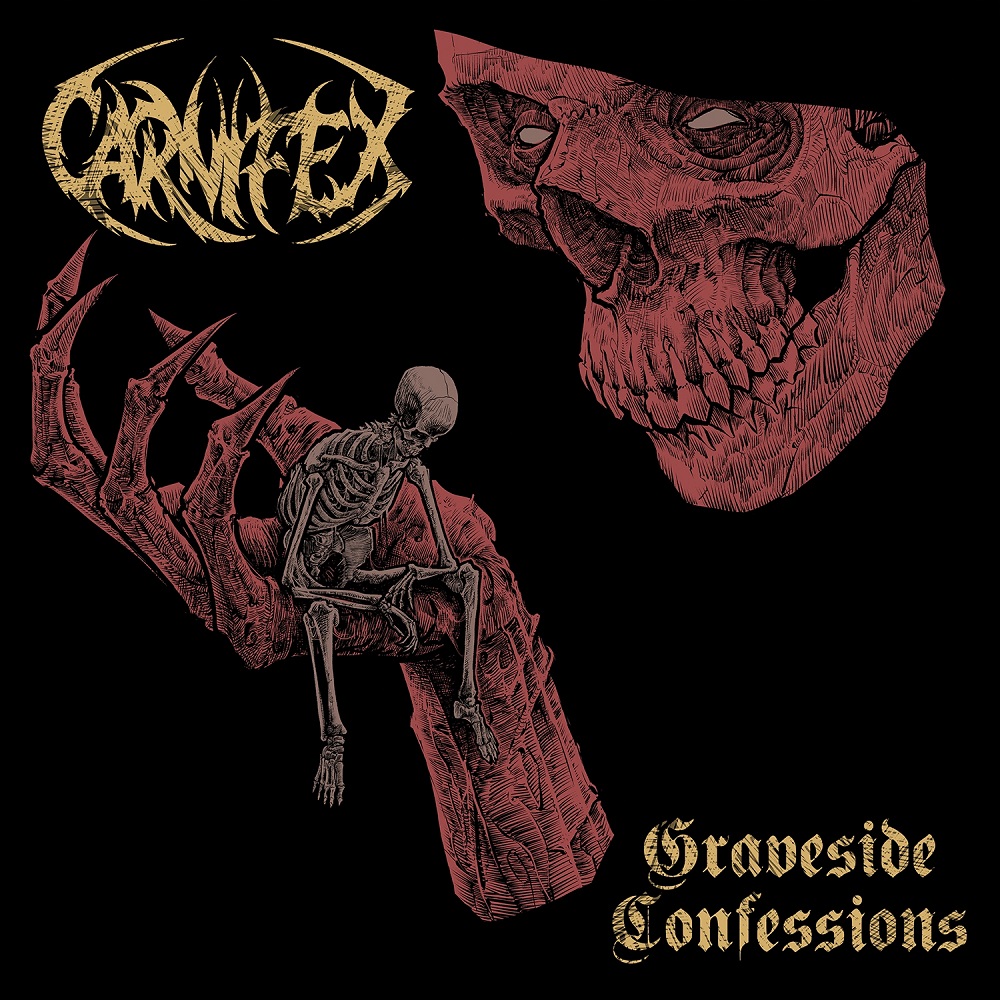 We begin with Graveside Confessions, the eponymous track, that immediately stunts us with a dark and massive Deathcore. Heaviness, majestic sonorities and wild howlings are part of the bill of this infernal groove, as well as a devastating final break, then Pray For Peace continues to flood us with violence. The song sometimes plays on keyboard orchestrations to support riffs, but raw strength is still the main element, like on Seven Souls and its mysterious tones. Leads add some soaring elements to the ambience while rhythmic and screams are more and more pessimistic, then Cursed comes back to the style’s roots while integrating Metalcore elements. The suffocating break drives us right on Carry Us Away, a both majestic and hooking track that melts all elements, then Talk to the Dead, a quite melodic song, will lock us in a cocoon of blackness to lacerate and crush us. Melancholy lives in January Nights, a seizing instrumental track, then violence surfaces with Cemetery Wanter, a song that highlights screaming leads. Heaviness is of course never this far, then Countess Of Perpetual Torment entirely tends to the purest and most intense brutality. This song only progressively increases the feeling of heaviness, then Dead Bodies Everywhere, a cover of Korn, comes to develop this unhealthy but so hooking groove without forgetting blackness and dissonance. The band continues on Cold Dead Summer, a raw and violent track that will make worldwide crowds explode for uncontrollable mosh moments, then Alive For The Last Time offers jerky riffs that barely slow down with the ambiences’ beauty.
The album could have ended here, but the band chose to revisit Collaborating Like Killers, My heart In Atrophy and Slit Wrist Savior, three songs from their first full-length, Dead in My Arms, released in 2007. The three songs are part of the band’s linchpins, and from the roots of their Deathcore with dark influences, and this “update” allows the band to apply the style they learnt to develop through time but it never distorts the extreme violence which is a basis to raw compositions.

Carnifex continues to evolve into violence. Graveside Confessions is an album that proves the band’s style only gets stronger, but that also creates a link with the past thanks to those three last impressive songs.