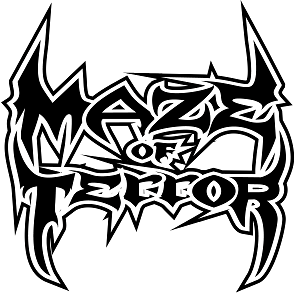 It’s been ten years since Maze Of Terror spreads the unholy words.

Created in 2011 in Peru by Leviathan (bass/vocals, ex-R.I.P.) and Hammer (drums, Antropomancia, Goat Semen, ex-R.I.P.), joined in 2012 by Criminal (guitar), the band delivers us today Offer to the Fucking Beasts, its second album. 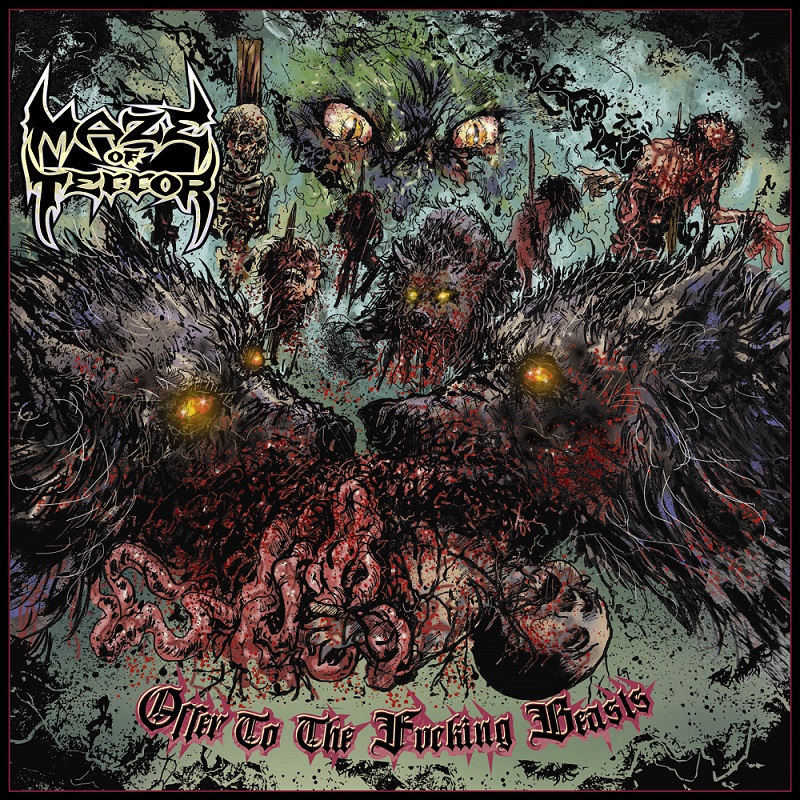 Whether you know H.P. Lovecraft’s work or not, you will be thrown into it since the introduction of Priest of the Ancient Ones, followed by a wild howling and a groovy Thrash/Death rhythmic. The catchy Old School sound is quickly joined by energetic screams, then by piercing leads, just like the unholy Blessed by Sickness and Death. Some epic tones capture this solid rhythmic that never gets weak, while Angels of Acid offers some worrying influences on the introduction, before developing a very dark Thrash Metal completed by pure energy. The song is made of Old School patterns with raw but modern sounding, then Blood Horror Cult develops once again harmonics and bloody melodies before flooding us with an aggressive blackness. Death by Fire doesn’t wait to strike us with really sharp and heady riffs, while A Millions Kills pushes Old School sonorities to the extreme, supported by darker parts. Destroy and Control comes back into heaviness and pure effectiveness with a very Old School groove, then the short Starbeast uses occult and shrilling tones before No Requiem for the Unborn presents technical influences to make us await for the obvious violence. The worrying tones surface again with Shub Niggurath Awakes and its explicit rage, melting this vindictive Thrash/Death with the band’s occult influences, creating an original and addictive melting.

If you’re looking for a creative Thrash Metal sound, Maze Of Terror will raise your attention. Offer to the Fucking Beasts creates a melting between sharp sounds and weighing occult ambience that gets developed in a brutal way, and it’s a good point!