Crisix spreads its communicative madness with The Pizza EP!

Created in 2008 under the name of Crysys, the band changes its name in 2011. Since then, Julián Baz (vocals), Albert Requena (guitar), Marc Busqué « Busi » (guitar) and Javi Carrión (drums) did not rest, because despite the departure of their former bass player, replaced by Pla Vinseiro (bass, Mutant, Obskkvlt), they released 5 albums. 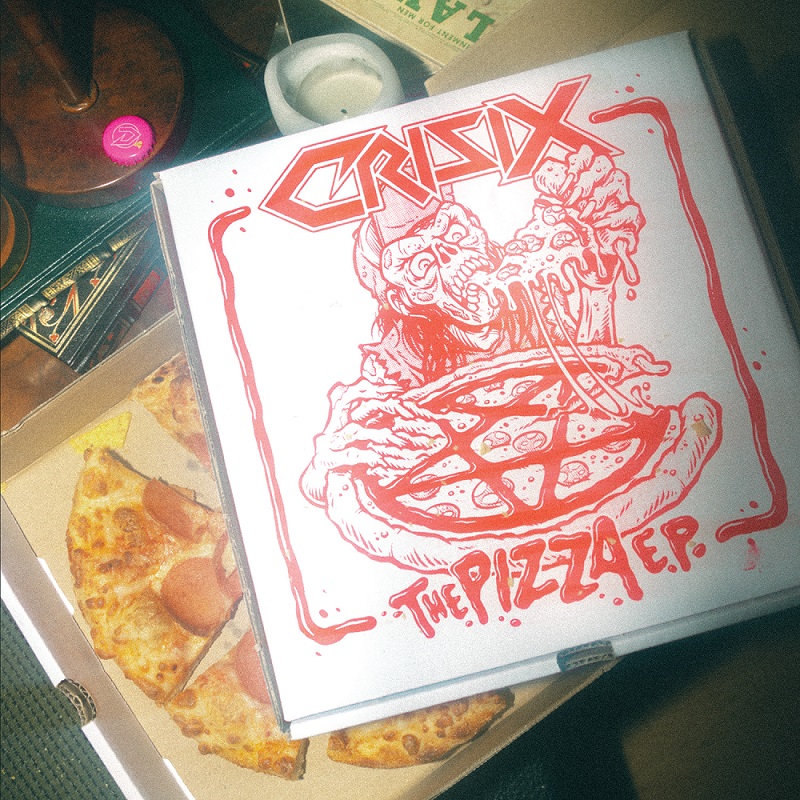 If you already know the band, you know that madness and energy are part of their Thrash Metal. If you don’t, you’ll quickly understand it with No Tip for the Kid, the first song. After a quite worrying intro, we have all the recipe of a wall-made Thrash Metal, whether it is jerky riffs or vocals supported by backing vocals or this sharp sound before World Needs Mosh and its obvious tribute to Slayer. The song’s fast paced tempo makes it an incentive to mosh pit (obvious, right?) and vivid headbang, then the really short Raptors in the Kitchen will make us continue into this energetic atmosphere. Do you think tempo will slow down? It will not. It’s Tough to Cook a Song explains us the composing process’ raw reality while making us nod.

Crisix knows how to make crowds move. The Pizza EP is a melting of good laugh, fast riffs and pure energy. All that we love!