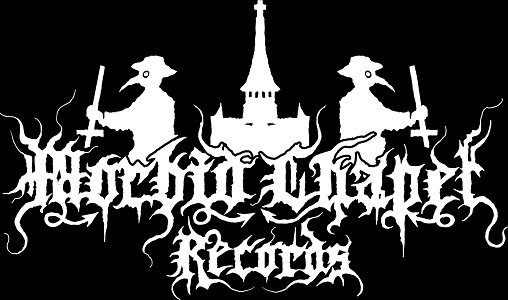 Today, I won’t introduce you to a band, but to a label, Morbid Chapel Records.

Created in Poland, the label began to release a first demo in 2014, which was a demo from Pestem. Since then, the label stays into the underground scene, with for example Necrosadist, Ectoplasma, Angelgoat, Cultist, Impenetrable Darkness, Wintaar, Goatsmegma, Morbid Winds or Witchbones.
As you should have guessed, the label focuses on Black and Death Metal, but let’s have a look at recent releases.

In August 2020, the Estonian band Koffin unveiled its first demo, Nailed into the Coffin. After a gruesome intro, four greasy Old School Death Metal that chain sticky riffs with more energetic patterns. I will personally notice the really hooking Legal Genocide that makes us want to wildly nod, as well as the sharp Terminator, a composition with bloody harmonics. Unfortunately, they disbanded in 2021 after a live album.
We stay into Death Metal with Congenital Deformity that releases Progenies of the Cemetery, a four songs EP, the same month from Italy. Whether the basis seems to be driven by suffocating sonorities sometimes borrowed by Death/Doom, the goal of violence is still here, accompanied by cavernous howlings. I especially enjoyed the raw patterns on Crypt of the Deformed and Horrendous Creation, a song with a very regular and heady rhythmic.
In October, Seraphic Entombment from the United States re released their first demo, Quelled. Two songs made of a voluntary oppressive Doom/Death, some mystical tones and this thick mix that creates an impenetrable sound slowly crushes us. Whether Vault of Vision offers very haunting sonorities, Carried by Claws, the second song, unveils really unhealthy harmonics that perfectly fit the general ambience. 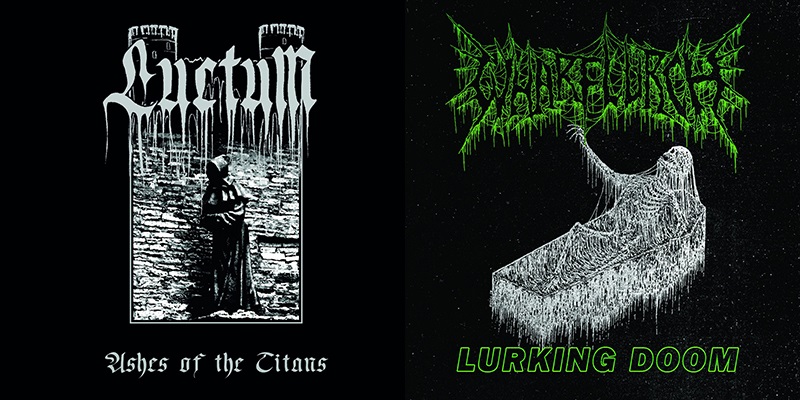 Black Metal is back on the front of the stage with the release of Ashes of the Titans, american band Luctum’s first album. Created by active members of the US Black/Death scene, the band developed a seizing blackness that sometimes borrows from the Scandinavian scene, like on Neglect. Coldness and melancholy can be found into all riffs, just like Dithyrambic Awakening or the heavy Fortress of Avarice, but the band can also play with majestic tones like Kronos Devouring His Son, a piano interlude, or the long and suffocating Theriomorphic Divinations of Heiress Nocturna. The Rotting House allows the band to come back to frightening sound with morbid influences, then Feeding on the Flesh of a Memory melts the different ambiences to close the album.
Wharflurch comes next with a compilation of their first five-tracks EP followed by their first four-song demo. We discover a Black/Death with raw mix, unhealthy harmonics and bestial howlings, but also ambient and hypnotic clean sounding tones. The band knows how to play on this contrast between greasy strength and oppressive atmosphere, they develop on both parts of the compilation. The only thing that stands the two periods out is the sound, that becomes a bit darker on the older songs, but that keeps all characteristics of an unholy Black/Death. The songs you must not miss are the short and brutal Interstellar Sarcophagus and the weighing Kosmosa Kopums.

The beginning of 2021 was marked by the release of another compilation marked by the sign of Death Metal with the art of Canadian band Fumes. Their releases from 2020 are gathered in a compendium of as dirty as unhealthy, and as impressive as worrying Death Metal. The five songs are built on this dissonant, aggressive and heavy basis, full of piercing and heady leads. To pick only one song would be tough, so I’ll choose Drain the Ichor et Mind Wound.
In march, it’s time for Noroth to get highlighted with It Dwells Amongst Us, a short Old School Death Metal album. The mix can only please the eighties’ scene lovers, while offering more modern and greasy tones. Heaviness is an essential part of the band’s music, above all on Shadow, My Patriarch, the first song, or Cerberus, but the band also knows to unveil more aggressive tones with Ironclad, Primitive Intent, Mount ov Misery or Blistering Eyes. The band stays on this pattern of pure effectiveness with It Dwells Amongst Us, then Vengeful Tribulation closes the album with crushing tones.
I didn’t know the band, but OS immediately caught my attention with the beautiful cover art of Stationes Viae Mortis. The band creates a Death Metal that melts putrid Old School sonorities and some kind of frightening modernity, they conjugate with their obvious blackness and oppression. Religious tones appear on Confraternitas Mortis Et Hominis, but the band quickly reconnects with raw rage and cavernous tones. Mortem Firmissimum Vinculum is still my favorite track thanks to this visceral integration of violence and more technical parts, but this long track also shows us the band’s strength, coupled to more complex parts. 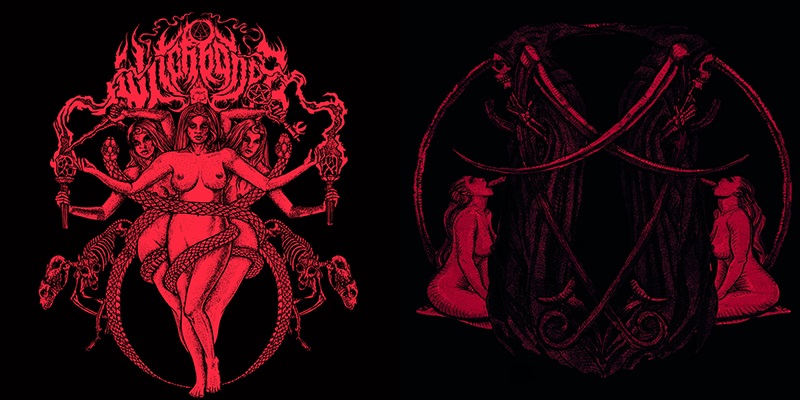 Two compilations of Witchbones’ oppressive Doom/Death were also re-released by the label. With Akasha 2: The Lost Demos and Akasha 3: Salt, Sea, Blood and Fire, the American one-man band led by Vardlokker develops a wave of heavy and powerful blackness. The two compilations are only separated by several months when they were first released, which allows them to stay very coherent while talking of the idea and the sound, even if we have more mystical elements on Akasha 3, mainly with the song 10.31.19 Genocide on Mankind. We can also notice the short and extremely hooking Secrets of the Immortal from Akasha 2 that allows to be easily introduced to this universe that ended at the end of 2020. 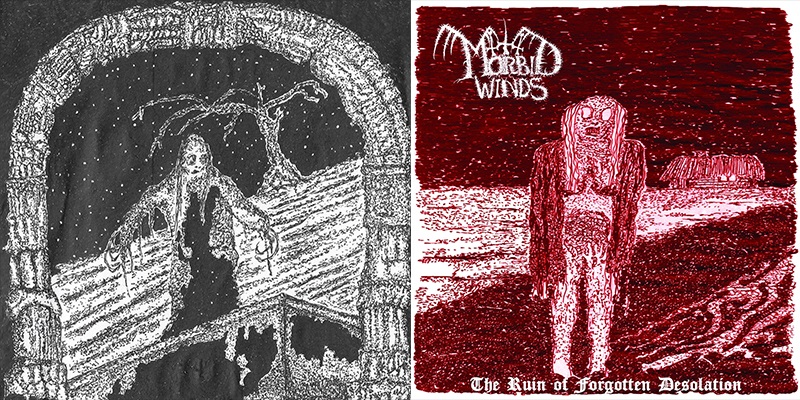 After they released a second demo of a worrying and very Old School Black Metal named The Ruin of Forgotten Desolation, Morbid Winds unveiled The Black Corridors of the Abyssal Depths of Existence Opened Their Gates, their first full-length. Whether the sound of the demo is still dirty and even offer some epic dungeonesque ambiences like with Into Eternity or the melancholic Tomb of my Sanity, the ambum gives an additional dimension to this dark style. A single long song for more than half an hour of morbid melodies, howlings from the grave and a heady rhythmic that explores this ghoulish universe.

Morbid Chapel Records’ involvement in the international underground scene makes it an interesting label for those who want to discover bands that are usually too much ignored by the general audience. Black and Death still has a bright future, and it’s partly thanks to them.