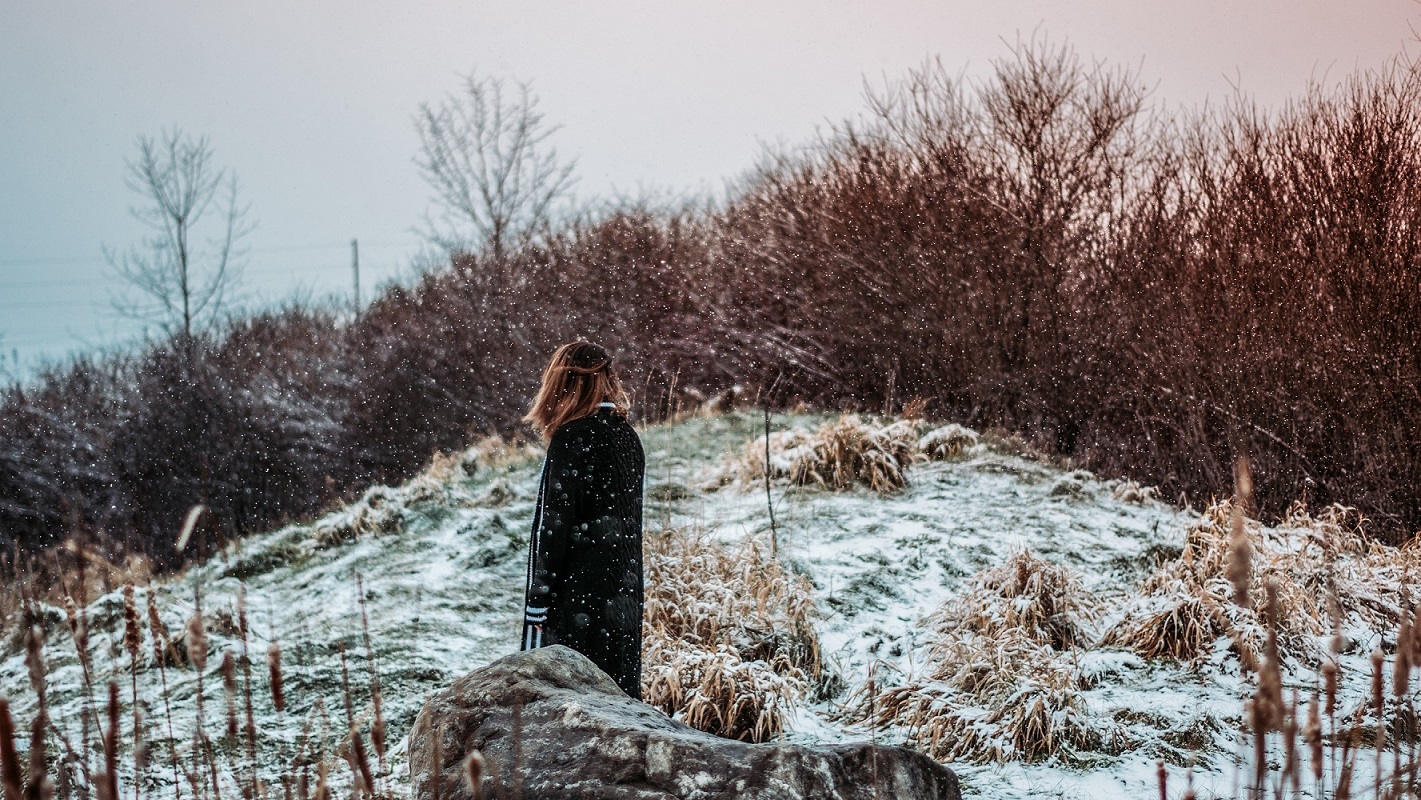 Hello and first of all, thank you very much for your time! How would you introduce the project Unreqvited with your own words?
William Melsness (everything): Unreqvited is an experimental music project that juxtaposes the uplifting and the depressive alongside each other. This project is my main emotional outlet, and is one of the only ways I’ve learned how to express myself as eloquently as possible over the years. It is difficult to categorize into musical genres, but it sits somewhere between Atmospheric Black Metal, Blackgaze, Post-Rock, and film scores.

Where does the name come from?
William: My feelings towards the world, essentially. I’ve always felt somewhat outcasted, like the feelings and effort I put into others were never fully reciprocated. I put most of my effort into music instead of people nowadays, I know I can rely on myself more so than others for happiness and fulfillment.

Your new album Beautiful Ghosts is just out, how do you feel about this release?
William: It is essentially a love letter to someone very dear to me. It was an extremely cathartic process to create, and I’m beyond satisfied with how it turned out. I always feel nervous about unleashing my albums to the public because of how personal they are to me, but since this is the first record that I’ve written entirely for/about someone else, that feeling was amplified for this release.

How did the composition process happen?
William: The writing process is all over the place for me, songs tend to come to me in various different ways. As much as it would be nice to have a formula for songwriting, I kind of need it to be the way it is to keep my ideas fresh and inspired. Since this album was conceptual, I already had a lot of the themes in mind before I started. It was one of the most enjoyable records to create, because it felt like I was crafting a gift for someone very dear to me.

When I listen to Beautiful Ghosts, I feel that the beginning is very dark and deep, but the sound becomes brighter and more airy. Is there a concept behind this album?
William: This album is specifically about my feelings towards another person as opposed to generally about my life, which is the main thing that sets it apart from previous ones. The goal for Beautiful Ghosts was to let my emotional walls down and create one massive opus of all of the feelings I had for this person over the course of 2020.

What is the story behind this magnificent artwork? What about the name of the album?
William: I prefer to keep these things in the hands of the listener to be creative and interpret the full package in their own way. 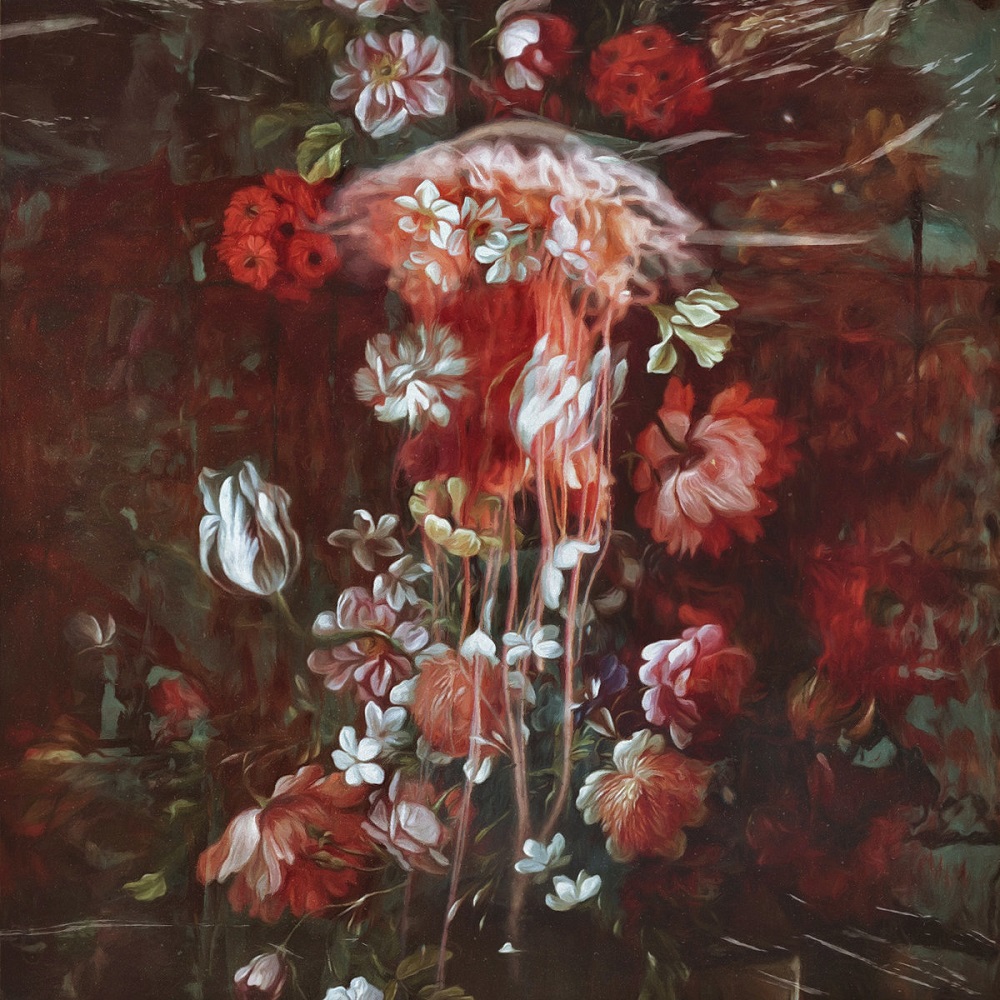 When I listen to your music, I always feel like it’s some kind of gathering between darkness and light, pain and happiness… How do you manage to create such a balance?
William: I listen to a pretty vast array of music styles, so they all tend to find their way into what I’m making eventually. I always draw from my own feelings, so Unreqvited’s sound comes out very naturally to me. Taking a style of music that I’m currently heavily listening to and combining it with a specific emotion that I’m feeling always tends to bring out a unique sound when writing. I go through ups and downs emotionally, just like everyone else. I just happen to put both extremes into every song I write, thus creating juxtaposing sounds that can either be polarizing or comforting to a listener.

You create every note of music for Unreqvited, but you already released an impressive amount of albums and EPs, where does your creative inspiration come from? Do you think it’s easier to create music alone than being in a band with other members?
William: It may not be easier, but creative control is certainly the biggest upside to working alone. It’s nice to be able to make all your own decisions and not have to run ideas by others before implementing them. Working with others in a creative field can create a lot of conflict, especially in music. When you relinquish creative control over your art, you begin to water down the personal meaning behind it, and subsequently grow more and more detached to it. When writing as a full band and trying to get everyone’s input, you’re at risk of making art that is disingenuous, and the songs become meaningless to every member because of how much they each had to compromise their individual visions. This isn’t the case every time. Now that I’m older I do like to occasionally collaborate with my friends, but it’s ideal for me to have my solo projects to fall back on when I want to express something specific.

Have you ever considered playing live with maybe session members?
William: I have considered it, but I do not have any plans to do so as of right now. I do think it is something I would like to do at some point, though. Even if it’s only a few one-off shows/festivals here and there.

Last year, Covid-19 crisis fucked a lot of things up, how did you personally deal with the situation? Did it have an effect on this new album?
William: It certainly forced me to spend a lot of time alone and be introspective. I’m pretty well-adjusted to being alone in my room 90% of the time, but I’m sure being quarantined wasn’t great for my mental health. I just tried to stay productive and not let the existential dread settle in as much as possible. I think that’s what most of us have been doing. I don’t think Covid-19 really affected the creation of the album at all, since it’s something I would’ve been working on anyway.

Even if the album is just released, do you already have plans for the future?
William: As of right now I have a blank slate in front of me for the next album, which is both exciting and terrifying. I am currently working on a split EP that will hopefully be released towards the end of this year or the beginning of 2022. That’s all I’ll say for now.

As a multi-instrumentalist, how and when did you learn to play music? What is your favorite instrument?
William: I never properly learned how to do anything music-related, I just use my ears and my intuition for everything. I’m much better at writing for all of the instruments you’ll find in my music than I am at actually playing them. The only instrument I’m proficient at is the guitar, because I’ve been playing it for a decade. I suppose I’ll say that is my favourite instrument.

Do you have hobbies aside from music? Do you also have a job, or does your music income allow you to live?
William: I tried living off of my music for around 2 years, but I’m not at a point yet where I can quite do it comfortably. I’ve recently gone back to working a normal job to supplement my income so I can save up some money and invest more into the project. I don’t have too many hobbies outside of music, I try to put all of my time into doing something related to my music projects. That could be writing, practicing, learning, printing t-shirts, answering emails, packaging merch orders, etc.

How is it to be a musician in Canada? Does society accept it?
William: I don’t have anything else to compare it to, but I think broadly speaking it is accepted by society here. I’m not very involved in the local music scene anymore, but it used to be quite lively back when I was playing in bands. Perhaps I’m a little out of touch regarding whether or not it is accepted by society to be a musician because I just make music in my bedroom nowadays, and the only people I really surround myself with are other musicians. I think people understand now that there is plenty of money to be made online, and the older generation is starting to question the younger generation less and less about how they make money doing art or content creation of some sort.

What was your first Metal album? Bought by yourself or offered by someone. What led you to the Extreme Metal universe?
William: From what I can remember, it was the Black Album by Metallica. My dad used to play tons of it in the car, and that led me to discovering things like Avenged Sevenfold and Trivium. Because I was so drawn to the aggressiveness of Metal, I think I was just naturally drawn to wanting more extreme music as the years went on.

What do you love about your music that you cannot find in other band’s music?
William: My music taste is extremely unique, as is everyone’s. What I like about the music I make is that it’s a massive culmination of all of the things I personally listen to all tied together. I also cannot find the same solace in other music that I find in composing music. That catharsis will never be matched by anything. 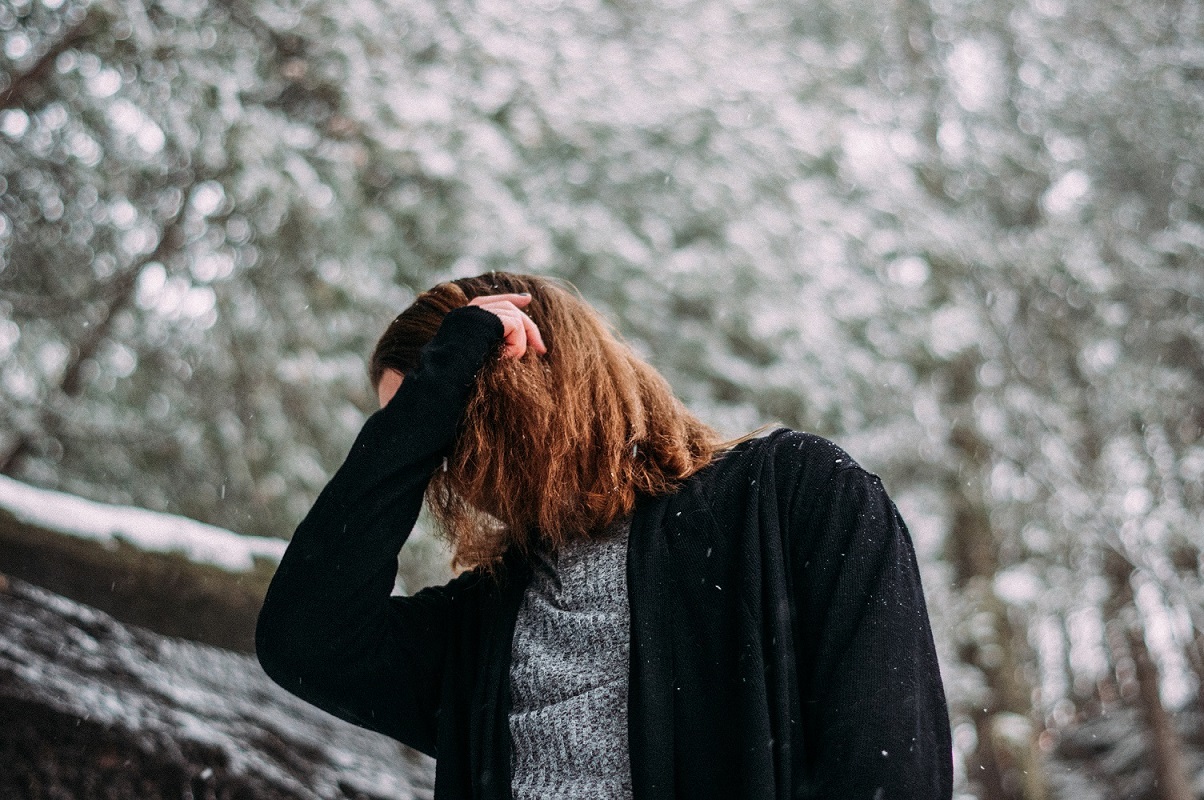 What is your best and your worst experience as a musician ever?
William: Difficult question. I’ve had some pretty awful experiences touring in bands where I was sleeping in a van for 30-40 days in a row. I don’t know which experience over the years has been the best, but recently it has been amazing seeing Unreqvited featured in Metal Hammer Magazine, which I used to read religiously growing up.

Maybe you already heard about the french Metal scene? Which French bands do you know and like?
William: I’m not super familiar with the French scene, actually, but I’m a pretty big Gojira fan. They are a massive influence on my side project The Ember, The Ash. For Unreqvited’s music, Alcest and Amesoeurs are definitely some of my biggest inspirations from the French scene.

What if I ask you to compare Unreqvited’s music with a dish or a beverage? Which one and why?
William: It’s like going to a fast food restaurant and getting a little bit of every soda in one cup. Pair that swamp water with a vegan burger and you’re good to go.

That was my last question, once again thank you very much for your time and for your music as well. Last words are yours!
William: Thanks so much for having me. Thank you to everyone reading that made it this far, I appreciate you all more than you know. Beautiful Ghosts is out now, go check it out if you feel so inclined! <3