It is time to unveil Vowed to Decline, Toward the Throne’s first full-length.

After a demo in 2013 and an EP in 2017, Unna (bass/vocals), Julien Boguet (drums), Jérémy Binsinger (guitar) and Fabrice Zuchowicz (guitar) make the project they started on the ashes of Ethropia in 2012 real. 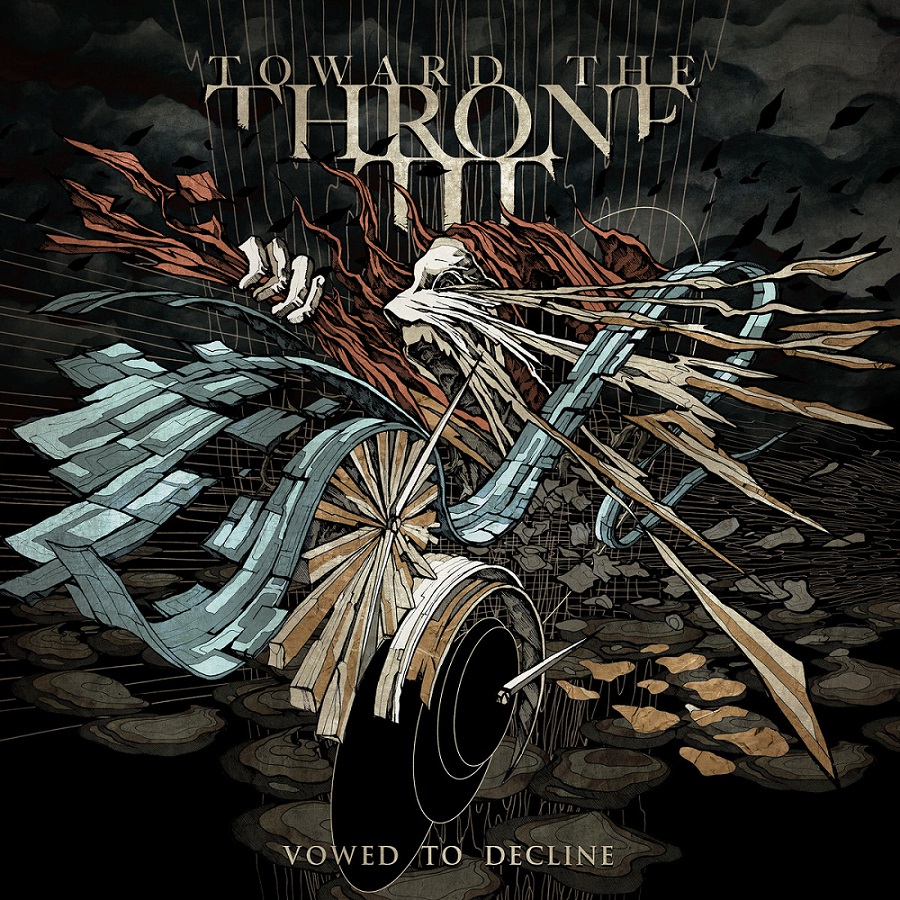 We begin with Opposed (In Every Way), a song with a majestic introduction that will be broken by screams. Bloody harmonics come to life on this dark and solid basis, then Neogenesis confirms my first impression: the band moved forward. We find hints of technicality like darker tones, that continue on the hooking In the Name of Salvation, a composition that melts groove and impressive sound. The contrast between the abrasive rhythmic and mystical orchestrations is interesting, allowing the band to to use some leads before The Ashes of Pain, a more soaring composition. The arrival of the rhythmic offers some raw Thrash influences to weight the song down, then the wonderful final drives us to Still, Denial, a quite melancholic song. Whether the rhythmic is still quite simple, it is really haunting, endlessly feeding a seizing song, while Per Ignes Mortuus reconnects with blackness and mystical tones. The song also offers dissonant sonorities coupled to a rhythmic that know how to burden itself, then From Contempt to Graves goes back to raw strength. Once more, dissonant harmonics enter the rhythmic to create an abrasive relief, then a sample breaks this pure violence before it comes back. The Sorrow melts melancholy and fast tempo to create a whirlwind of heady feelings, then we have those melodies with a stronger blackness on The Sower of All Our Beings, a hooking and energetic composition. The song seems to be more modern, especially with those jerky riffs, while Black Metal influences appear on The Inevitable Trail of the Fall, a quite long composition. Prog elements also haunt the rhythmic, that will slow down during an airy break, then musicians give the best of themselves to feed this wall of sound until Blown Dust: A Pointless Story, a melancholic outro on piano, that allow them to beautifully close the album.

This album is not Toward the Throne’s first attempt, but it is more than convincing. Between majestic melodies, solid rhythmic and rage, Vowed to Decline describes an announced end, anchored into Death Metal but also into several influences.