Withering Soul is back with Last Contact, its new album.

Created in 1999 in the United States, the band is currently composed of founding member Christopher (vocals/guitar, Blood of the Wolf, ex-Veneficum), accompanied by Rick (drums, Blood of the Wolf, Matianak…) and Wilder (guitar, Wilder Falotico) for this third album. 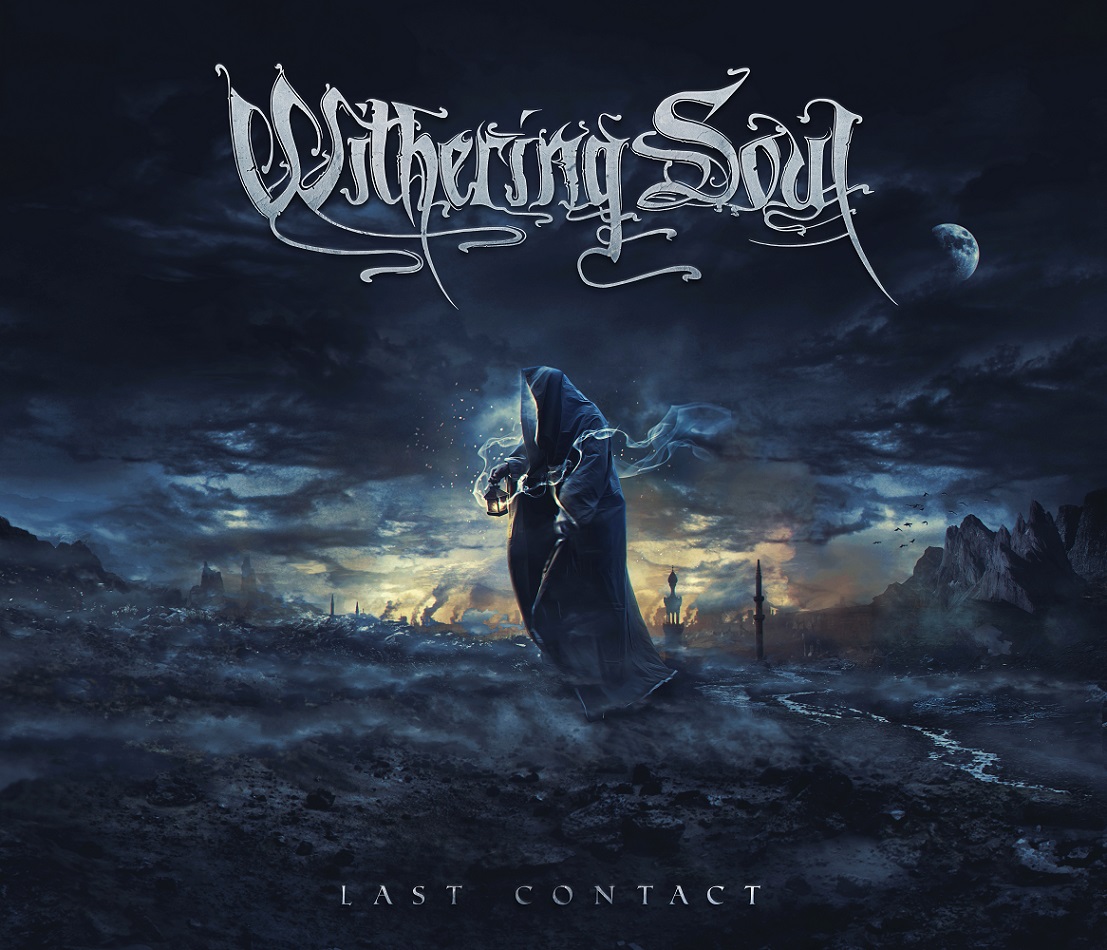 We begin with Visitation, a short introduction that unveils both the dark and melodic potential of the band’s sound before Allegory of the Void that immediately strengthens the rhythmic. Vocals also join this solid and sharp storm of Black Metal, increasing dissonant harmonics, just like on the heady Carrion Reflection and its majestic fastness. The song lets bass an important place, creating a quite Old School sound to support those piercing and ice-cold melodies, then Of Blackened Pillars shrouds us into a melancholy that will be crushed by the rhythmic. The song is long and allows the band to unveil all its blackness, but also a clean sounding part, then the storm comes back before Ascent to Madness and its progression into suffocating darkness. The band walks with us with a weighing sound, then piercing melodies surface again on Into the Harrowing Expanse, a more technical song than the others. The thick rhythmic melts to airy sonorities, then the warlike The Transcendence of Night spreads mystical tones to create an as intriguing as delightful contrast. The album ends on the mysterious Uncharted Course, a surprising composition that melts a melancholic and fascinating atmosphere with heavier parts.

Withering Soul’s universe is as rich as dark. Heady and mystical melodies on Last Contact create a vortex of blackness in which the band pours its rage, its melancholy and above all its creativity.